American born Bill Kazmaier had an exceptional career as a powerlifter in the 70s and 80s. His success rate in competitive strongman and powerlifting events is something that very few people have ever been able to achieve.

His training and workout ethics are still admired today, even though it has been almost 30 years since he competed professionally.

We still love watching some of the old videos and decided that our site was missing a dedicated page about a great icon.

Let’s start with some of Bill Kazmaier career info.

How Successful Was Bill Kazmeier?

There are two parts to Bill’s career, and they are equally impressive.

Football was his main sport during high school and university, but he quickly realized that he was able to hit the weights a lot harder than most of his fellows.

By 1978, Bill Kazmaier decided to compete in the Amateur Athletic Union competition.

He competed in the 275-pound class and took first place, despite it being his first experience in a competitive powerlifting event.

To do this, he successfully deadlifted 804 lbs, bench pressed 534 lbs and squatted 782 lbs.

Over the next few years, he went on to win national and world powerlifting championships multiple times, while setting some amazing new world records.

But in order to prove that he was the world’s strongest man, he had to advance his reputation in other competitions. 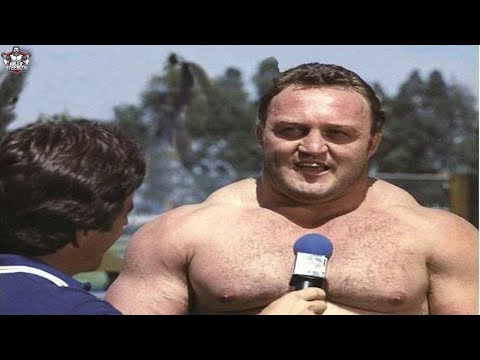 Bill Kazmeier started competing in the World’s Strongest Man championships in 1979, and on his first attempt came 3rd.

But that only lit a fire that would result in him winning the competition the next three years in a row.

It wasn’t just the fact that he won three times, but he won by completely dominating over his fellow competitors.

There are several old interviews where Bill Kazmaier said that he firmly believed he was the strongest man in the world, which he definitely proved.

The question is, though, how did he achieve this?

Over the next few years, he went on to win national and world powerlifting championships multiple times, while setting some amazing new world records.

But in order to prove that he was the world’s strongest man, he had to advance his reputation in other competitions.

I’ll first show you how Bill split his training routine over four training days. Then we’ll look at how this training plan shifted the weight load over a ten-week period. 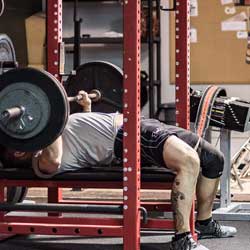 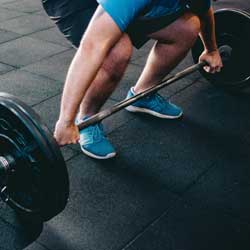 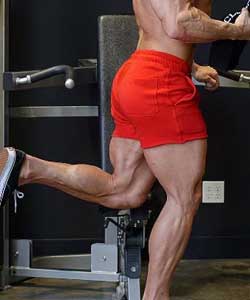 As you can see, his training routine is a mix of light and heavy loads split out over multiple days, and even on the individual days, each set would bring gradually increasing loads.

To prepare for a competitive event, Bill Kazmaier used a 10-week plan that involved gradually overloading the weight for wide grip and narrow grip bench press, deadlifts, and hammer curls, among others.

The light day loads would usually stay the same as the weeks progressed. But he would gradually add more sets for the heavy days.

That is a staggering amount, but even if you don’t get close to that, the routine shows how you could plan out your routine over several weeks.

Now let’s look at what Bill Kazmaier would eat each day.

How Did He Handle Nutrition?

I would love to be able to give you details of what Bill Kazmaier’s meal plan looked like.

But despite spending over 10 hours of YouTube clips, there are only some rough details I could find about the Bill Kazmaier diet.

One of his friends said that he would easily gulp down a gallon of milk as part of breakfast and that his dinner looked more like a buffet.

We pulled in one of our dietitians who did some estimating based on Bill’s training plan, and the numbers are quite staggering.

She estimated that Bill probably consumed between 5,000 and 7,000 calories per day. That’s like eating 3 breakfasts, 3 lunches, 3 dinners, plus snacks. Back in those days, there were no mass gainer supplements.

For the Bill Kazmaier training and diet, it was all about eating. Supplements were most likely out of the picture.

Yes, Bill Kazmaier still lifts weights, and most people a third of his age would struggle to keep up. While he doesn’t take part in competitive events and the weights have gone down a lot, he still loves to spend time at the gym.

What Records Did Bill Kazmaier Break?

Bill Kazmaier broke many records, and some of them he kept breaking multiple times. His most notable records were a 914.9 lbs squat, overhead log lift of 375 lbs, 661.4 lbs bench press, and an 886.7 lbs deadlift.

Would You Be Able To Handle The Bill Kazmaier Training Routine And Diet?

The amazing thing is that many powerlifters these days haven’t changed things all that much. But it’s a level of dedication to gradual overload that so many people fail.

Now, I know that the numbers above are very high.

But you could adjust them for your own goals and see how from one week to the next things might improve.

Let us know on social media how it works out for you.