Published by Connor Sellers
Fact checked by Donald Christman, BHSc FACT CHECKED
Methodology
We personally test every product featured in our reviews and guides. By ordering products anonymously and getting a group of independent testers, we are able to get first-hand experience and provide data-driven recommendations. Learn more.

Nootropic supplements have become increasingly widespread, and one question I often get from clients is whether these natural supplements have cognitive-enhancing effects like prescription drugs.

To get you the most accurate answer to this question, I teamed up with a nutritionist and nootropics expert to research scientific studies on mental alertness and other cognitive effects with nootropic ingredients.

As it turns out, you have to be careful about the types of ingredients you choose, as some of these supplements focus on brain health while others focus on cognitive ability and even sleep. Yes, some nootropics are cognitive enhancers that can help healthy people become more focused and motivated.

They can also help reduce mental fatigue, but it entirely depends on the types of ingredients in the formula.

In some cases, nootropics are even recommended by doctors for people with cognitive impairments like Alzheimer's disease [1].

The ingredients might often come from alternative medicine, but in many cases, there’s plenty of modern scientific evidence to support the benefits for brain functions.

It’s also important to distinguish between natural nootropics and prescription medication that would be classed as mental performance-enhancing drugs.

While taking prescription nootropic drugs can cause the fastest reactions in the brain, a dietary supplement can have similar effects that build up over a few days but with little to no side effects.

What Is The Meaning Of Cognitive Enhancer?

The term cognitive enhancers means any natural or medical substance that has a proven benefit for treating cognitive deterioration due to injury or illness [2].

These can include strokes, ADHD, Alzheimer’s, and even schizophrenia.

When a healthy person takes such a drug or supplement, it can enhance cognitive functions like working memory and mental alertness, even during extremely busy and otherwise stressful times.

Both types of nootropics aim to improve your brain function by boosting certain neurotransmitters like serotonin and dopamine.

The result can be a better mood, happiness, laser-like focus, and more motivation.

Do They Work As Well As Smart Drugs? Some natural nootropics can work as well as smart drugs designed for pharmaceutical cognitive enhancement.

But you shouldn’t expect them to work to the same degree and as fast as prescription medicines can work.

It’s also important to note that people with severe attention deficit hyperactivity disorder or other cognitive impairments may still be better off with a medically prescribed drug.

While natural nootropics can work very well, it should be a doctor who decides what the best option is in more severe mental health cases.

Next up, I want to show you a few ingredients that my dietitian highlighted and some studies to back up their use for mental alertness and focus.

I’ll follow my nutritionist’s lead and just call it PS, and the most interesting thing about this ingredient is that it has been proven to have a significant effect on focus and concentration without distractions [3].

“Phosphatidylserine (PS) is an amino acid derivative compound that is fat-soluble and found in high amounts in the brain, where it contributes to cognitive functioning.”
- Kamal Patel, MPH, MBA

This amino acid is common in workout supplements, but studies have also shown that it can influence your level of focus and problem-solving skills [4].

It can also work very well in combination with caffeine, so it might be a good idea to take L-Theanine as a pre-workout with a morning coffee.

While this is common in traditional medicine, there is also plenty of evidence that this herbal extract can influence the central nervous system and overall brain cell health [5].

And the healthier the brain is, the better it will function.

This mushroom extract has been shown to help with anxiety in social situations by reducing the effects of stress [6].

That reduced stress will also remove a lot of distractions that can influence how well you can handle daily tasks for family life and work.

What Is The Fastest Way To Improve Cognitive Function?

The fastest way to improve cognitive function involves improving brain health, neurotransmitter balances, and overall blood flow. While you can achieve some of these quickly with prescription medicine, nootropics can be just as effective in the long term.

Yes, cognitive and mental enhancement is legal, especially when it involves natural nootropics. Some prescription enhancers are on banned substance lists for competitive sports, but it’s best to discuss those with a doctor [7].

Boost Your Cognitive Function With Nootropics

If you want to improve brain function and mental alertness without the risks of medical drugs, then you should definitely consider nootropics.

Our team has spent many months testing dozens of these supplements to come up with lists that are ideal for what men and women might need:

Find out how much of a difference they can make on your cognition, focus, and motivation for life and work. By Connor Sellers 2 months ago
Can You Overdose On Testosterone Drugs? (The Answer)

By Connor Sellers 6 days ago
The Calisthenics Diet
What To Eat & What Supplements To Take? By Connor Sellers 12 mins ago
Do Nootropics Actually Work? (Explained by a Dietician) By Connor Sellers 3 days ago
Do Nootropics Have Side Effects? (Everything Explained) 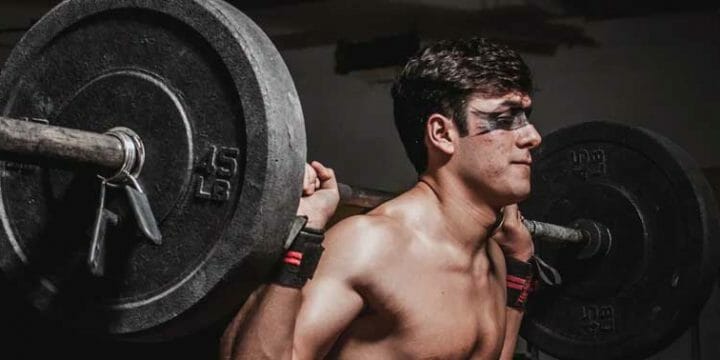