Creatine vs Creapure - Which Form is Better?

No serious athlete is a stranger to creatine, no matter if they're a bodybuilder or some other professional sports player.

It's an essential part of their fitness routine for many good reasons, including building muscle mass, strength, and endurance. But, not all creatine is equal.

So, how does Creapure compare to creatine?

Creapure is a brand name for pure creatine monohydrate made by the German company AlzChem Trostberg GmbH. It's essentially a purer form of creatine.

However, to better understand what Creapure is, I need to explain some basics to you. 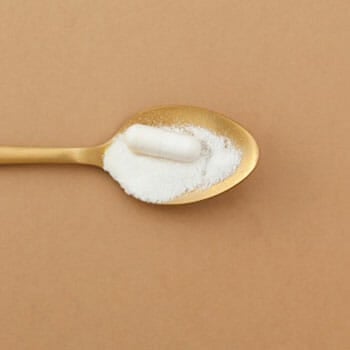 Creatine is an essential amino acid our bodies produce naturally. It has a vital role in transporting and storing energy in our muscle cells.

Like other substances, it's processed by our liver and kidneys.

Research has discovered that creatine is the most effective supplement for high-intensity training, explosive activities, weight lifting, sprinting, football, baseball, and other sports that require short bursts of energy [1].

The adult human body has 80–130 grams of creatine, which is just half of what we need, and spends between two and four grams per day with regular activity.

Since high-intensity training requires higher creatine intake, we need to consume it in the form of a dietary supplement. 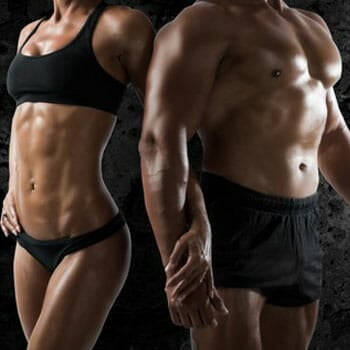 Creatine supplementation works by giving you more energy to sustain more reps. Every time your muscle cells contract during a workout, they lose phosphate and transform into ADP (Adeno-diphosphate).

Since your body can't use ADP to create the energy, it dips into your energy storage — phosphate creatine reservoir (PCR), during a workout, takes a phosphate and transforms the ADP into ATP (adenosine triphosphate).

How to Supplement with Creatine?

You can supplement with different types of creatine available on the market, and some are even marketed with bold claims not supported by research. Creatine monohydrate is the oldest, most studied, and used form of creatine. Hundreds of studies support its effectiveness and safety.

Some of the Benefits of Creatine Use Include: 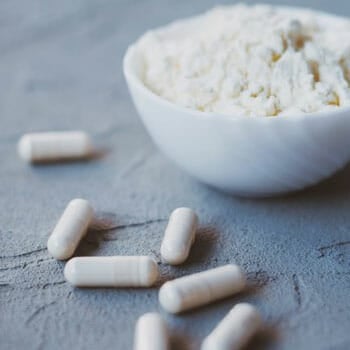 The technical process of making this specific creatine monohydrate is what makes it purer compared to other types of creatine. AlzChem uses specialized facilities where they purify regular creatine monohydrates from dicyandiamide (DCD), Dihydrotriazine (DHT), Thiourea, and Creatinine (CTN).

While most creatine supplements on the market have 99.9% creatine and a couple of other ingredients, Creapure contains 99.99% pure creatine monohydrate.

Even though it’s just a 0.09% difference, many athletes prefer Creapure since even that amount of creatine can make a huge difference in their performance. 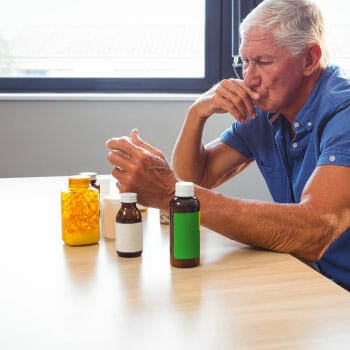 The advantages of taking Creapure over the traditional creatine monohydrate are more than apparent.

Still, Creapure is way more expensive than regular creatine monohydrate because of the additional purifying processes it goes through.

So, you should seriously consider if it's worth the extra price.

Many professional athletes, myself included, believe it's worth it and are willing to pay extra for the difference that 0.09% make.

They're usually present in creatine when inferior raw materials are used in its production.

Its pharmaceutical and toxicological properties are still unknown, but researchers discovered that it's structurally similar to compounds that have shown to have carcinogenic properties.

This is another reason many creatine users decide to use Creapure.

Creapure vs Other Forms of Creatine

Creatine Ethyl Ester (CEE) is very popular because, unlike other creatine supplements, it's easy on the stomach.

It doesn't cause the most common side effects, but researchers have discovered that it's neither better nor worse than regular monohydrate.

CEE is also popular because it can be taken in smaller doses than regular monohydrate, delivering the same results.

Due to this, it can be used in lower doses (1.5 grams per day compared to the standard creatine monohydrate dose of 5–10 grams), hence avoiding common side effects, such as an upset stomach.

Buffered creatine, or kre-alkalyn, is a blend of regular monohydrate creatine and alkaline powder. It was made specifically to improve creatine’s stability in the stomach. It increases your power and reduces side effects such as bloating.

Even though popular, liquid creatine is less effective than other forms because creatine breaks down if sitting in liquid for several days.

Creatine magnesium chelate is essentially a monohydrate with an attached magnesium molecule. It's as effective as other forms, but not better.

What all these types of creatine have in common is that they're mass-produced. Hence, you can't know for sure how pure they are unless you thoroughly study each ingredient.

On the other hand, Creapure is 99.99% pure, which is essential for muscle growth and performance increase.

3 Reasons to Switch to Creapure

If you still can't decide on whether you should switch to Creapure, here's a shortlist of key reasons that will persuade you:

As I mentioned, Creapure contains 99.99% pure creatine, which is essential for every serious athlete. It guarantees quality, power, and more muscle mass.

Since it’s purer than other creatine supplements, Creapure has a higher concentration of phosphocreatine that replenishes your ATP reserve sooner.

This gives you more power and enables you to last longer in the gym. This means that you'll increase your number of reps which will then show in your muscle growth.

Creapure benefits will show in a larger muscle mass. Since creatine pulls water in your muscle cells to trigger protein synthesis, your muscles will swell mainly from water when you start taking the supplement.

However, later it will be actual muscles — a result of your hard and extended workout.

During exertion, creatine users notice a smaller decrease in muscle pH. As you know, creatine supplements are incredibly beneficial in sports that require speed and explosiveness, such as sprinting, long jump, or swimming.

Bodybuilders who engage in intensive strength training improve performance in the areas of maximum strength and endurance by using a creatine supplement.

When Should I Take Creapure? 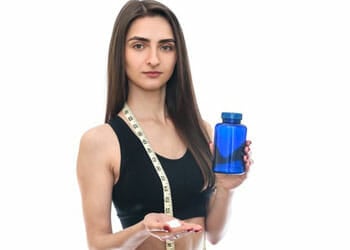 You should take Creapure either less than one hour before or immediately post-workout. Using it after the workout is more beneficial since high-intensity training stimulates blood circulation and supplies cells with creatine more quickly.

Nevertheless, you can take Creapure when most convenient to you.

For the best effects and most benefits, you should take creapure continuously. Therefore, it is recommended for one to have a daily dose of 3–5 g of creapure.

Creapure vs Creatine - Which Form is Better?

All types of high-quality creatine supplements can do wonders for your muscle mass.

However, if you can afford it, I'd recommend switching to Creapure since nothing beats that 99.99% purity that will bring you muscle growth, power, and strength much faster than regular creatine. 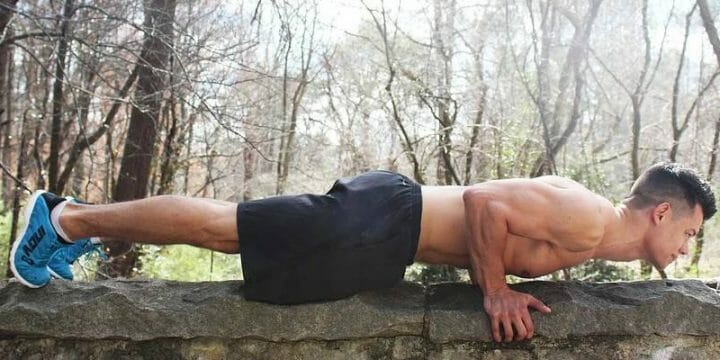 Fitness 8 months ago
Calisthenics For Beginners: The Ultimate Guide 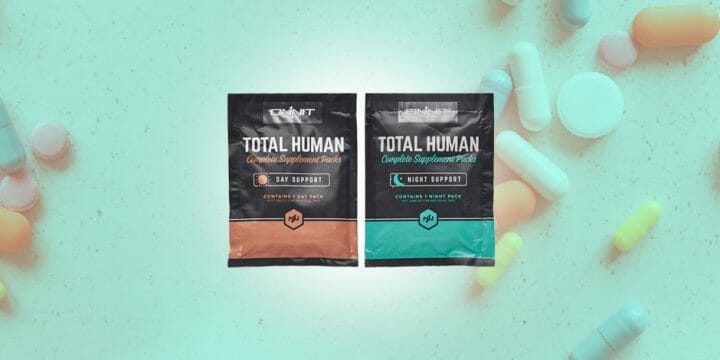 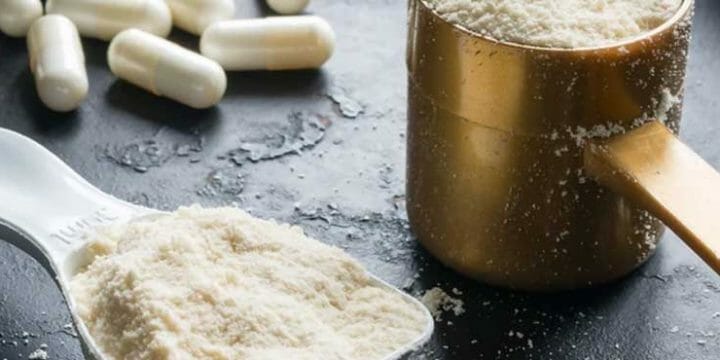 Supplements 1 month ago
Creatine vs Beta Alanine: Should You Take Them Together? 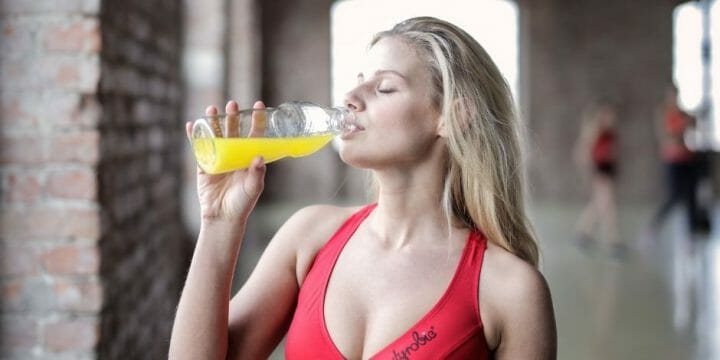