If you’re looking for the raw energy and focused power of a gorilla in your workout, then this might be the supplement for you.

In this review, we’re going to look into the claimed benefits of this pre-workout and the other supplement facts to find out whether it is Gorilla Mode.

Read on if you want to find out more about this new highly hyped supplement.

​What Is Gorilla Mode?

From the same company that made the Gorilla Mind Rush nootropic supplement, Gorilla Mode is a pre-workout that claims to provide the maximum dosage of all the pre-workout ingredients that they think work.

It delivers on that promise and pound for pound, it packs far more of a punch even at half dose than most other pre-workouts on the market.

Following in the footsteps of the other products in the Gorilla range, they aim to be a market disrupter by offering a level of quality quantity not seen before and doing so at a budget-friendly price. 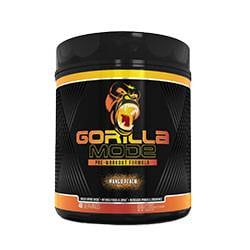 ​​The pumps are almost too painful and the cardio boost is unreal.
- ​Mike Cernovich, Gorilla Mind creator, filmmaker, and journalist

This should mean that the product has little to no filler and has a noticeable and powerful effect, but we’ll get into that a little later.

Company head Mike Cernovich is a problematic figure, to say the least. He has in the past had ties to the alt-right and was a figurehead behind the spread of the ridiculous Pizzagate conspiracy theory. His past attitude and comments on rape, feminism, and masculinity are all disgusting, but he has been treading a less political and more balanced path as of late.

​Not that these objectionable things affect his ability to make a great nootropic or pre-workout, but all things considered, I would personally like to know these things before giving money to him or his company.

Gorilla Mode works because it contains a high dose of products proven to work. Most pre-workouts are pixie dust containing some taurine, vitamin B12, and caffeine.
- Mike Cernovich, Gorilla Mind creator, filmmaker, and journalist

​A full daily dose of two scoops of Gorilla Mode contains the following:

​How Does Gorilla Mode Taste? 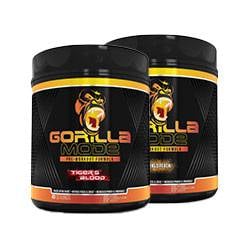 The original is Tiger’s Blood which is a mix of strawberry, watermelon, and coconut.

The second a much smoother fruit punch mix of mango and peach.

Bearing in mind the high dose of quite serious ingredients I was surprised at how good it does taste. No doubt that this should belong to the best tasting pre-workouts supplements.

​However, you need to remember this is still a pre-workout that isn’t messing around, and can still elicit a grimace on an empty stomach.

​How Much Gorilla Mode Can You Take?

​The recommended dose for Gorilla Mode is two scoops a day.

New users are advised to take a half or even quarter dose when they first start to get a feel for what they need — going over two scoops though is both discouraged and inadvisable.

The recipe already feels a little like throwing as many ingredients as possible at the body and seeing what sticks.

​How Well Does Gorilla Mode Mix?

​Given the long and potent ingredients list, you’d be forgiven for thinking Gorilla Mode would be hard to mix.

I thought I might have to use a cement mixer to get it to combine correctly. But it genuinely incorporates a lot easier than I thought.

There is a certain level of trial and error working out the right amount of water for the viscosity and texture that you like, but other than that, any shaker should be able to handle it.

​We’ve spoken a lot about the numbers for Gorilla Mode, and that it contains more of the ingredients that matter, but what do these ingredients do?

Let’s look at them in a little more detail.

​This ingredient has a two-fold effect and is found in almost every good pre-workout on the market.

L-citrulline is the most effective supplement at boost nitric oxide (NO) levels in the blood, and nitric oxide has an active role to play in cardiovascular health [1].

The second benefit has to do with a significantly increased muscle endurance and a reduction in soreness, meaning you can go harder, longer, and with more regularity [2].

​Creatine is the go-to ingredient when it comes to physical performance. Studies have shown that it can impact strength and muscle size and so if you’re looking for a serious pump, you shouldn’t be using a pre-workout with it [3].

The effect of the ingredient is owed to its ability to increase phosphocreatine stores in the body, which is used during intense exercise to produce ATP [4].

Related Article: What Happens When You Stop Taking Creatine?

​Glycerol powder, when added to water, can help you hyper-hydrate your muscles by preventing the natural drop in osmolarity, which causes your kidneys to drain the excess water [5].

Hydration is one of the most important factors when it comes to endurance, with just a 2% loss in hydration, causing a 20% drop in performance which is coupled with glycerol’s studied improvement to aerobic and anaerobic exercise as a whole [6].

​Betaine is another ingredient whose primary reason for inclusion in your scoop per day is to help improve hydration.

There are also a few studies that show it may reduce your risk of cardiovascular disease and helps to improve digestion [7] [8].

​This one is for your mind more than your body, but the effects felt will help you increase your focus levels, energy, and mood.

The manufacturers claim it is the most bioavailable form of tyrosine, and it is an amino acid that enhances cognitive function by balancing the neurotransmitters in your brain [9] [10].

​This is another ingredient focused on improving the NO levels in your blood.

Agmatine has shown in studies to be much more effective than arginine, which is used in many other pre-workout supplements [11]. It is also said to manipulate the body’s pain receptors, allowing you to power through a more intense workout [12].

​A mood enhancer and cognitive aid, kanna is included to increase the amount of serotonin available to the brain. This results in an ingredient that can lower stress levels, improve focus, and elevate your overall mood [13]. Working out should make you feel good, and serotonin release is a big part of that.

​Unless you are caffeine-sensitive, there should be no question as to why it’s included in your pre-workout. Its effects include improving both brain and body function, as well as increasing the number of calories you can burn, which are well documented at this point [14] [15].

There is simply no other ingredient that can do a better or more precise job at getting you amped up and performing at your best.

​Gorilla Mode, owing to the company’s past efforts in the nootropic field, focuses just as much on giving your mind what it needs per day, as it does to the body.

This is another ingredient that looks to enhance your mood, improve energy levels, and generally give you a better overall mental state of being [16].

Effectively, it means that other ingredients in the workout hit harder and last longer.

​As mentioned before, this pre-workout helps you to work on your brain muscle as much as your body muscles. Huperzine is one of the most essential ingredients when it comes to brain health [18] [19].

It will help deliver your body the energy and focus to perform in the gym but also act to improve memory and cognitive function in the long run as well. You have to respect a pre-workout that gives as much to your mind as it does to your body.

*​Note: The ​formula is getting an update. Check out this video:

​Should you cycle off of Gorilla Mode?

​As with any stimulant, in order to see the best effect for prolonged periods, you should cycle off of Gorilla Mode for 5-7 days in any given month. The manufacturers recommend replacing it with one of their nootropic stacks during this period.

​Can you combine Gorilla Mode with the nootropic stacks offered by Gorilla Mind?

​Gorilla Mode already contains its very own blend of cognitive enhancers, and so you shouldn’t need to. The manufacturers also state that a full dose per day should not be combined with a full dose of Gorilla Mind Rush.

That being said, it could be combined with Gorilla Mind Smooth, which can help reduce stimulant jitters for those sensitive to caffeine.

​Gorilla Mode doesn’t contain any ingredients that set off the usual alarm bells, but neither is there any confirmation of it being vegetarian or vegan. The Gorilla Mind Rush capsules are made from gelatin, which is a little confusing as the namesake gorilla itself eats a mostly vegetarian diet.

​Why ​doesn’t Gorilla Mode ​have ​some of ​the ​ingredients ​commonly found in other pre-workouts?

​There are a few ingredients notably absent from the Gorilla Mode formulation, such as beta-alanine and leucine. This is due to Mike Cernovich’s research and that of his formulators into the benefit and side effects of these ingredients.

​Beta-alanine doesn’t provide enough of a boost in performance to warrant the itchy skin that it causes. Leucine, while effective post your  workout, is found to inhibit performance if it is taken before.

​Is Gorilla Mode Worth It?

It packs a serious punch when compared to other pre-workouts on the market with a much higher daily dose of the ingredients that it thinks work.

Its efficacy is apparent, and most users report feeling a sharp rise in focus and power from the supplement. With such a full daily dose, you are getting a lot of bang for your buck.

​The value per scoop is excellent compared to other pre-workouts on the market, especially if you decide that a half or even quarter dose is enough.

There is also the fact the company also produces and has extensive experience in the cognitive enhancement department with Gorilla Mind, which means the pre-workout also has a much stronger nootropic effect than most.

I think Gorilla Mode is worth trying. If you’re curious, you can gauge the effects for yourself.

There is no doubt that it is one of the strongest on the market, and the research and passion that has gone into its formulation is noted.

Connor Sellers is a personal trainer and senior coach at Total Shape. His mission is to inspire people to relentlessly pursue their fitness and lifestyle goals. He believes staying fit has an overall positive effect on one’s body, mind, and spirit. Read more about him here​. 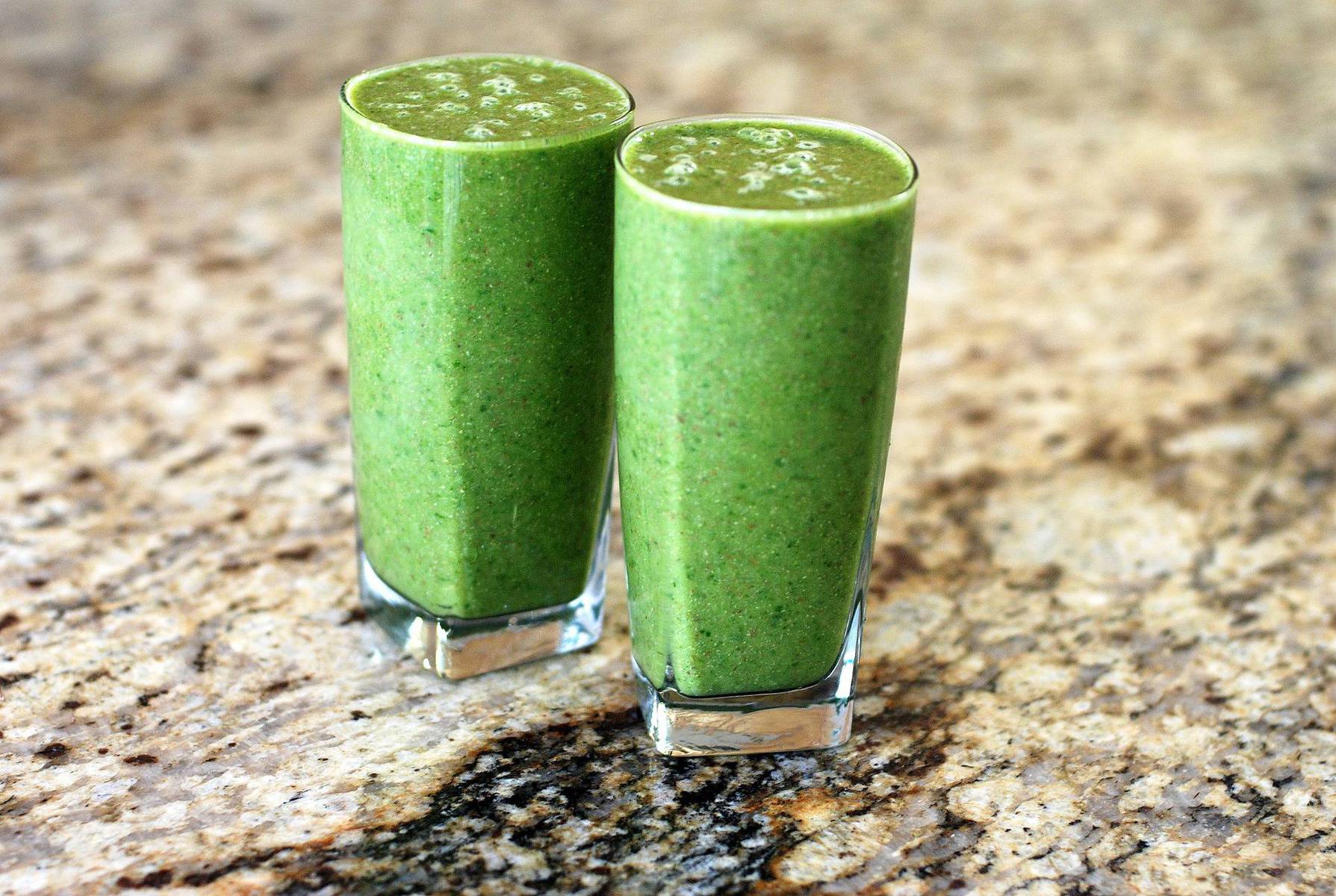