There is no denying the fact that Michael Phelps is not just the best swimmer in history, but also possibly one of the best athletes, period.

Over the years, there have been many reports on his daily workout routine, pool training, and diet.

So we decided to gather some information from interviews where he revealed his recipe for success that led to his 23 Olympic gold medals in swimming.

From a very early age, the Michael Phelps training routine was geared towards breaking the competition.

In one interview, Michael Phelps revealed that there was a 5-year period in his teens where he didn't miss a single day of training. That included birthdays, Thanksgiving, and even Christmas Day.

Here's what a normal Michael Phelps workout plan looks like:

And yes, I said a normal day. This is not when he's preparing for major competitive events where he might add another 2 hours a day of physical training and other sets of workout.

During those major preparations, he would also make sure that he doesn't miss a single day in the water, which means that his single rest day per week, doesn't mean he sits on the couch.

His coach Bob Bowman once said that they had calculated that this workout routine would give them at least 40 extra days of fitness and technical stroke training each year.

It certainly would explain why he was so dominant at the Olympics.
"If you want to be the best, you have to do things that other people aren't willing to do."

When you look at the above Michael Phelps workout and the timing plan, then you might think that there's plenty of scope for chilling out.

In reality, though, this time is needed for the Michael Phelps diet.

Still, that's a ton of food to chew through every day.

Here's what's typically on the menu for three meals a day.

The one thing that stands out is that he doesn't seem to believe in avoiding things typically “unhealthy” stuff like burgers and pizzas.

You also might want to check out Dr. Peter Attia's Diet and Supplement stack 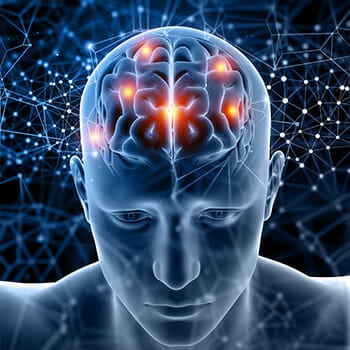 Something else that Michael Phelps takes seriously is his mental training that he claims helps him both in and out of the water. Mental training is a huge part of Michael’s workout.

According to his coach, it's his mental frame of mind that sets him apart.

From a young age, he would spend hours every night visualizing a swim race. He would do this from his own perspective, as well as imagining himself watching from the stands.

Through repeated visualizations, he would also prepare for mishaps like his suit ripping or the goggles coming loose.

And it seems like this visualization helped him to one of his gold medals in London 2012, where he had to swim blind for most of the race [2].

Another thing that Michael Phelps has talked a lot about in recent years is the importance of rest and recovery. This requires a certain cocktail of supplements.

This includes a serving or two of protein and creatine every training day to help him with intense, powerful workouts. But it also involves family time now that he's a dad.

After long days of fitness training and eating, he spends quality time with his family to try and switch off from his exercise drills altogether.

His spare time also involves playing golf and going fishing where his number one rule is disconnection from the world by leaving his phone at home.

There's no doubt that the Michael Phelps workout routine is geared towards maximum fitness. There are no free days off during the week.

And ultimately, that would explain his amazing success.

But what might be more challenging than doing specific workouts 5 hours a day is the amount of food you'd need to eat not to lose weight.

Let us know on social media if you have some personal experience with such a plan.