Will a Pre-Workout Supplement Affect a Drug Test?

I recently had a client who had to take a drug test for work, and he was concerned with testing positive due to pre-workout.

He wanted my advice on whether it's safe to continue taking the pre-workout or if he should stop, so I did a lot of research on the topic. Not surprisingly, the answer is more complex than it appears.

Here’s what you should know about how pre-workout affects drug tests.

Will Pre-Workouts Affect a Drug Test? 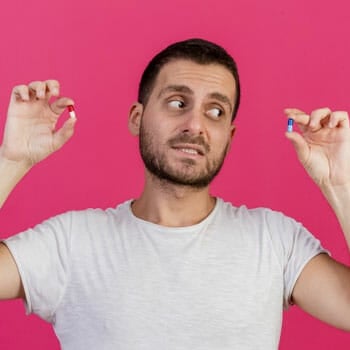 Yes, there are some pre-workouts that will affect a drug test.

Here’s what happened with Craze, a pre-workout supplement that gives an energy boost.

In 2012, it was Bodybuilding’s “New Supplement of the Year.” Then, the military prohibited using Craze after its service members failed drug tests.

Several labs tested the supplement and found other ingredients apart from caffeine, creatine, and nitric oxide, which aren’t listed on the label.

This led to the decline of the supplement’s status, and it's being pulled from sale on many sites. 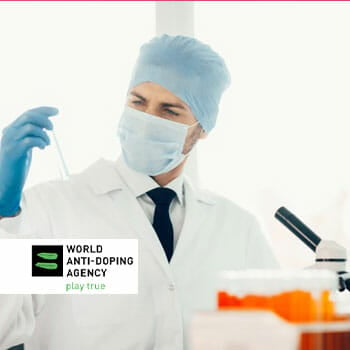 WADA is the agency that’s been in charge of testing athletes for the Olympics.

They have a list of all banned substances, which is always published and available to everyone.

If WADA tests an athlete and they have a banned substance in their system, they’ll get suspended.

It sounds straightforward, but it’s a little more complex in reality.

While many banned supplements are listed, such as testosterone and narcotics, there are also other substances, for example, stimulants such as ephedrine.

The list isn’t easy to understand because it lists substances by their chemical composition, which isn’t easy for an average person to understand. There’s a chance that people test positive on the test.

The question of whether pre-workout will affect a test is more complex because athletes and regular gym-goers take supplements such as protein powder, creatine, and others.

People will think they’re following the rules because none of these are anabolic steroids, amphetamines, or drugs.

However, supplement companies can slip banned substances into the supplement to make it more powerful. What’s more, they can get away with this because the companies aren’t legally bound to list all the ingredients on the labels.

Why Does an Athlete Test Positive on Drug Tests?

To sum up, there appear to be three things that lead to an athlete testing positive on a drug test:

Manufacturers adding banned substances without listing them on the label.

Users missing the banned substances on the label.

If you’re into pre-workout supplements for fitness support, you might be ignorantly using pre-workouts with banned stimulants which are listed on the label. This happens because people believe that if something is sold over the counter, it’s safe to use.

In fact, if something is sold over the counter, it doesn’t mean it isn’t banned.

Athletes consciously using a banned stimulant, such as steroids or drugs.

We cannot discount that some might actually be using banned substances to support their workout goals. In these cases, an athlete will test positive on a drug test even if his pre-workout is void of any illegal ingredients.

The US Anti Doping Agency

The Anti Doping Agency is in charge of regulating pre-workout supplements and drug testing in the United States, and they have a list of high-risk dietary supplements on their website.

There are some obvious supplements listed, but there’s also plenty that isn’t.

It comes down to this: supplement brands want to make money, and the best way to do that is to sell stimulants that will create good results, which will lead to buzz and posts on social networks, so everyone will want to buy them.

And, because the FDA doesn’t check the supplements, the companies can put whatever they want in it, and athletes are the ones who take the fall.

"The FDA doesn't regulate any supplements, so anything you buy from a health store, branch chain amino acids, protein, it's really not regulated. When you try to go through an ingredient list, it's hard to go through because you don't know what a lot of it is, so you can get yourself in trouble without even realizing it." - Christina Horford, a personal trainer

How To Be On the Safe Side? 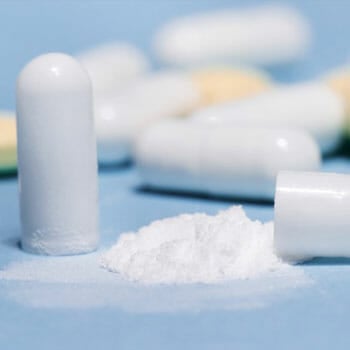 This isn’t an easy question to answer, as there isn’t a fail-proof solution, but there are some guidelines you can follow.

For example, if you see a supplement with DMAA in its contents, you can go to the US Anti Doping organization website, and once you see this is prohibited, you can stop using that supplement. (1)

Another good idea is to ask around. Check with other athletes, work colleagues, or gym-goers what pre-workout they are taking and if they have been tested.

Always try to educate yourself and stay in the know on the current happenings with the supplement you’re taking.

Read as many articles as you can. Learn about c4, and how caffeine-containing product affects you, and why some organizations are banning both c4 and caffeine. (2)

Ultimately, someone who is taking a supplement is rolling the dice.

What’s more, if you play a sport professionally and test positive, it will have a severe impact on your life, as neither WADA nor the US Anti Doping Agency will accept the complaint.

If you're worried about a drug test at work, chances are you'll be alright.

Even if the test turns out positive, you can always request further testing, which will show the trace amounts are from the workout supplement and not drugs.

Be extremely careful with what you get into your body. Follow the guidelines above for staying safe, and most importantly, invest in trusted pre-workout supplements and never buy from sources that aren’t reputable.

Do you have any experience with supplements and drug testing? Let me know in the comments below.

Equipment 10 months ago
Bowflex vs PowerBlock Dumbbell
Which One Is Better?