Connor Murphy: Steroids or Natty (From a Trainer)

I get it; the bodybuilding and fitness industry has a lot of steroid users.

And when people go through sudden and extreme changes in body composition and a drastic reduction in body fat, the rumor mills kick into overdrive.

But as a personal trainer and strength coach, I also see how much work and effort people like Connor Murphy put into their lean muscle growth.

So, I decided to do some research into whether Conor achieved his physique naturally or with the help of anabolic steroids.

Look, the only person who truly knows whether Connor Murphy has taken steroids is Connor himself, regardless of people's speculations on his body composition.

But some things might hint that he had help with lean muscle mass gains.

We took a closer look at two main areas. 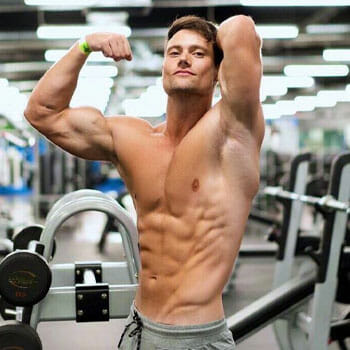 Yes, he’s super fit and ripped, and at 28 years old, he has built up a huge social media following of millions of fans.

The first thing to note is that Connor Murphy started to lift weights when he was 13 years old. So his transformation didn’t happen overnight, as many people say.

The reason for this confusion is that he has admitted that he made great progress from age 13 to 17 and then lost motivation for a few years.

He picked things up again in his early twenties but didn’t have to start from scratch.

The other thing to note is that regular steroid usage often leads to three very noticeable body changes:

And to me, Connor’s body doesn’t show any of these signs unless he’s wearing a great wig and has managed to apply sweat-proof makeup to his whole body.

And his shoulders are not out of proportion to other muscle groups. 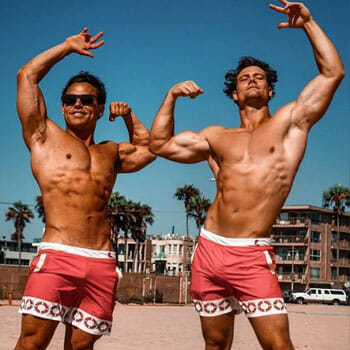 Connor has competed in the NPC Men's Physique category, and some people claim that should be enough evidence that he’s gone through drug testing.

And while the NPC does conduct random tests, they are not known for being the most diligent when drug testing.

So based on the fact that they haven’t proven themselves as a legit natty federation, I would say it’s not enough proof that he hasn’t been taking anabolic steroids.

Personally, I would go with my experience and say that even if there’s no evidence of him having passed any drug tests, his physical appearance is lacking some key evidence.

Why Are People Questioning His Achievements? 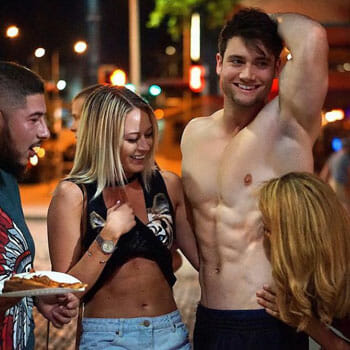 One of the main reasons I think that people have come to the conclusion that Conor Murphy is taking steroids is because they looked at his “sudden” body transformation when he turned 20.

And when people become a lean mass monster in just a couple of years, it can raise eyebrows.

But you have to understand that Connor started bodybuilding when he was 13.

He made big progress until he lost interest at age 17, and he gained body fat for a few years.

But as a young man who gained fat in his 20s, he picked the weights up again and focused heavily on his diet, which he has documented on his YouTube channel.

It seems to me that most bodybuilders who question his natural gains have not allowed for enough genetic potential. What these people don't understand is that it's easier to experience gains when you already have the foundation and know what you're doing.

To give you a true picture of Connor’s gains timeline, we charted out how his physique changed over a period of 10 years.

As already mentioned, Connor Murphy had talked about how he started lifting weights when he was 13 and was able to gain muscle quite quickly.

Looking at old photos, you can see that things rapidly changed when he was about 15.

And that’s probably where he peaked in puberty, and it would explain why building muscle seemed to come so easily for him.

He has also said in interviews that he lost interest and motivation when he was 17 years old and turned a bit flabby for a few years.

That would be a clear indication that there was no steroid usage at that time, as steroids would have had the exact opposite effect.

3. Transformation In His 20s

By his early 20s, Connor decided it was time to change his lifestyle again. And the only way he looked forward was with a drastic change in his diet and training routine to build muscle.

Other bodybuilders had started entering the social media space, so he decided to join their ranks and document his experience and advice in YouTube videos.

And it didn’t take long for millions of skinny college guys to follow him and try to get a similar physique.

Other people rumored to be on steroids:

What Symptoms Of Steroid Use Would He Have Had?

We mentioned above that there are some obvious signs of taking steroids and that Connor doesn’t seem to show any of these.

But it’s important to list out all the things to look out for:

Steroids aim to boost testosterone and growth hormone production. And the body’s natural response for dealing with lots of testosterone is to break it down into the estrogen hormone [1].

This female hormone boost can then lead to the development of breast tissue (yes, man boobs), and the imbalance can also result in significant mood swings, which is one of the most common steroid symptoms.

If Connor were a regular steroid user, then he would have shown signs of hair loss. If he started shaving his head or keeping it really tightly cut, then I’d say this guy might have been taking steroids.

But that’s not the case, so hair loss as a sign is out of the question.

Athletes who go on a regular steroid cycle will also have to deal with a lot of retained water which can become quite visible [2]. Mostly, this would be noticeable around the joints, and it can end up hiding the shape of muscles.

The deltoids and traps of the upper back and shoulders are where the human body has a large concentration of androgen receptors.

It’s one area where you can almost immediately tell the difference between a natural and drug-enhanced body.

“Cause all that it takes is a little reinvention. It's easy to change if you give it your attention. All you gotta do Is just believe you can be who you wanna be. Sincerely. . . me.”

How Big Are Connor Murphy’s Arms?

Connor Murphy’s arms are 26 inches around the biceps. That’s the waist size of some skinny models and an area where he has focused a lot of his training.

How Much Weight Did Connor Murphy Lose?

Connor Murphy lost about 15 pounds of muscle in recent years. This is mainly from a reduction in muscles that was a deliberate effort over a few months.

In Connor's case, I have come to the conclusion that he hasn’t taken steroids.

Those steroid accusations we have seen are all based on strange and anecdotal evidence, but none of it can be backed up by what you actually see.

Natural bodybuilders will know that you can train hard and at the same time put a lot of effort into a healthy diet to achieve completely natural gains.

I have seen this in real life with countless clients who built a hulking physique like Conor over several years. With the help of our recommended safe and legal steroids you may also achieve extraordinary results.

By Isaac Robertson 4 weeks ago
Is Chris Bumstead Natty or Taking Steroids?
A Review on His Natural Status