Is Eddie Hall on Steroids or Natural? (Revealed)

Former Strongman Eddie Hall, aka the "Beast," is known for his revolutionary record in the 500 kg deadlift and has won many a title during his career.

However, his large frame, incredible strength, body weight, and intimidating voice are the characteristics that made people wonder if he is completely natural.

As a fitness expert who has studied various strongmen and athletes, I have noticed some indicators that suggest Hall's potential use of steroids. Let’s take a closer look.

Hall's progress throughout his strongman career was stunning. Although we cannot make a definitive claim that he used steroids, some observations may suggest so.

Some would argue that no one would be naturally strong enough to jump from 465 kgs to 500 kgs on the same day.

Given that his first lift that day was a record he pulled off, and he still had the strength to lift 500 kgs only later that day could indicate possible use of PEDs.

After a contest, most athletes and bodybuilders break from hitting the gym (around one week).

The reason is that extremely heavy lifts put a massive strain on your central nervous system (henceforth, CNS), requiring your body to take a heavy breather before going into more-than-average strenuous activities.

Hall brags some of the strongest shoulders among his strongmen. I noticed something very peculiar about his Axle Press in the 2017 Europe’s Strongest Man.

Other strongmen used a knee jerk to get the loaded axle bar above their shoulders for the initial push. But Hall performed a strict press with all his attempts (including his record-breaking attempt of 216 kgs).

Some say his height could have given him an advantage. Yet, such shoulder power without a knee jerk could indicate the use of PEDs to tackle this event. You can watch the video here. 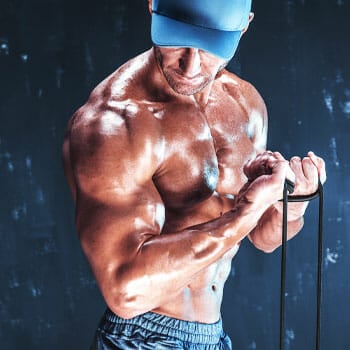 Given his age, Hall’s extremely wide-framed body, large shoulders, and large chest are hard to come by for average bodybuilders.

Most of them who have achieved such hypertrophy have taken steroids.

Given Hall’s weight loss, he has still maintained a relatively large chest, indicating road use.

His current workout focused mainly on cutting weight, yet he seems to have kept his chest size.

A common indicator of anabolic steroid use is nose-bleeds when lifting a heavyweight [1].

During Hall’s world record 500 kgs deadlift attempt, I noticed that he almost immediately suffered from a nosebleed at the top of his deadlift.

Given that nosebleeds are a sign of testosterone use in many athletes, I’d say that it could indicate possible PED use [2]. As a teenager, he played rugby and participated in competitive swimming.

He claims that the most significant change in his life came about in 2008 when he started lifting heavy at the gym.

His diet required him to consume 12,000 calories a day, and during his peak, he trained six times a week [3].

He used explosive training to build his fast-twitch muscle fibers, something he claims helped with his overall strength [4].

After his deadlift record, according to the latest news, he decided to retire from the annual World's Strongest Man contest and focus on boxing.

"I can honestly say, in all my time as a sports scientist, I've never worked with an athlete quite like him. He's unique.”

In July 2016, Hall pulled off the world record deadlift of 500 kg at the World Deadlift, a lift most would consider impossible.

A post shared by Eddie hall - The Beast (@eddiehallwsm)

In a YouTube video, he explained that he had to mentally picture himself in a situation that would lead to an adrenaline rush, enabling his body to perform at its peak capacity—this is what enabled him to pull 500 kgs.

Having watched this one on YouTube, I noticed that he was neck to neck with Brian Shaw and Hafþór Björnsson, but he won. He dominated the following events: Atlas Stones, Plane Pulls, Deadlifts, and Viking Press.

The World’s Strongest Man competition officially prohibits steroid use, so it’s safe to say that our strongman went through drug testing on many occasions but never had steroids detected in his system.

That being said, we cannot be sure that he was never doped, especially considering some evidence we mentioned. Steroids are prohibited for a good reason; they give an unfair advantage to the users.

If the ultimate goal is increased performance and accelerated muscle growth, my advice is to go for safe and legal steroid supplements and whey protein powders that are based on natural ingredients. 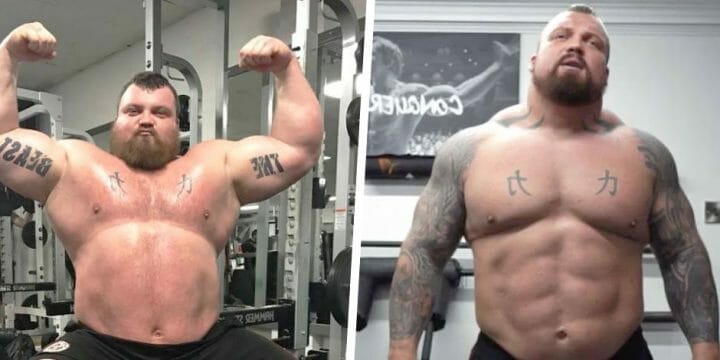 By Michael Garrico 13 hours ago
The Calisthenics Diet
What To Eat & What Supplements To Take?