For us guys, testosterone is the king of hormones.

Also known as the "male sex hormone," testosterone is the driving force behind traits that literally make us man, such as: gains in muscle mass, sperm production, body, and facial hair growth, deep voice.

As the production of this youth juice dwindles with age, it's only natural to keep trying to find ways to get it back.

But you probably heard the good news - exercise can be your ally if you are looking for ways to boost testosterone naturally.

Our team has spent days researching tons of scientific articles to bring you the latest findings and information on maximizing your T-levels while working out.

How Does Exercise Increase Testosterone? 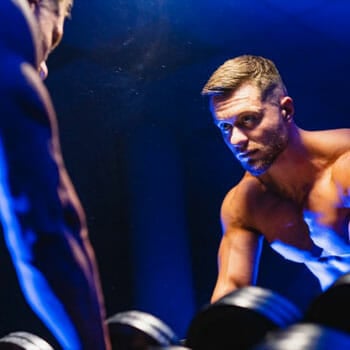 There are two key players in this process: testosterone and growth hormone.

Testosterone acts as a fuel for a growth hormone that your body produces in response to a workout and is indispensable for protein synthesis and muscle development.

Although full effects of testosterone and exercise are still being researched, we do know this for a fact: exercise triggers a short-term increase in testosterone levels, so you need to exercise regularly to get all the benefits.

However, according to professionals, there are some limitations:

"For men who have low testosterone, exercise alone probably won't raise their levels enough to make a difference, but for men whose testosterone level is on the borderline between normal, it's going to have a much more potent effect," says endocrinologist Scott Isaacs, MD, of Emory University.

Testosterone levels go up around 30 minutes post-exercise before they return to normal by the one-hour mark. [2]

There are also a couple of testosterone effects to consider before you get started with your exercise routine, such as:

T-levels fluctuate throughout the day - they are the highest in the morning, meaning that you should exercise later in the day to trigger the greatest testosterone response.

What Exercises Can Increase T-levels?

Cardio can help you burn fat, while strength training stimulates the development of lean muscles and boosts your metabolism.

Starting with an exercise program can boost your testosterone levels and benefit your heart health, weight management, and overall health, but knowing how to do it properly can maximize your efforts in the gym.

So, let's break it down. 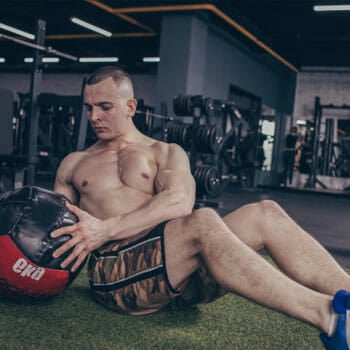 More than one study suggests that you'll reap the most benefits if you get short rest between intervals.

According to one study on testosterone responses in men, doing HIIT, consisting of 90 seconds of treadmill running combined with 90-second rest, boosts T-levels more significantly than simply running for 45 minutes without a break.

Whatever you do, don't go overboard.

Overdoing it can mess up your hormone levels, including overstimulation of cortisol production, which can interfere with testosterone release. 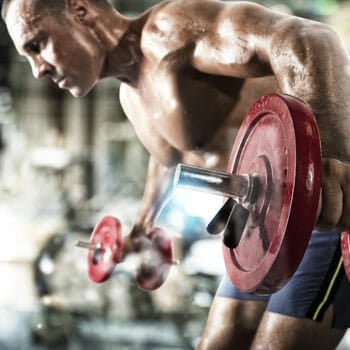 The bigger your muscle mass, the higher your testosterone levels, so hitting a gym for a weightlifting session seems logical.

Resistance training has different forms, including the use of free weights, weight machines, resistance bands, and your own body weight.

According to research, if increasing testosterone is your goal, then resistance training is the best choice with both short and long-term results.[4]

According to one study on male participants who took part in resistance training three times a week for four weeks, they were able to boost testosterone levels immediately after the workout and in the long run.

As a bonus, weight training has proved efficient for both genders. A recent study on women found that resistance training can increase testosterone and impact fat distribution.

But to make the most out of your time in the gym, you'll need a good strategy that includes the following:

Some experts suggest targeting larger muscle groups like the hamstrings, quadriceps, back, and chest and performing two sets of three to five reps at 95 percent of your maximum effort during your strength training to maximize testosterone release.

"But don't ignore smaller muscle groups, like the biceps, calves, and shoulders: Strengthening your entire body helps prevent injury and speeds up your metabolism, and consequently, your T-levels" Dr. Richard Jadick, urologist.

If you're new to lifting weights, consider hiring a personal trainer to help you learn the ropes, although training with more experienced partners can be a great option, too.

If you're one of those people who is not crazy about lifting weights, there are other exercises you can try to increase testosterone and grow muscle.

you are growing muscle strength and boosting testosterone by exercising a range of muscles across your body, from the chest, arms, back, all the way to your legs.

And the best thing about these exercises is that you don't even need equipment to perform these workouts and feel the effects almost immediately.

You can also consider using a fitness app to keep track of your progress.

What Exercises to Avoid?

According to research, long-distance running or cycling exercises can ramp up cortisol levels.

Cortisol, aka stress hormone, can disrupt the production of testosterone in your body, so that's the reason why long-term endurance training is not recommended to men whose aim is to increase T-levels.

Regular endurance exercise, such as training for marathons or cycling, can put lots of stress on the whole body, including the endocrine system that is responsible for hormone production, and that's why T-levels are significantly lower in endurance athletes.

Although chronic endurance training is in some cases associated with decreased testosterone levels, some scientific data indicate that acute endurance exercises can actually stimulate steroid hormones, including testosterone.

Does Exercise Increase T-Levels in Men and Women Both?

According to science, several factors can influence low testosterone levels, and workouts are among those natural testosterone-boosting options for men and women equally.

Testosterone is most commonly associated with masculinity, even though both men and women produce it.

Testosterone is produced in testicles and regulates important functions in males, like sex drive, muscle strength, bone density, fat distribution, and red blood cell production. It can even affect mood and behavior.

Puberty sends our hormone-producing glands into overdrive, resulting in a range of changes to the body. As we age, testosterone levels decline, which is followed by changes in muscle tissue.

Low levels of sex hormone can cause an array of issues, including depression, erectile dysfunction in men, hair loss, reduction in muscle mass, etc.

But it's not all about men. Women can also experience low testosterone. They can also get a range of benefits from testosterone, such as:

Those are just some of the reasons why it's essential to increase testosterone in women, too.

Other Ways to Naturally Boost Testosterone

You may need a slight lifestyle modification to get those sex hormones running.

But, before you reach for a T-boosting supplement, here's what you can try:

Not all exercises are equally effective for boosting testosterone levels, but the right combination of exercises can send your T-levels soaring.

There is still a lot to be learned about the link between workouts and testosterone.

But one thing is clear: you need to make exercise a habit to make them work, but, of course, the results will depend on your body composition, genetics, diet, and lifestyle.

Have you tested any of these exercises? Which T-boosting workout will you try first?