Boxing Vs. MMA - Which One Is Better & More Effective?

Ever since MMA fighter Conor McGregor challenged the boxer, Floyd Mayweather, to get into a boxing ring, the world has wondered whether the outcome could have been different.

Conor got his butt kicked, but not many people understand why that is and how MMA and boxing are so different that they favored Mayweather from the start.

McGregor would likely have won in a UFC MMA or street fight situation. But limiting what he could do put him at a disadvantage.

Let’s take a closer look at why. 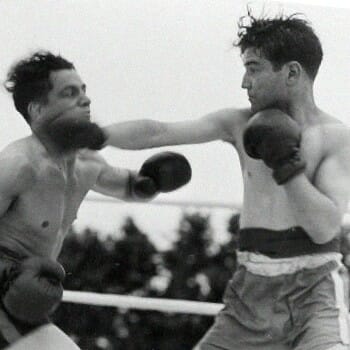 Someone once told me that boxing dated all the way back to ancient Egyptians 5000 years ago. Maybe a history teacher can confirm that, but I wouldn’t be surprised.

As far as an official sport is concerned, the Romans had many competitive boxers in official fights, but it wasn’t until the Olympic games in 1904 that official international rules and weight classes were defined.

For a large part of the 20th century, it was one of the most popular fighting sports, with eye-watering amounts of money involved.

Big boxing title fights attract millions of viewers, and professional boxers are among the highest-paid sports-people in the world. 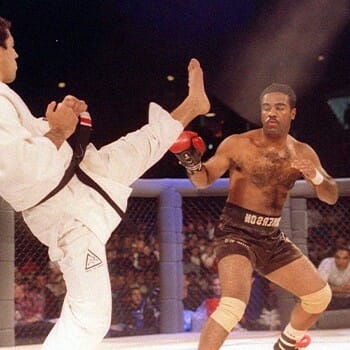 While fighters from a variety of disciplines have been combining fighting styles to create new ones for hundreds of years, mixed martial arts in a UFC sense are relatively new.

UFC 1 was relatively recently on November 12, 1993, but the sport has gained massive popularity in less than 30 years [1].

There wasn’t one clear first MMA fighter, but it all originated in people from various disciplines trying to combine them in a way that would allow them to compete under a common set of regulations.

That’s why you’ll see all, from wrestling to Karate and BJJ to Muay Thai, in UFC.

“MMA started off pitting two different styles against one another, but has now evolved into producing well-rounded fighters who study in many disciplines.”

Comparison Between Boxing and MMA

It almost seems too obvious to say that there is more than a single difference between MMA and boxing.

But it’s only when you list out all the areas of the sports that you get a full picture of the difference. 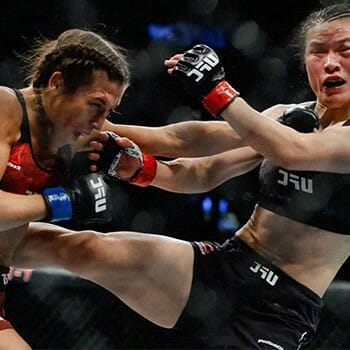 The martial arts that UFC combines allow for a combination of punching, kicking, and grappling.

You’re also allowed to use your feet, knees, hands, fists, and elbows.

It might sound like the UFC has no rules, but those that exist, are there to protect fighters from serious injuries [2].

Boxing rules are very different in that you’re only allowed to throw punches at the upper body using your fists.

There are also no punches to the back of the head or body allowed. And certainly no kicks or elbows.

It’s why an MMA fighter feels so lost in a boxing title fight, as they are so used to being allowed a whole load of different body strikes. 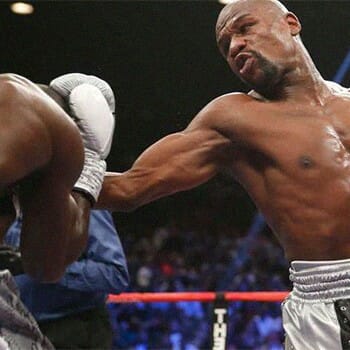 This is where boxing and MMA have some similarities, even when the weight class ranges are quite different.

You’ll hear classes like a featherweight, welterweight, heavyweight, and many others.

They ensure that MMA fighters and boxers enter a fair fight with someone close enough to their own size.

It avoids situations where a McGregor ends up facing someone like Randy Couture. 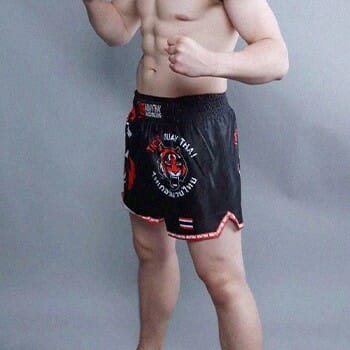 MMA and boxing don’t rely on much clothing. But the clothing they do use has an obvious difference.

First of all, MMA and boxing gloves are nowhere near the same.

The ones in boxing have a much bigger size, and boxers also wear loose-fitting shorts and shoes.

In MMA, fighters prefer wearing tight shorts not to give an opponent more material to grab onto. And MMA fighters also get in the cage with bare feet. 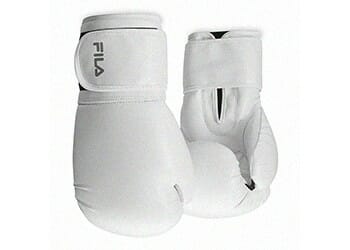 The equipment a boxer and MMA fighter will use are similar.

There’s a lot of work on heavy bags and speed bags. But MMA training will also look at using lifesize standing dummies.

You’ll also find that an MMA school will have many rubber mats for BJJ training and getting an opponent to hit the ground hard. 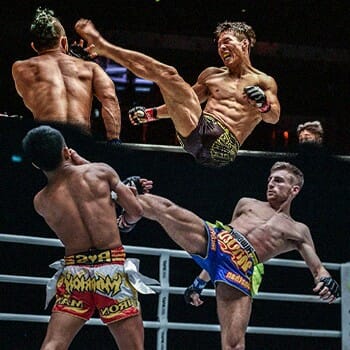 MMA uses many different martial arts techniques, and each fighter tends to have a unique fighting style.

They spend a lot of time learning things like Muay Thai, wrestling, Kung Fu, and even Krav Maga.

While you could argue the styles have changed throughout boxing history, what you see in a ring today is not so different from videos you see of fights in the 50s and 60s.

Some sports just work exactly as they are. 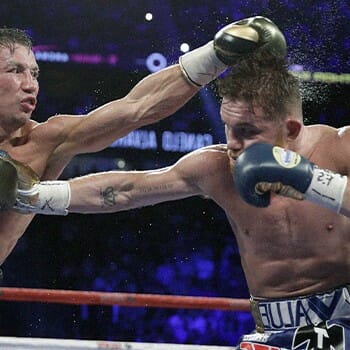 MMA fights and boxing bouts are huge events these days, with millions of fans paying amounts of money for a pay-per-view fight.

Some might argue that an MMA fighter earns their money in the octagon or cage more than a boxer in the ring.

But then many UFC fights barely go more than one round like Randy Couture has proved many times.

One thing is for sure, both boxing and MMA put on a huge and entertaining show, whether it’s 1 round or 10 rounds. 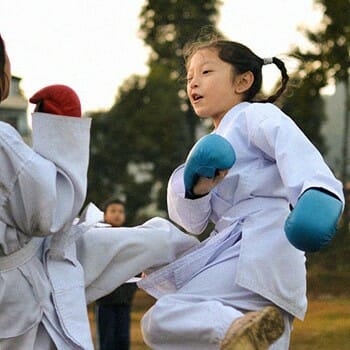 Martial arts schools have been popping up in cities all over the world. It’s just like when boxing became hugely popular in the 50s.

Some of the boxing coaches I collaborate with have said that MMA schools are more like high-tech environments, while boxers are more comfortable in dark and damp old-school gyms.

I can’t say for sure if that’s a general difference or just what the Rocky movies show, so I’ll leave it open for debate

Choosing One For Your Personal Goals

Sometimes people get too hung up on the difference between an MMA fighter and a boxer. If you’re thinking about starting one of these fight styles, then make it a personal choice on specific goals.

Amateur and professional MMA fighters have achieved great levels of fitness, but I would say that the average boxer is physically fitter.

In MMA, it’s all about fast hands, kicks, punches, and wrestling skills to try and end the fight as quickly as possible.

A boxer is generally much more prepared to go for the total number of rounds in the boxing fight.

If you’re looking for self-defense skills, then the martial arts and wrestling styles of an MMA fighter win hands down.

The fight style means you can do much more with your hands and legs to quickly give you the upper hand.

A boxer might know how to throw punches in a fight, but a self-defense situation is usually not as clean as a boxing fight.

MMA fighters and boxers have great options for amateur and competitive sports events. However, for a complete beginner, I would recommend putting on the boxing gloves.

You’ll start to learn boxing skills through sparring, where you also wear the protective gear to make the impact of punches less severe.

Is Boxing Harder Than Mma?

No, boxing is not harder than MMA. MMA fighters have to learn much more skills than boxers. You can also do boxing training with heavier sparring gloves and head protection to avoid a very painful experience.

Can a Boxer Beat an Mma Fighter?

It was a technical knockout (TKO), but it was clear that McGregor’s legs were not going to carry him for another round of boxing.

Boxing Vs. MMA - Which One Suits You Better?

In my opinion, the easiest way to decide is whether you want to learn a combat sport for self-defense and a street fight situation or just a plain and simple boxing technique for the sport of it.

I have total respect for MMA fighters like Randy Couture and the amount of work they put in.

Just be aware of the fact that it will probably take you longer to learn MMA than boxing, and don’t forget to report back to us what you liked better

By Isaac Robertson 7 days ago
The Calisthenics Diet
What To Eat & What Supplements To Take? 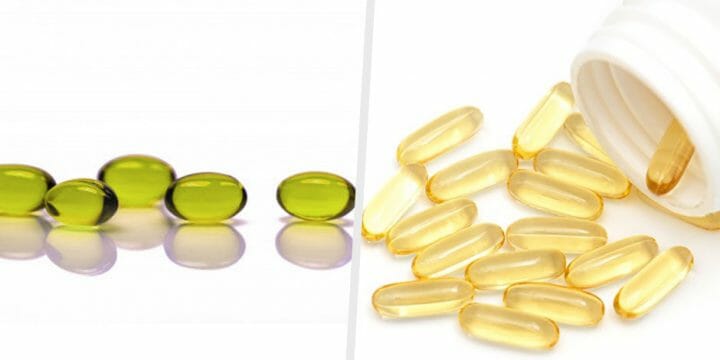 By Isaac Robertson 5 months ago
Algae Oil vs. Fish Oil
Which One Is Better and Why? 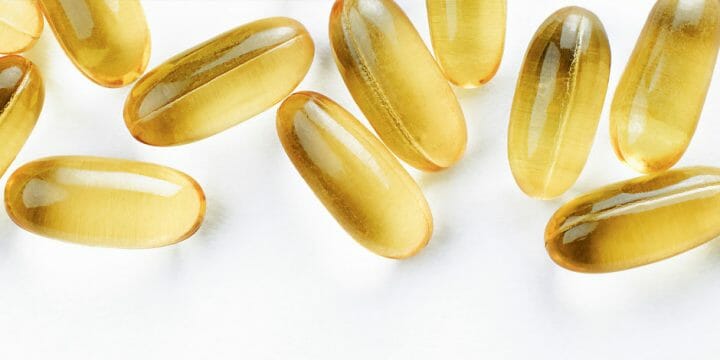 By Isaac Robertson 4 months ago
Olive Oil vs. Fish Oil
Which One is Better and Why?