MMA Vs. Krav Maga - Which Is Better?

I’ve worked with a chief instructor in Krav Maga who also happens to be a black belt in Muay Thai and a pretty good amateur MMA fighter.

Let’s just say Kevin is not the type of guy you want to get into a street fight with.

And I’ve always been fascinated by how he has managed to combine mixed martial arts with self-defense techniques.

We recently talked about the differences between Krav Maga vs. MMA, and he shared some great insights.

Here’s what a master practitioner had to say. 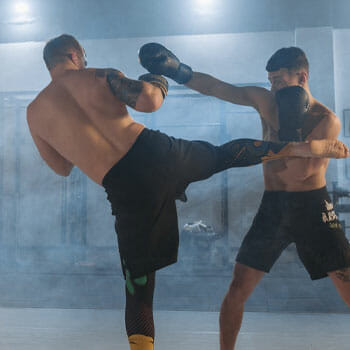 MMA is a mixed martial art and one of the most popular combat sports in the world.

You only have to look at the monthly line-ups for UFC MMA fights and the money involved to see how popular it is.

Despite this combat sport having a reputation of being a no-rules cage fight, it’s actually a very controlled environment that limits the risks of serious injuries.

Most fighters specialize in different mixed martial arts techniques and develop their own fighting style, making it so different from martial arts like Karate, BJJ, or Judo. 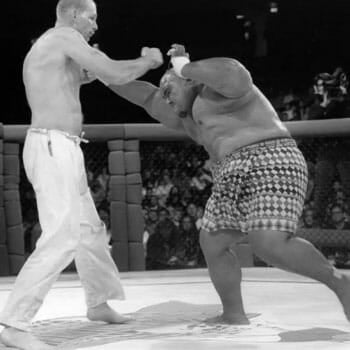 Mixed martial art fighting disciplines date back to ancient Greeks and Romans, but what we know as MMA today in the UFC arena is relatively new.

The first UFC fight was in November 1993 [1] and the first bouts often involved fighters from very different disciplines.

This gradually evolved into more stringent rules, and fighters learning multiple styles to combine them.

Since then, this sport has taken on a global stage, with UFC fights hosted around the world and attracting millions of viewers.

And despite the way fighters often talk and behave outside the arena, they stick to very strict and time-honored principles once a fight starts. 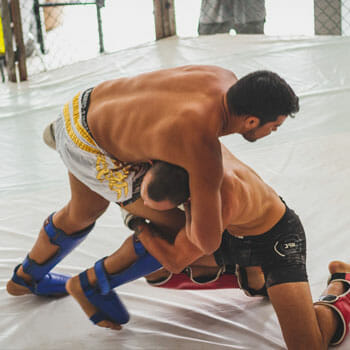 This is probably what I love the most about MMA. Every fighter has a unique style based on their favorite fighting disciplines.

Now, I’m no martial art expert, but I have learned to recognize everything from Judo to Kickboxing and Brazillian Jiu-Jitsu to Taekwondo when I watch fights.

While many fighters have probably learned a few disciplines and even gotten to black belt stages, their MMA training will often involve learning how to create combination moves involving two or more fighting techniques to overpower an opponent.

That’s where the real art is.

What Is Krav Maga? 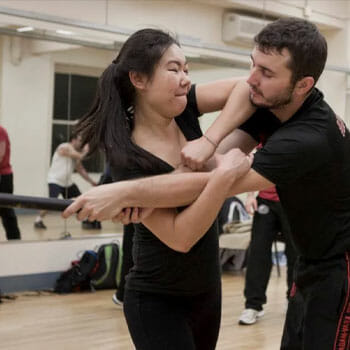 Krav Maga is a self-defense system that was first developed in Bratislava, Slovakia.

Groups of Jewish people developed it as a way to protect themselves in the pre-world war II era when hostility towards them was growing.

As such, it’s a fighting style that aims to deal with an immediate threat from an opponent by pretty much any means necessary.

It’s not so much a technique that lends itself to a sports arena, rather as self-defense to eliminate a threat to your safety. 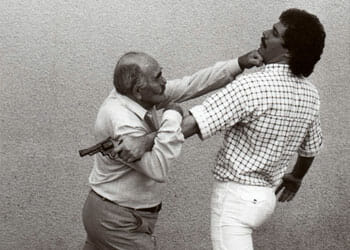 A man named Imi Lichtenfeld created the self-defense system and taught as many Jewish people in Slovakia as he could so that they could defend themselves in a street fight.

When the state of Israel was founded in 1948, Imi became a key person to train Israeli defense forces in his lethal and highly effective close-combat style.

“As mentioned above, Krav Maga is a tactical mixed-martial art/combative and self-defense system that combines boxing, Judo, jujitsu, and aikido. In recent years, other martial arts have been incorporated into Krav Maga, such as muay Thai and Wing Chun.”

To this day, Krav Maga is the main self-defense training for the Israeli Army, and almost every large city around the world has schools where you can learn Krav Maga.

It’s the principles of Krav Maga that mean you can’t really classify it as one of the combat sports.

Its aim is to deal with an opponent with lethal force by attacking the most vulnerable parts of the body. That includes the groin, eyes, and throat.

Basically, the more effectively you can disable an opponent within a few seconds, the better your chances are of getting away unharmed. 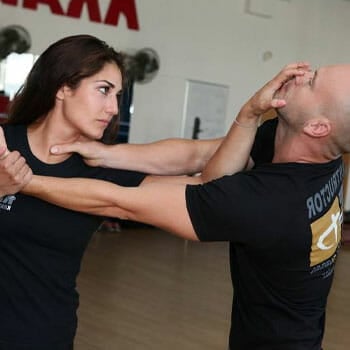 One way to describe the Krav Maga style is to say that it aims to create a seamless transition between defensive moves followed by offensive actions.

Stunning your opponent where it hurts the most and using any kind of object around you is kind of the name of the game.

And many people find it easy enough to pick up enough of a skill set within just a few lessons.

One thing I’ve learned from some martial artists is there really is only one similarity between Krav Maga vs. MMA.

Both of them are technically mixed martial arts as they aim to pull in skills and techniques from many different fighting styles.

Whether that’s a form of close contact grappling from BJJ, or a submission technique from Judo, students learn numerous different self-defense scenarios.

These similarities are often most noticeable in an MMA fight when there is a lot of close contact fighting between opponents rather than punches and kicks from a distance.

You’ll also find that the style of punching in both martial arts techniques is very similar. Some people say this is down to both styles taking advantage of Karate punches that can be highly effective.

But that’s as far as the similarities go. And once you see the long list of differences, you’ll understand why they really aren’t that comparable.

Let me show you.

The next thing I want to look at in the Krav Maga vs. MMA comparison is why they are so very different.

I mentioned Kevin above, who is a client of mine and runs classes in Krav Maga as well as being an MMA fighter.

He talked me through 6 specific areas where these fighting styles differ.

The main purpose of mixed martial arts is to provide an environment where equal opponents can enter a multi-disciplinary fight as a competitive sport.

Despite what it often looks like, opponents are never in real danger as there are clear guidelines to the size of fighters and what they aren’t allowed to do.

On the other side, you have Krav Maga with the main purpose of self-defense. It teaches you to use simple and effective techniques to give you the upper hand in a dangerous situation.

Or at least give you the chance to escape an attacker. 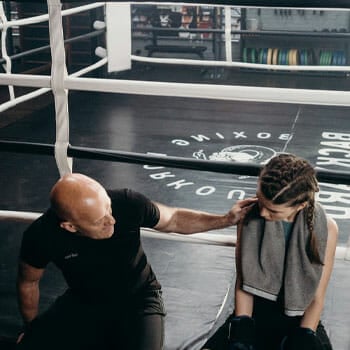 MMA has some very strict rules, and referees are extremely dedicated to enforcing them and protecting each opponent [2].

Here are some of the main things you cannot do in MMA:

With Krav Maga, there really is only one rule, and that is survival.

By using self-defense methods and quickly switching to offensive techniques, your aim is to free yourself from an attacker by targeting the most vulnerable body parts with anything you can get your hands on.

However, you will encounter rules and etiquette in classes to keep things civil between students. 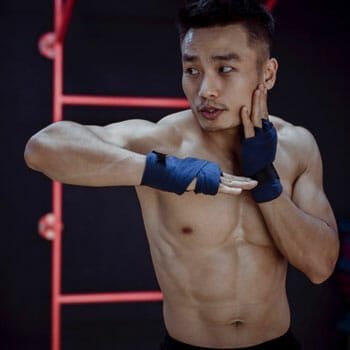 Because of the significant differences in rules, it’s really not possible to say that Krav Maga is a sport.

I think you’d find it rather difficult to referee a fight with no rules without causing serious harm to each opponent.

MMA, on the other hand, has always been a sporting discipline and has fast become one of the most followed fighting sports alongside boxing.

In MMA, you can use your hands, elbows, knees, and legs for striking an opponent, but there are quite a few restrictions, as mentioned above.

Depending on the fighting style, you’ll find that some people tend to kick more, while others rely more on their punching skills.

In Krav Maga, you also use all your limbs, but you can use them to do as much harm as possible.

Whether that’s a full-force knee to the neck or an elbow strike to the groin, if it helps you survive, you’ll learn how to do it. 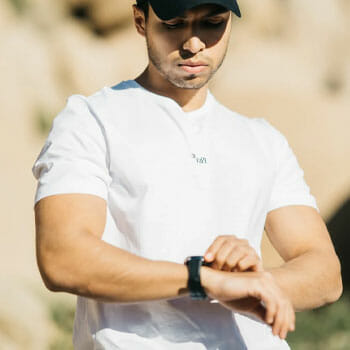 Both disciplines are taught in dedicated schools with very strictly run classes.

The main difference you’ll find is in the time investment to gain a certain skill level.

It would probably take at least four years of MMA classes to become skilled enough to consider most competitive events.

In many cases, even a new MMA fighter will have a background in other styles like Karate.

Krav Maga schools usually run classes based on skill level, but not necessarily with a strict belt grading. Most people would achieve a level of competence after about 12 months of studying the techniques. 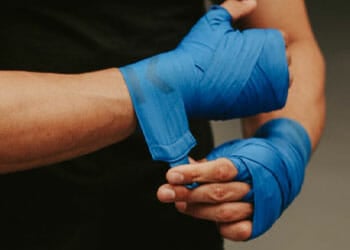 Maybe surprisingly to some folks, the protective gear used for training in MMA and Krav Maga is very similar.

Most MMA and Krav Maga schools will provide these, but you can also invest in some of your own if you become more serious about i

Is Krav Maga Allowed in MMA?

Krav Maga is not allowed in MMA because it's too dangerous. Techniques like groin kicks and eye gouges can leave serious injuries, and MMA has strict rules when it comes to these.

Is Krav Maga Better Than Karate?

Krav Maga is better than Karate when it comes to self-defense, but it’s difficult to compare the two. Karate is much more of a competitive sport with rules, but it also takes a lot longer to learn the techniques and earn your belts.

Krav Maga isn't illegal, but using excessive force in a non-self-defense situation is.

If there's an imminent threat to your life or wellbeing, then Krav Maga street fighting techniques would not be considered illegal. The same goes for any form of martial art.

Have You Made A Choice Between Krav Maga vs. MMA?

If you want to learn self-defense to protect yourself in a dangerous situation, then the fastest way to do so is with Krav Maga. If it’s good enough for the Israeli Army, then it should work for you too.

But if you’re more into sport fighting and learning martial arts skills, then MMA training offers a great mix of skills and discipline.

For anyone undecided, I suggest going to a few classes for each and see which one you find more enjoyable. 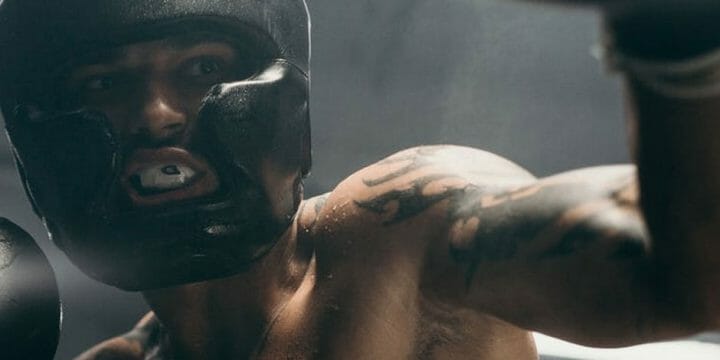 By Connor Sellers 5 months ago
Should You Be Doing Martial Arts With Braces On? 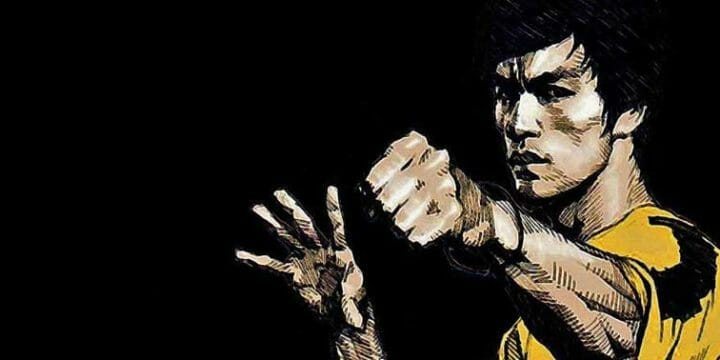