Is Judo Good For Self Defense? (The Answer)

I regularly train at the gym with a friend of mine, Donny, who has a black belt in Judo. And despite all the attractions to learn more martial arts styles and maybe become an MMA fighter, he has stuck true to Judo.

He also runs classes for women to learn some basics of Judo for self-defense to help them deal with a dangerous street situation.

But with all the focus these days on flashy fighting styles like Muay Thai, Kickboxing, and Karate, I was curious how well Judo would work to protect yourself against an opponent.

Here’s what I found out. 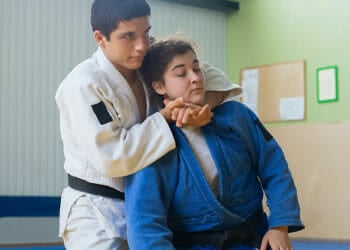 Judo is a form of grappling martial art, much like traditional wrestling is, but it uses very different techniques.

From a self-defense training perspective, it teaches you four things that might be particularly useful in street fights. 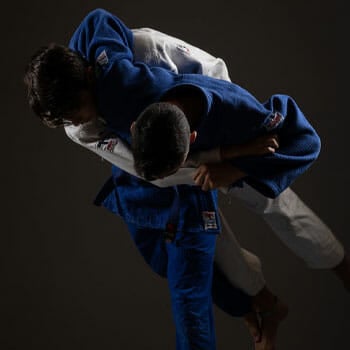 The first thing this self-defense system aims to do is to get you close to your opponent.

The advantage of this is that it completely neutralizes and stops the ability for someone to kick and punch you with any significant force.

That means reading a situation and choosing one or more movements to protect yourself from the blows, and picking your moment to get close.

During this first phase and the next, Judo is all about teaching you how to maintain your balance.

If you’re going to the ground, then it has to be on your terms with you in full control so that you gain the upper hand.

That’s why so much Judo training involves you learning how to make yourself almost cemented to the ground. 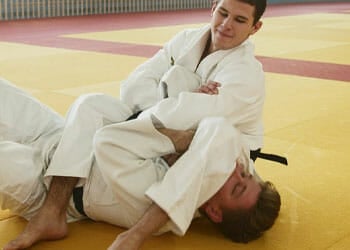 The next stage of this martial arts self-defense is a combination of using your hands and legs to overpower your opponent.

This may involve flipping your opponent, getting them in a chokehold, or twisting their arms and legs into painful positions to force them into submission.

Finally, there is the whole mental aspect from Judo. All the above techniques help you to build up the mental strength to not be afraid in confrontational self-defense situations.

You’ll have the confidence to trust the techniques you learned, which is a huge life skill.

First of all, if you’re looking to learn ways to show off flying flip kicks like in Muay Thai or Tae Kwon Do, then you’re in the wrong place.

But just like other martial arts, there are a few tips I found for Judo beginners. 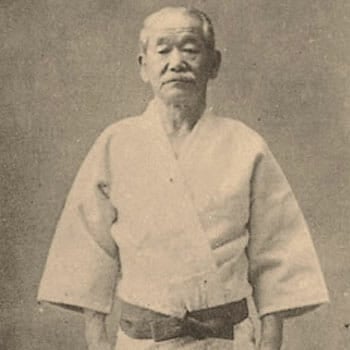 Judo was created in Japan in 1882 by a guy called Kano Jigoro Shihan, who derived it from other martial arts by combining different self-defense methods.

In 1964, Judo officially became an Olympic sport after unified international rules came into place to allow people from different countries to easily compete against each other.

The International Judo Federation now has representatives from over 200 countries, which shows how popular this sport has become.

While its main aim is to provide a platform for competitive sports, Judo has also been adapted into other disciplines, including MMA and Brazillian Jiu-Jitsu.

“Judo is the way to the most effective use of both physical and spiritual strength. Through training and practicing techniques for offence and defence, one disciplines and cultivates body and spirit, and thereby masters the essence of this way. Thus the ultimate goal of Judo is to strive for personal perfection by means of this and to benefit the world.”

These might have a reputation of being street fight styles, but you’ll see many grappling moves from the world of Judo.

It has become a hugely popular sport, and the United States Judo Association has over 100,000 active members [1].

Is Judo or BJJ Better for Self-Defense?

Judo is better for self-defense than BJJ because it focuses much more on balance than BJJ.

Also, BJJ uses most Judo movements as its basis, both in a standing position and on the ground.

Is Judo Better Than Karate?

Judo is better than karate for defending. A Judo fighter can quickly overpower a karate fighter, even if it takes a few heavy blows to get close enough to start grappling.

In a close contact situation, karate kicks and punches are pretty useless.

Is Judo Offensive or Defensive?

Judo is mainly defensive, but you also learn how to turn a situation around with offensive moves.

Learning to deal with a self-defense situation is one thing, but walking away from an opponent, you have to get them into submission.

How Effective Is Judo As Self-Defense?

Judo is a very effective martial art to learn ways to better defend yourself against an aggressor. Many people like it because of the lack of kicking and punching.

But most importantly, it is effective when it comes to any kind of street fight situation.

Once you get up close to someone and show no fear, they will struggle to outmaneuver someone skilled in Judo.

There are no shortages of Judo schools in the United States, so why not try out a few classes?

By Connor Sellers 19 hours ago
The Calisthenics Diet
What To Eat & What Supplements To Take? 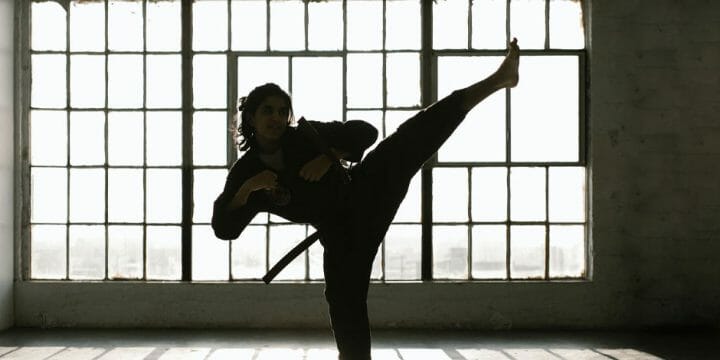 By Connor Sellers 3 months ago
Judo Vs. Jiu Jitsu
What’s The Difference & Which Is Better?

By Connor Sellers 2 months ago
Relacore Extra Review
Is It Safe and Effective?