American basketball player and NBA champion Kevin Durant is one of the highest-earning players in the NBA who won two rings and two Finals MVP awards with the Golden State Warriors.

He has displayed some amazing physical feats on the court, which has led people to wonder what his workout routine is.

I spent a good deal of time looking through some of Durant’s games, watching his interviews, and reading about his workouts.

With this information, we’re going to shed some light on Durant’s stats, training and diet, and his workout and nutrition principles.

Kevin played for the Seattle Supersonics and Oklahoma City Thunder, and now he plays for the Brooklyn Nets.

Regarded as one of the best players in the NBA, Durant is decorated with the following NBA highlights:

Additionally, he has won three Olympic gold medals and the 2019 FIBA World Championship.

To better understand Kevin Durant’s workout principles, let’s look at some of his stats.

His chest measures 43 inches, his waist 35 inches, and his biceps 15 inches. He also boasts an amazing wingspan of 7’4”.

Basketball requires agility, strength, and excellent at dribbling and shooting the ball. Based on my research on his workouts, I found that Kevin Durant's mobility drills involve three different exercises:

Let’s take a look at why Durant specifically does these exercises.

The thoracic spine extension is essential for basketball players.

Kevin Durant’s workout routine for strength is quite hectic as it involves ten different exercises. Durant’s workouts are supplemented by shooting drills, for which he performs ten different moves.

Moves like the dribble drag to crossover, early offense duck, and other training exercises ensure that Durant is able to give his best on the court because these are essential to being a small forward.

For cardio, Durant does sprints, suicide drills, and running on sand, often joined by his fellow NBAer Russell Westbrook.

Durant gets the necessary additions to his strength training with such intense basketball practice. So, after looking at his highlights and stats, let’s look at how you can build and achieve the same strength, speed, and physique as Kevin Durant.

Kevin Durant's main workout principle has to do with focusing on leg strength.

As a basketball player, leg muscles are one of the most important muscle groups to build.

Given that, his trainer ensures that squatting, jumping, or lunging are part and parcel of Kevin Durant’s workout routine.=

“I was always in the gym. People would look at me crazy because I spent so much time there. But that's what it was about. I'm glad I did it.”

After watching some of his interviews, I found that Durant's Diet consists of healthy, organic, and nutrient-rich foods.

Here's what we found Durant eats for breakfast, lunch, and dinner:

Durant eats fish before every game because this provides lean protein to keep him fueled.

In addition to this, he stays far away from junk like trans fats and processed sugar.

Before games, Durant prioritizes seafood while keeping away from gluten as it is hard to digest.

Is It Possible to Get Durant’s Physique and Strength?

Yes, but keep in mind that Kevin Durant is built differently than the average person. He’s 6’10” and weighs 240 lbs but moves quickly. Depending on your genetic makeup and build, Durant’s diet and exercises may have different results for you.

How Often Does Kevin Durant Work Out?

According to Rob McClanaghan, Kevin Durant loves spending a lot of time in the gym. He is known to spontaneously get out of the house for shooting drills and hard hour-long workouts.

With so many NBA awards and other accolades, it’s no wonder people are curious about how Kevin Durant gets into shape for his games.

Durant’s combination of mobility, strength and basketball training makes him a monster on the court.

From basic overhead press over running drills and pull-ups to core board exercises, Durant’s sports performance is on a whole other level. Follow his diet and workout regiment, and you are bound to see improvements in your athletic output.

To perform like Durant, you’ll need the right supplements like multivitamins for athletes specifically attuned to the needs of sportsmen. I always recommend some of those to my clients as they usually make a big difference in their overall performance and results in the gym.

By Michael Garrico 19 hours ago
The Calisthenics Diet
What To Eat & What Supplements To Take? 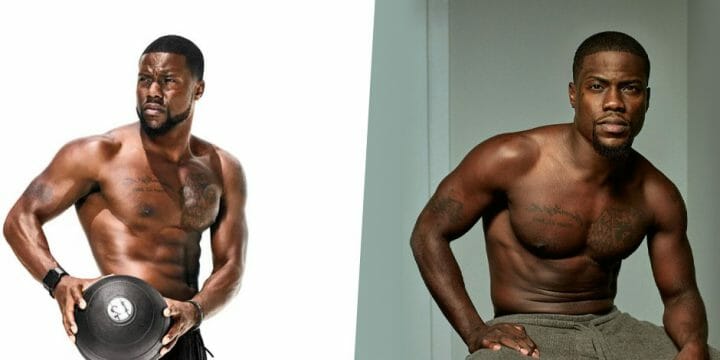