Calories Burned Boxing With a Heavy Bag (From a Trainer)

I often hear this question from my clients, and the answer isn't that simple.

Burning calories is a process that depends on different factors, such as age, body weight, sex, genetic factors, and training intensity.

Punching bag workouts are great, but they significantly differ in intensity. So, here's everything you need to know about boxing, punching, and calories burnt.

Is Throwing Punches a Good Workout? 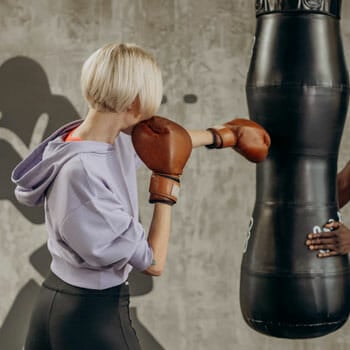 Depending on your fitness goals, your punching bag workouts can be a mix of other workouts, too.

Besides the physical benefits, hitting the heavy bag is also great for your mental health [1].

Exercising with a heavy bag strengthens your body, increases your blood's oxygen level [2], and helps you relieve aggression and frustration.

There are multiple benefits to this activity, including:

Can You Lose Weight Hitting a Heavy Bag? 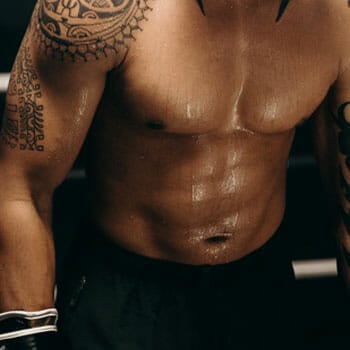 Yes, you can lose weight by hitting a heavy bag! It may not feel effective, but it actually is.

When you're punching and kicking the bag, your entire body is involved in the exercise.

It results in anabolic and metabolic effects that produce the hormone, which burns fat quickly.

Besides burning fat, this training also tones your muscles. It tones your arms, shoulders, back, legs, and abs.

The basic principle of understanding calorie burning is that the more you weigh, the more calories you burn.

On average, you burn approximately 2.72 kcal per pound during a heavy bag exercise.

Similarly, a boxing workout for a woman weighing 167.6 pounds would sweat out some 114 calories during a 15-minute punching bag session, while a 176.4-pound female would hit 120 boxing calories burned.

Now, these numbers apply only if you're keeping a steady workout intensity, which is rarely possible.

The longer you exercise, the likelihood of lowering the intensity grows. 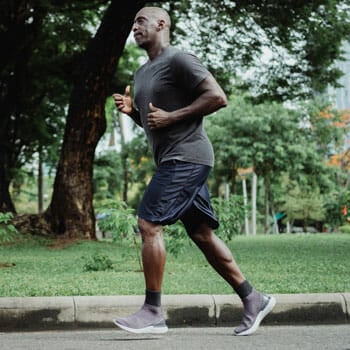 My clients often ask to compare different types of workouts.

It’s a common and logical question if your goal is to burn more calories.

People are most frequently interested to compare the number of calories burnt during activities such as running, boxing, and throwing punches at a bag.

This means that a person can lose a total of 3,500 calories on average.

You can run 16 times a month for 5.5 minutes to lose almost 6 pounds. What's more, running for 8 minutes can burn more calories than boxing.

A person weighing 130 pounds can burn 708 calories per hour, while a 155-pound person burns 844 calories during the same time. Punching along with running can give you greater results.

Mix Up Your Boxing Workouts 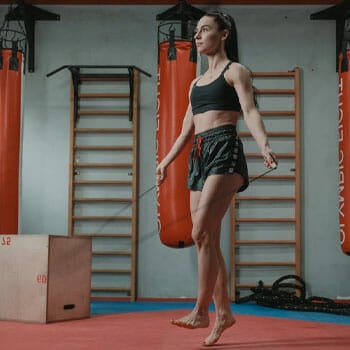 No matter how determined you are to burn calories, it’s highly unlikely you’ll be punching a heavy bag with the same intensity for 30 minutes straight, not to mention an hour.

To burn calories more effectively, I suggest adding some variety to your gym workout and pair boxing with a HIIT workout for a greater calorie spending result.

You could also add a jumping rope to this workout, which is an essential part of any boxing workout and sparring with other boxers.

These three exercises are very effective when combined and will improve your overall fitness and health.

Not to mention that sparring is much more exciting than simply punching a bag.

Just be careful when you get into the ring. If you’re new to sparring, three rounds should be more than enough.

“I hated every minute of training, but I said, ‘Don’t quit. Suffer now and live the rest of your life as a champion’.”

What Exercises Will You Combine?

Combining punching and the three additional exercises will increase your speed and bring your fitness game to another level. 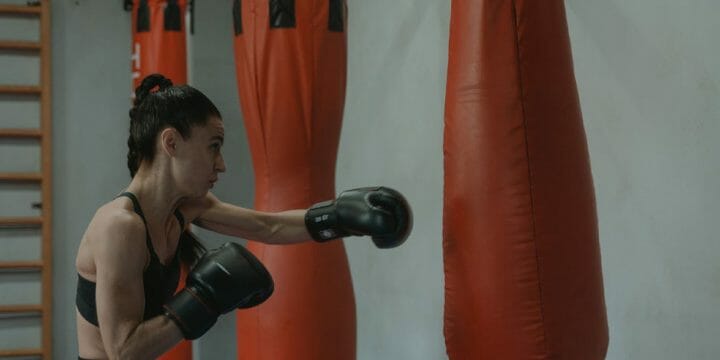 By Isaac Robertson 5 months ago
Free Standing Heavy Bag Vs. Hanging Punch Bag
Which Is Better? 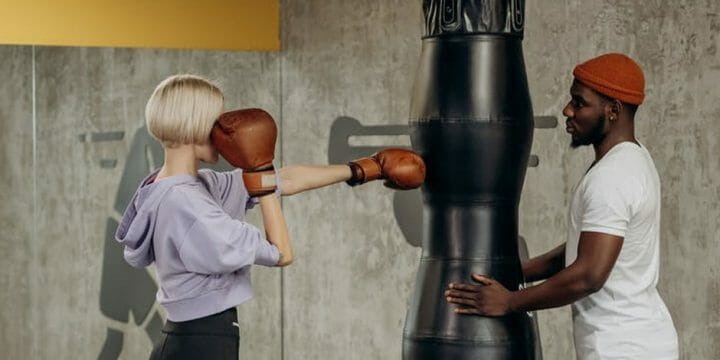 By Isaac Robertson 5 months ago
Does Punching a Bag Build Muscle? 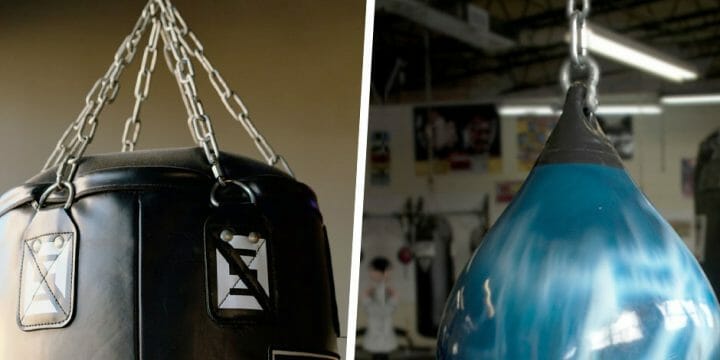