Being a model from the age of two, Gigi has been in the spotlight for almost all of her life.

However, the gorgeous model recently gave birth to a beautiful baby, and people worldwide want to know how she bounced back to her old body?

Read on to discover all the details on Gigi Hadid's workout routine and diet!

Gigi Hadid has never been an ordinary girl, and neither is her exercise preferences. Instead of hitting the gym as most models do, Gigi loves boxing.

Of course, some days, she just wants to focus on her entire body, so she switches the boxing ring for some cardio activity, such as running, jumping the rope, or combining different exercises.

On Mondays, Gigi goes for a 40-minute boxing session or opts for an alternative cardio exercise, like the jumping rope.

Tuesdays are for working the entire body by doing different exercises.

To warm up her body, Hadid focuses on 20–30 minutes of varied cardio exercises, such as treadmill, biking, boxing, rower, elliptical, etc. Then, she moves on to circuit training.

Wednesdays are for some more boxing. This time, the Victoria's Secret fashion model does an hour of boxing.

One of the workout routines repeats on Thursdays. Gigi does a full-body workout again, doing three circuits of muscle training.

Hadid does 20–30 minutes of varied cardio exercises to warm up for the training session, such as treadmill, biking, boxing, rower, elliptical, etc. Then, she moves on to circuit training.

Fridays: Boxing for the Win

Once again, Gigi is doing her favorite — boxing

Even though the weekend is for resting, Gigi is still active. She typically goes for a light jog or power walk. 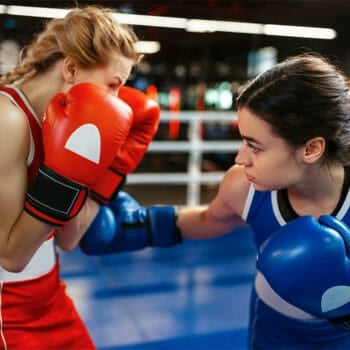 The model is incredibly disciplined and works out regularly with her trainer, former pro fighter Rob Piela.

She used to be pretty muscular because she played volleyball and horseback riding for years, so she had to slenderize her legs.

Piela recommended jumping rope as a great, simple exercise that anyone can use to get lean legs.

Gigi’s trainer also pushes her to do a minute of core strengthening for every three minutes of sparring.

Still, boxing is what she loves. She says:

I need to have a sport that wakes me up and get better at, and boxing does that for me. When you’re boxing, you get so into it mentally that you kinda forget what’s going on. You forget you’re working out.

Although boxing is one of Gigi's favorite workouts, she likes to mix things up and try new workouts. She's strict, though, and does her routine even when traveling.

Gigi has an excellent personal motto:

“Eat clean to stay fit, have a burger to stay sane.”

The model eats a clean, lean protein-heavy diet but tries to avoid carbs as much as she can.

She has a salad that she adores and consumes every day — arugula salad, which includes lots of rocket and parmesan cheese, but she also loves snacking on chips and salami, hummus and carrots, and fruit.

The supermodel told Harper's Bazaar that it's easy to keep a healthy diet in New York City. Her typical daily menu looks something like this:

Breakfast: two scrambled eggs, a cup of coffee, and vitamins or breakfast beans

Hadid Consumes a Lot of:

Hadid has Hashimoto's disease, which is one of many reasons she eats clean. People with this condition have an underactive thyroid gland, and their immune system often attacks the thyroid.

However, eliminating dairy, gluten, and soy from their diet helps significantly.

Despite that, Hadid loves eating out with her friends. She also drinks a lot of water — up to a gallon every day.

What Supplements Does Gigi Hadid Use? 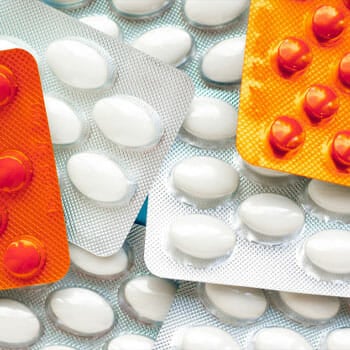 Hadid doesn’t take any supplements because of her thyroid condition.

However, she might take a multivitamin for women to fill any nutritional gaps.

Selenium may reduce antithyroid peroxidase (TPO) antibodies and improve the overall health in people with Hashimoto’s [1], while zinc may improve thyroid function [2].

Are You Going to Try Gigi's Workout Routine & Diet?

Despite her condition, Gigi Hadid loves eating clean and being healthy. Her passion for fitness and healthy, organic food is something all of us should strive for.

What do you think of her daily menu? Could you indulge in burgers only occasionally? Share your opinion in the comments!