Gym Bro Culture - Everything You Need to Know

Nowadays, being called a gym bro brings with it negative connotations. Just do a quick online search, and you’ll find tons of memes and sarcastic comments.

I’ve decided to go to the root of the gym bro culture, and I’ve spent hours researching everything about it — from how the culture started to what exactly it means to be a bro.

If you're on the fence about being a gym bro, here's everything you should know about it to help you make up your mind.

What Is the Gym Bro Culture?

The subject of this culture is a young(ish) dude, usually between 18 to 40 years old, who’s into fitness — lifting weights, martial arts, etc.

He recreationally works out with other men to build muscle.

They like playing and watching sports, occasional beer, and know their way around the most popular video games.

A typical member of this culture usually has a college degree and a solid job.

They prefer living in the suburbs rather than in a densely populated area.

“He is relatively affluent, he has been to college, he is lighthearted and likes enjoyable pursuits, and he hangs out with other men of the same ilk.”

Bro culture is not limited to men only, although it does lean more that way.

A few women are a part of it, such as the powerlifter Stefi Cohen and the fitness entrepreneur Meg Callagher.

However, they are the exception and not the rule.

How Did Gym Bro Culture Start? 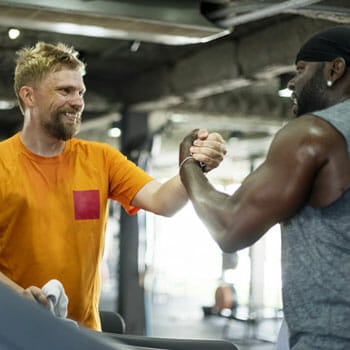 People first began using the expression bro in the 1970s to refer to their male friends.

Over decades, the word evolved, that it became associated with a guy’s guy.

Today it includes subcultures, such as:

As for gym bros, the culture started in Southern California and is associated with people in fraternities.

Most members of this culture take at least one trip to California during their college years.

Bros usually go to the gym in groups of 2 or 3, and they egg each other on when lifting. They post about their progress and exercises on a social media app, usually with mirror selfies.

They follow what other influencers, such as Joe Rogan, post and use the bulking up product the influencers recommend.

A bro is a person who usually comes to the gym by car.

They have a gym bag full of equipment which they store in the locker room pre-workout.

Some are lifters, and others like to bench press and do the pump — do bicep curls to make the veins pop out.

Many people who were skinny when growing up and in their teen years like to bulk up and gain weight later on, especially to impress the girls, which is why they are labeled as gym bros.

Difference Between a Gym Bro and a Gym Rat

A gym rat is a person who can be found working out at all hours of the day. Usually, they specialize in:

While both of these categories of guys care about what they look like, and yes, you can find them checking themselves out in the mirror, the difference is that gym rats take their training to the next level.

Although he still cares about his appearance, a bro is more laid back when it comes to workouts.

Gym rats get a lot of heat and are a source of countless memes online, even more so than the bros. But, the fact is that they have tons of fitness and health knowledge.

They are ready to give some advice on workouts, nutrition, and products to bulk up.

One more difference is that a typical bro won’t know the use of every machine in the gym, while a rat will know the use and the whole process of using it. 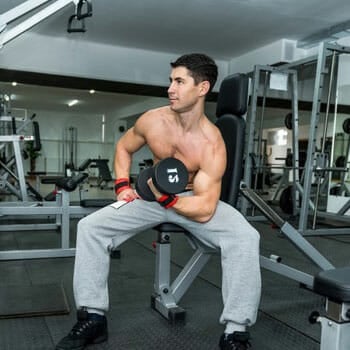 These are guys that look good, and they know it, so you’ll see them walking with confidence.

They work hard on their definition, and they want to show off their muscles.

This is why you’ll see them wearing a lot of tight tank tops, joggers, and basketball shoes.

Some of these guys support their favorite fitness brand, such as GymShark, by buying products from them.

One thing to know is that they take their training seriously. You’ll never see them slacking off.

They look out for each other and provide support when the last weight lifting set becomes too much.

Before exercising, you’ll see them walking around drinking pre-workout (1).

They are no strangers to using supplements, and they likely have shelves full of products such as BCAA at their place (2).

Because bros want to bulk up, they lift heavy weights until different muscle groups are tired.

They usually target different muscle groups every day and have two or three days off every week.

Their workouts resemble some bodybuilders. 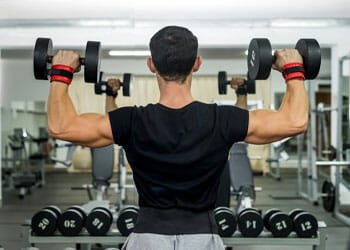 Tuesday: Back and Biceps 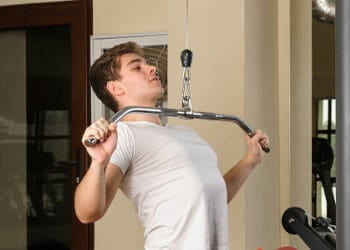 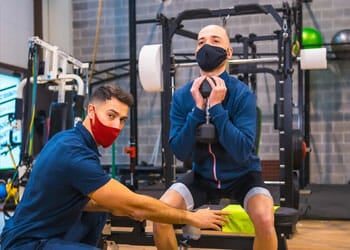 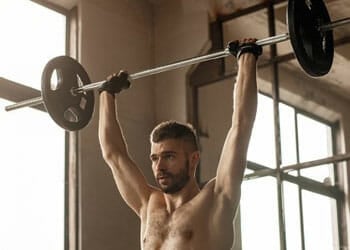 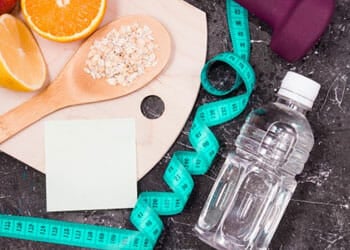 This type of man is also careful with their nutrition.

During the bulking period, they eat whatever food items they have at home, but they check product disclaimer for nutrition information. They do this especially when they're sensitive to some ingredients, such as caffeine.

After a few months, they start a cutting routine, which is about half the daily calories.

The purpose of this period is to burn off some of the fat.

Are You a Gym Bro Too?

Yes, the Internet is full of memes and sarcastic comments.

But ask yourself this: Who is behind that sarcastic content? A fit person who is happy in his/her body, or someone who can't stick to a workout routine and battles with living healthy?

Personally, I think we should all take a page from these guys’ manual. It’ll not only help the ego but the mind as well.

Let me know in the comments below if you are a gym bro and not ashamed of it. By Isaac Robertson 2 days ago
Home Gym vs. Gym Membership (Which One Is Better for You?) By Isaac Robertson 2 days ago
What Is a Row Plate on a Home Gym? (Explained by a Gym Rat)