Is Kali Muscle on Steroids? (The Truth)

It seems like the best way to start any kind of rumors is to become a social media fitness guru.

In this case, I’m talking about the Kali Muscle steroids rumors that have come from many different media parts.

Kali claims that he’s never touched anabolic steroids, but I have to agree that there are some reasons to make you think that there’s probably more than lifting weights going on.

So we spent a few weeks researching his background and body transformation to see if there’s any truth to the rumors.

Kali Muscle has become quite the polarizing figure in the bodybuilding world, and people either love or hate him.

With all the rivalry among influencers, that’s not overly surprising, but one way or another, you have to admire the man for having turned his life around.

The two main reasons that I believe Kali Muscle has at least partially relied on anabolic steroids are hair loss and oversized shoulders and traps.

It’s not just the completely bald head, which he may have chosen for more practical reasons, but he also seems to have no hair on his arms and legs.

And because the deltoids and traps of the upper back are often very out of proportion with steroid users, these are two very important reasons that there is potential that he has regularly resorted to using some form of hormone drugs.

But let’s get down to the details.

It was an unpleasant surprise when I heard Kali had a heart attack. He’s only in his mid 40 and very physically active, so this was shocking news for all his fans.

How did it happen?

Right after the crisis, Kali uploaded a video on his YouTube channel where he shared his experience with fans.

According to the video, he woke up in the middle of the night with strong chest pain.

After two hours, he was rushed to a hospital for an urgent surgery.

Can a Heart Attack Have Something To Do With Potential Steroids Intake?

Yes, long-term usage of steroids, in general, can increase the risk of a heart attack [4]. Still, we have no solid evidence of Kali abusing steroids.

In the video taken in the hospital, Kali talks about signs of heart problems physicians warned him about in the last 15 years, especially the edema in his feet.

So, even if Kali had experience with steroids, it wouldn't be the main reason because the problem was rooted in his past medical problems.

Moreover, in the same video, Kali mentioned that he was always conscious of his body and what he was "putting in it," but his mistake was that he ignored the signs of a possible heart condition that doctors tried to warn him about.

Kali grew up in Oakland, California, in quite a troubled family background. His stepfather was allegedly violent, and he was exposed to gang activity from a very young age.

Despite that, he focused on sports and did very well as a high school football player.

But things went terribly wrong for him when his brother was shot and killed.

Kali was a very talented football player who got picked up by Fresno State University to play college football on a scholarship.

But the fallout from his brother’s death and money problems rocked Kali so deeply that he retreated from training and studying and ended up getting involved with the wrong crowd.

He ended up spending seven years in prison for armed robbery, and Kali admits that it was probably the most life-transforming time.

He focused on weights to stay out of trouble, and he quickly bulked up to 230 lbs of lean muscle with barely an ounce of body fat.

But then the jail banned free weights as they were being used as weapons, and Kali had to reinvent his workout programs.

When he left prison, he moved to LA to pursue a career as a professional bodybuilder and actor. He continued to work on his lean muscle mass and has kept his body fat to an extreme low.

Some call him a genetic freak, others a fraud, but it’s undeniable that his social media status has brought him quite a bit of fame, and bodybuilding today would be different without him. 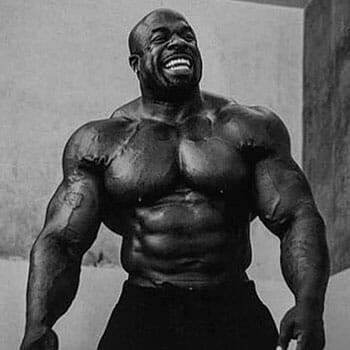 In the early years, Kali Muscle became involved in high school football and wrestling, and he quickly figured out that more lean body mass made him a lot more competitive.

You could describe Kali’s physique as abnormally bulky for a teenager, but I don't think that’s where you would want to look for any first exposure to steroids.

He claims that he was first offered steroid pills in prison, but I find that unlikely as well.

It’s far more likely that he saw steroid use in college, which is also when his body started to bulk up a lot more muscle.

His achievements after prison are quite impressive, and in 2012 he won the title of Mr. California.

But rather than focus on competition bodybuilding, he has turned his attention to crime prevention and a bit of acting.

Kali Muscle has created a scheme called Ex-Con to Icon to help young kids stay out of trouble.

And if you look up his YouTube Channel, you’ll see some of the commercials he’s featured in, including Comcast, Snickers, Honda, and Geico.

Kali did bulk up massively in prison, and by his own account, peaked at 230 pounds.

He has also said that he laughed at taking drugs to help him bulk up because he was already the biggest guy in prison.

And when you can spend all day, every day, performing exercises, it does make sense that you can quickly gain a lot of bulk.

Another common thing that bodybuilders on steroids take is human growth hormone (HGH).

One of the side effects of this is that organs can swell up, and that pushes out the so-called HGH gut.

There have been several photos of Kali where he does seem to show that symptom.

This is one of the most common signs of steroids being in play. The deltoids and traps in the upper back have a large number of androgen receptors [1].

As a result, you often see completely out-of-proportion shoulders, and that is something Kali does seem to have.

He claims that it’s from his targeted training, but that could be an excuse.

So, for this, let’s take a look at the maximum weight Kali achieved, which was 230 pounds. That’s about the same as Arnold Schwarzenegger in his prime, but Arnold is 5 inches taller.

And, more importantly, Arnold has admitted to taking steroids at various stages. And it’s because of that, I would have some added suspicions that Kali has dabbled with steroids.

Has Kali Shown Any Symptoms Of Steroid Use?

There are three other symptoms that I would like to address.

So, if you look at photos from the time after Kali was released from prison, you might notice that his hair started thinning. And these days, he shaves his head altogether.

Now, loss of hair is actually quite a common symptom of large doses of testosterone [2], which could be an indication that his workout programs after prison weren’t quite enough anymore.

He says he ​​lost focus during college and ended up committing crimes to get by financially, even though he was on a scholarship program.

Maybe it’s an indication of using steroids at that stage and that some level of aggression from hormone imbalances brought him closer to crime? It’s only speculation, though.

We have no access to Kali Muscle's medical history, and to be honest, it’s none of our business.

But if Kali had been using steroids long-term to help his muscles grow, then he possibly would have run into some issues by now [3].

Especially the high doses it would have required for that amount of mass.

And the resulting organ problems would have put him out of action for quite a while, which is something that wouldn’t have gone unnoticed.

“If you choose to be ordinary, don't be mad at someone that chooses to be extraordinary!!!” 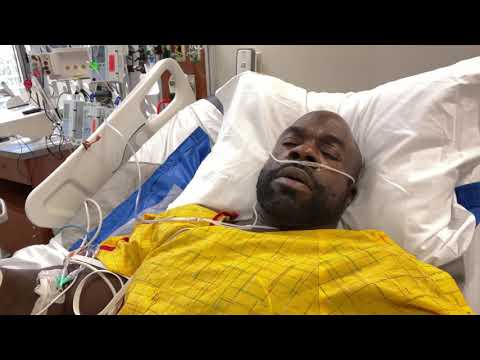 Is It Possible To Bulk Up Like Kali Naturally? 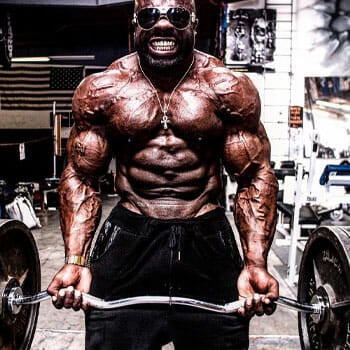 Yes, I believe it is possible to achieve that kind of muscle growth with the right diet, workouts, and legal steroid alternatives.

Now, if you follow Kali Muscle on his YouTube channel, then you’ll get a better idea of how to exercise religiously to add more bulk consistently.

But you’ll also need more than a free membership to a mailing list that gives you recommendations on how to do bodyweight squats and weighted push-ups.

What you’ll need is professional help from a strength coach for all your trips to the gym. Oh, and you’ll need to head to the gym at least five times a week and often more than once a day.

And to make sure that you always hit the right macro and micronutrient balance, you’ll need a dietitian to carefully plan every ounce of food you eat.

Other people rumored to be on steroids:

How Much Does Kali Muscle Weigh?

Kali Muscle weighs about 230 lbs. That’s about the peak muscle volume he has managed to gain, and for a 5’9” man, it’s an impressive achievement.

What Does Kali Muscle Do for a Living?

Kali Muscle works as an actor, author, and online influencer for a living. He has been highly successful on YouTube and with his books, resulting in an estimated $5 million in net worth.

Based on all the evidence we gathered, there are several reasons to believe he has taken some form of hormones over the years. But in my opinion, that’s all just distractions from other influencers that want to discredit him.

Going from gang activities to prison and then stepping away from his past life to help kids in similar situations is a big achievement.

We have also witnessed many clients achieve outstanding results with the help of our recommended legal steroid supplements that mimic the effects of anabolic steroids. In our experience, these have proven to be very effective in building muscle mass and strength quickly. 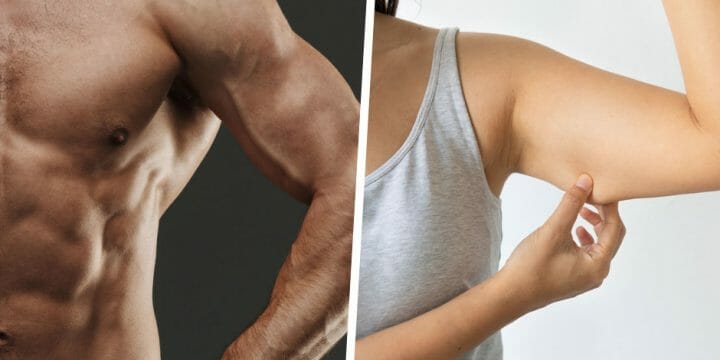 By Isaac Robertson 5 months ago
How Does Muscle Burn Fat?
Everything You Should Know 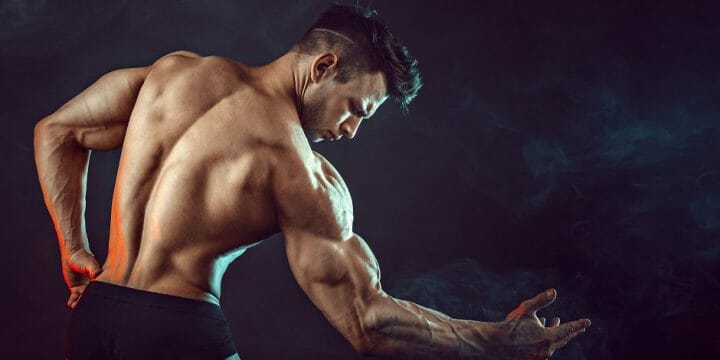 By Isaac Robertson 5 months ago
Can You Build Muscle Without Protein?
Everything You Should Know 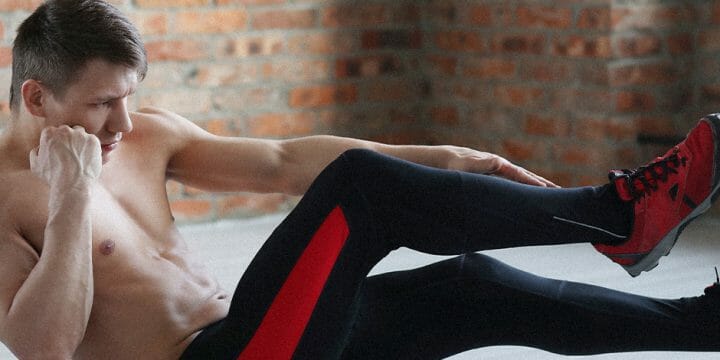 By Isaac Robertson 5 months ago
Should You Do Calisthenics Every Day?
Everything You Should Know