I've been in the fitness community for almost a decade, and I have worked with non-pro lifters like Method Man, who have gained a massive increase in muscle mass and strength through consistent workouts and proper diet and supplementation.

Recently, I decided to thoroughly analyze Method Man's workout routine, diet plan, and supplements, and I've compiled my findings in this article. After posting a video of his triple bench press, he earned himself the title of a "legit fitness influencer."

Before we dive into his workout, let's peek at his current stats.

How Did Method Man Get Into Working Out?

According to his social media, Method Man got into working out after suffering from severe insomnia, which caused him to wake up at two a.m. every day, which at the time he remedied by playing NBA 2K. =

He realized that his time was being misused, so he thought of a way to make his early morning hours more productive. He started working out in the gym at 4 a.m. two to three days a week.

Eventually, three days turned into five days of working out. And as Method Man realized this newfound passion for muscle building, he began pushing himself more to lift heavier weights and eventually beat insomnia.

Here's a more in-depth look at his workout routine.

Method Man decided to work out because he didn't want his early mornings wasted.

So, after discovering that he enjoyed weight lifting, he became relentless in setting his goals high.

"Regardless of how tired I get, no matter what the workout is, I at least will try it. I'm not going to say no to anything."

In an interview, he also stated that his primary goal in working out is to achieve an extremely ripped physique, similar to that of the Rock, so that he can take his shirt off on any occasion.

According to my research, Method Man's diet plan consists of plant-based foods. He stopped eating meat in 2012 and joined GZA, a founding member of the Wu-Tang clan, in adopting a vegetarian lifestyle [1].

He decided to adopt a vegetarian diet after learning about the health risks associated with a typical meat-heavy Western diet [2].

Furthermore, Method Man started eating whole foods, such as fresh fruits and vegetables, whole grains, and legumes such as edamame.

He has also given up regular fast foods and started making his veggie burgers from texturized vegetable protein and meat-like crumbles.

Although he is strict about consuming plant-based foods high in protein, carbs, and fiber, he doesn't set a definite time when he eats. Method Man is most likely using supplements to improve his exercise performance, such as pre-workouts.

However, he has not released any information about his exact supplement regimen.

My educated guess is that Method Man probably takes pre-workout supplements made entirely of plant-based ingredients like plant-based protein powders to boost his training performance [3].

Is Method Man a Vegetarian?

Yes, Method Man is a vegetarian who only eats plant-based foods such as burgers made from vegetable protein, legumes, and whole grains. Since 2012, he has stopped eating meat along with other members of the legendary Wu-Tang Clan.

What Keeps Method Man In Shape?

Consistent workouts and a healthy diet plan keep Method Man in shape. In addition, he's most probably taking pre-workout supplements to increase the intensity of his exercise, allowing him to burn more calories during his gym sessions [4].

In addition to his training, I believe Method Man's diet and pre-workout supplements are vital factors in his fitness equation.

So, if you've also vegan, I advise you to check out our top ten vegan pre-workouts. Our team has tested them to find out which ones improve overall performance the most.

Jess is a host, spokesperson, and model living in NYC. She is a fitness enthusiast, plant-based eater, healthy baker, and lover of nature.
She loves to share her experiences using different products in order to help others discover what might work for them!

By Jess Collins 5 days ago
The Calisthenics Diet
What To Eat & What Supplements To Take?

By Jess Collins 3 weeks ago
Bowflex vs PowerBlock Dumbbell
Which One Is Better? 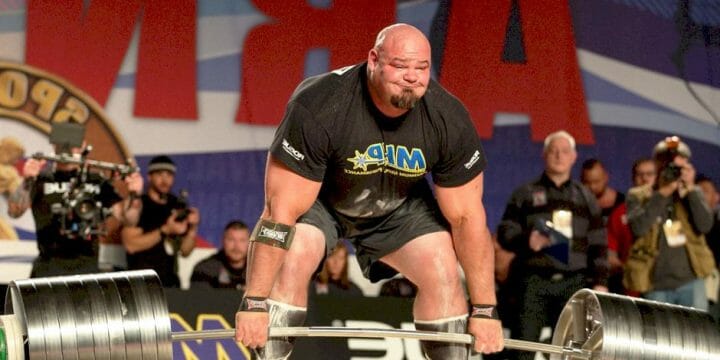