Can Testosterone Boosters Cause Hair Loss? (Science Based)

The hormone testosterone is possibly one of the most misunderstood ones of the human body.

You might think of it as the engine behind sex drive and gaining muscle mass. But could a hormone that has such a positive effect on manliness be linked to male pattern baldness?

I found the concept intriguing, and once I did some initial research, I knew this was something that might help our readers.

Let’s face it, who wants to grow muscles only to face hair loss as a side effect?

Here’s what the science is. 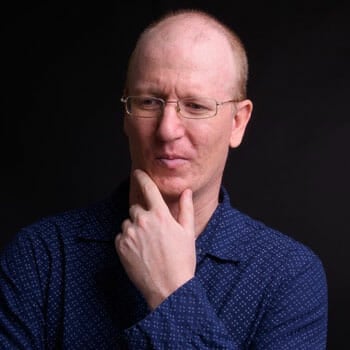 Not necessarily, as hair loss can occur with high or low testosterone levels.

But the main concern when it comes to hair loss is male pattern baldness (androgenic alopecia).

And the problem is that there are several things that can cause this type of alopecia, which we’ll cover in the next section.

First, let’s look at the types of testosterone in the male body.

This is the type of testosterone that acts as a messenger for things like muscle growth, bone density, mental focus, and even hair growth.

It’s why male teenagers start to get pubic and facial hair as their testosterone levels start to increase.

However, puberty brings a whole load of other hormone fluctuations that contribute to forming new hair follicles.

And there is a more important hormone called dihydrotestosterone. 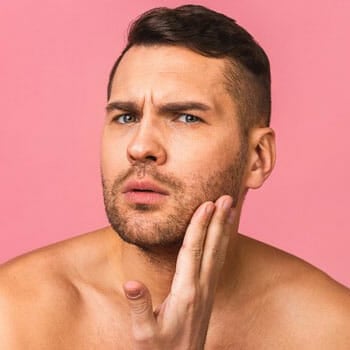 DHT is a modified form of testosterone and significantly more potent and effective [1].

It mainly triggers reactions in the prostate, skin, and hair follicles.

And it seems that it’s mainly an increase in DHT that might contribute to alopecia in men.

So, science seems to have linked DHT to alopecia, and more specifically, to the health of hair follicles.

That’s an important factor to consider because not all men produce more DHT just because their testosterone levels increase.

“DHT is a male sex hormone created when certain enzymes convert testosterone in men’s testes and prostate and women’s ovaries. DHT is a more powerful hormone than testosterone that actually is essential for most hair growth — except on the head.” 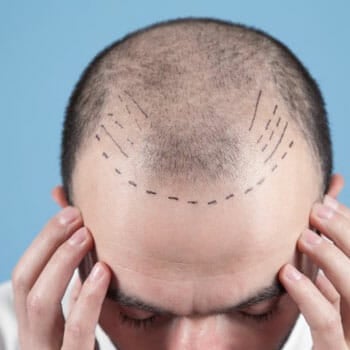 The important thing to keep in mind as well is the type of hair loss linked to DHT.

This is not some random loss of hair follicles but a slowly receding hairline from the top of the forehead.

This usually recedes into an M-shape until the entire crown is bald.

But men can also encounter hair loss on the chest due to high levels of DHT, which often happens at the same time as the male pattern baldness starts on the head.

What Other Causes Are There For Balding?

I already mentioned above that problems with hair regrowth are more complex than just linking it to levels of testosterone.

Here are the main contributing factors:

Unfortunately, age is by far the most common reason for hair loss, as the growth cycle for hair follicles naturally decreases as men get older.

There are not too many men in their 80s that still have a full head of natural hair. And there’s not a whole lot you can do to stop the aging process.

This could come as a surprise to men, but male pattern baldness at an early age is often linked to high levels of work and life stress.

During periods of stress, the human body produces more cortisol, and some studies have shown a link between cortisol and hair loss [2]. So, before you blame testosterone for early-onset male pattern baldness, take a step back and look at your stress levels. 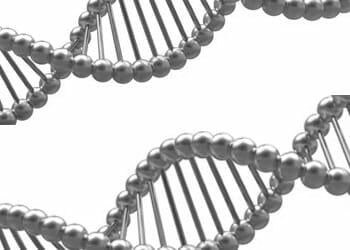 Yes, you might need to blame your parents for hair loss as well, as your genetics play a significant role.

If you’d like to know whether you had an unlucky pick with your genes, then a quick gene test might help to rule it out [3].

Just keep in mind that this test is only for men, as the genetic link for female hair loss is not fully clear yet.

One of the more common links between testosterone and hair loss comes from something called treatment shock.

Keep in mind that testosterone replacement has nothing in common with over-the-counter supplements.

Are There Ingredients In Testosterone Boosters That Can Cause Balding? 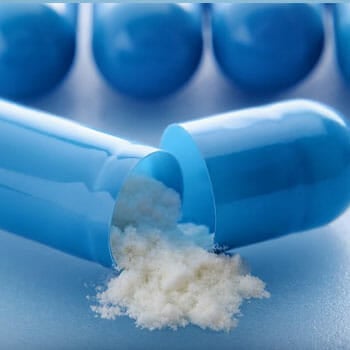 Speaking of supplements, one question we encountered in our research was if there are ingredients in natural testosterone supplements that might contribute to male pattern baldness.

The last thing you want is for your supplement stack to make your hair fall out.

So, we looked at the ingredients of the testosterone products that we recommend to clients and found no link to hair loss.

That doesn't mean that there aren’t any products with content that might contribute to thinning hair, but we believe this is quite an unlikely situation and possibly originated in some hair loss myths.

Are There Things You Can Do To Avoid Balding?

Now, there are extreme treatment options like a hair transplant, but there are a few things you should try out before you go down that road.

However, if you’ve noticed hair loss after starting testosterone replacement therapy, then the first thing you should do is talk to your doctor to run some tests to see if you have increased dihydrotestosterone levels.

Hot water tends to open up skin pores and follicles, which makes them more vulnerable and could make your hair fall out.

It doesn't mean that you need to jump under a cold shower, but try only exposing your scalp to lukewarm water instead.

There are over-the-counter and prescription only shampoos available that aim to help strengthen follicles. They often contain anti-DHT ingredients, which could help to increase the number of healthy follicles.

You can also try to take vitamins. We have an article about the best vitamins for hair growth and thickness.

Treat Yourself To Head Massages

There is some evidence that the amount of blood flow in the scalp may improve the health of follicles and encourage thicker hair growth. One of the easiest ways to achieve that is with a regular scalp massage.

Does It Affect Men And Women Equally? 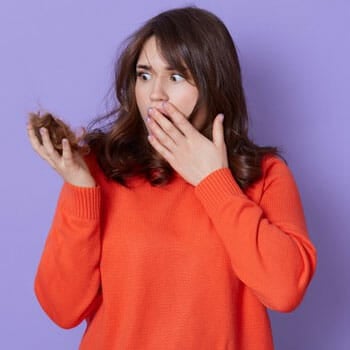 We tend to hear of male pattern baldness, but women can encounter the same problem with similar underlying issues.

Hair loss triggered by a hormonal imbalance and elevated DHT might be less common in women, but the result is practically the same.

Where there is a difference in the hair loss is the pattern on the head. Men tend to recede from the front to the back, while women usually show signs of hair loss along the top of the scalp.

Is Hair Loss From Testosterone Reversible?

Yes, hair loss from testosterone may be reversible with medication and specialized shampoos. Medical solutions often use 5-alpha-reductase inhibitors that reduce the amount of DHT the body produces. This tends to slow down and even reverse some of the baldness effects.

What Hormone Makes Your Hair Grow?

Estrogen makes hair grow in women, but in men, the hormone relationship is different.

Here it is the level of DHT that has the most impact on hair growth.

Will Testosterone Boosters Cause Baldness?

While some people will jump to the conclusion that testosterone boosters can cause hair loss, this is often based on misunderstandings over medical testosterone treatments.

Those often result in high testosterone levels as well as increased DHT, which is the more common reason for baldness.

So, if you’re trying to overcome low testosterone with a natural boosting supplement, this shouldn’t be a common issue.

If you still notice some signs of thinning hair, then try to eliminate some of the other factors we list above and possibly talk to a doctor about medical options for DHT blockers. 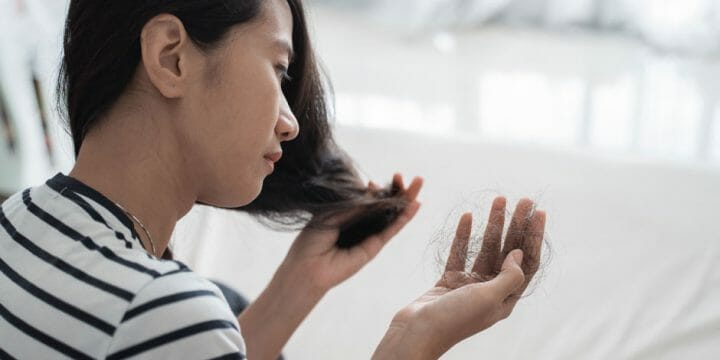 Supplements 3 months ago
Can Fat Burners Cause Hair Loss?
We’ve Got the Answer Supplements 3 weeks ago
Can Steroids Cause Hair Loss? (According to a Doctor)