Most breakfast cereal today are packed with vitamins and minerals, which puts them on the healthier spectrum if you disregard the fact they're laden with sugar and artificial colors.

If you enjoy morning cereal and practice a vegan diet, you must wonder — are Rice Krispies vegan?

I did all the research, and here's everything you need to know about Kellogg's Rice Krispies cereal. 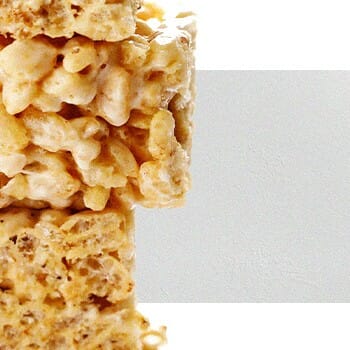 No, unfortunately, Rice Krispies aren’t vegan! However, the answer is more complicated and depends on your definition of veganism.

Kellogg's Rice Krispies has been around since 1928.

Their crunchy and crispy texture, combined with the variety of flavors the company offers, made them one of the most popular crispy rice cereals in the US.

Kellogg's Rice Krispies cereals may not have any visible animal-derived ingredients, but this rice cereal isn't wholly plant-based.

Rice Krispies cereals contain iron, sugar, and vitamin D3, which can be animal-derived.

Kellogg’s Rice Krispies is a puffed rice cereal typically made from brown rice.

The rice cereal's ingredients vary from country to country, so here are the US's Rice Krispies' ingredients:

Kellogg’s has a lot of vegan products, but you need to pay attention to the cereal ingredients. Looking for vegan ingredients may not seem easy, but I’m here to help you.

Pay attention to the following ingredients:

These are all vegan ingredients and they’re included in Kellogg’s Rice Krispies cereals and other Kellogg’s products.

As I mentioned, Kellogg’s Rice Krispies cereals don’t have vegan-friendly ingredients. However, some people consider it vegan. There’s an ever-going debate whether sugar, iron, and vitamin D3 are vegan or not. I’ll state the facts and leave it up to you to decide.

Sugar is typically available in two forms — organic and plain. The problem with plain sugar is the way in which it's processed. Many producers use animal bone char for processing sugar, so many vegans consider it non-vegan [1].

"There are no technical reasons preventing the production of organic beet sugar; it has been done in Europe."

Iron may also not be vegan, as there are two types — heme and non-heme iron. The heme iron is derived from animal sources, such as seafood, poultry, and meat.

On the other hand, non-heme iron is derived from plant foods, such as seeds, legumes, nuts, grains, and leafy greens [2].

Vitamin D  is also available in vegan and non-vegan forms in vitamin D2 and vitamin D3 forms. Vitamin D3 is derived from sheep wool and lichen (an organism present in algae).

Kellogg’s doesn’t indicate in the ingredients list whether these three ingredients are vegan-friendly or not.

Vitamin D3 derived from animals would mean that Rice Krispies are not vegan, so you may want to stay away from Rice Krispies cereals if you don’t consider these ingredients vegan. Or, you could call or email Kellogg’s representatives and ask for details.

Milk is obviously an animal product, but if you didn’t know, gelatine is made by boiling animal skin, tendons, ligaments, or bones.

Finally, Krispie Treats also contain palm oil, which is obtained unethically by harming the environment, animals, and people who work in that industry. Hence, vegans consider it not vegan-friendly.

Are the Original Rice Krispies Vegan?

No, the Original Rice Krispies are not vegan. Kellogg’s states on their website that this flavor contains vitamin D3 derived from animals.

Are any Rice Krispies Vegan? 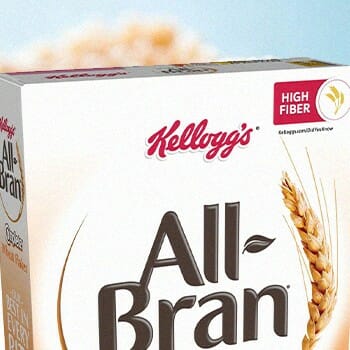 The answer depends on the recipe of the cereals. The same cereals can be vegan in one country and non-vegan in another.

That’s why it’s essential to pay attention to the table of contents and study every ingredient.

Sadly, Kellogg’s products are mostly not vegan. The only product that’s entirely vegan in the US is Kellogg’s Mini Wheats Unfrosted Bite Size.

The Special K Protein Plus used to be vegan. However, some recent posts have revealed that it’s not vegan since it contains D3 vitamins, which are not vegan.

However, Australians have it much better, as there’s an entire vegan cereal section on the brand’s website. Some of the numerous vegan options include:

Luckily, there are tons of vegan Rice Krispie Treats recipes on the internet, and they’re all incredibly easy to make. Here’s a quick recipe. You’ll need:

As I said, the answer depends on your definition of veganism.

Rice Krispies contain animal-derived vitamin D3, iron, and sugar. If you’re a strict, hard-core vegan like I am, these ingredients are a deal-breaker, making the product non-vegan.

However, many vegans are OK with consuming these ingredients.

So, are these cereals vegan to you? Whatever your answer is, be sure to try the Rice Krispies treats recipe.

Share your opinion, vegan Rice Krispies alternatives, and your favorite recipes in the comments.

By Isaac Robertson 20 hours ago
The Calisthenics Diet
What To Eat & What Supplements To Take? 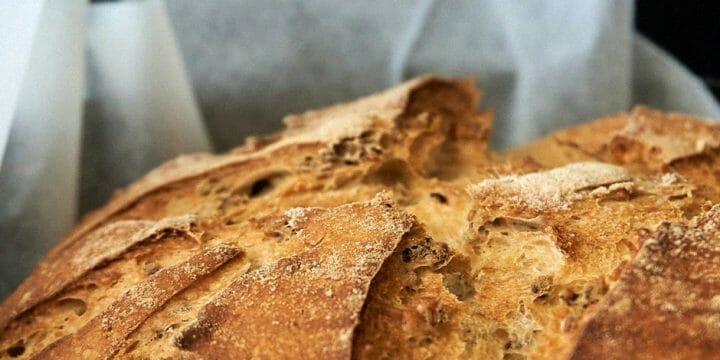 By Isaac Robertson 5 months ago
Is Sourdough Vegan?
We’ve Got the Answer 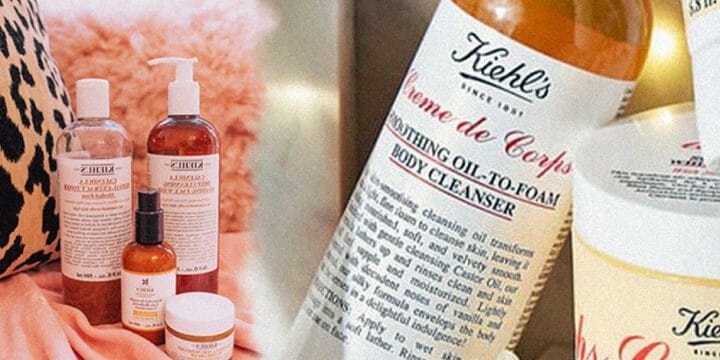 By Isaac Robertson 2 days ago
Is Kiehl’s Cruelty-Free & Vegan?
We’ve Got the Answer