Maple syrup has proven to be a fantastic substitute for table sugar that many vegans rely on, but some maple syrups can hide unexpected animal ingredients.

So, what should you watch out for when selecting a bottle of this sticky, unique-tasting sweetener? Do vegans eat maple syrup?

Our team will fill you in on everything you need to know about possible non-vegan ingredients in maple syrup, so keep on reading to find out how it’s made, how to tell if your maple syrup is vegan, and what vegan maple syrups you should try.

How Is Maple Syrup Made? 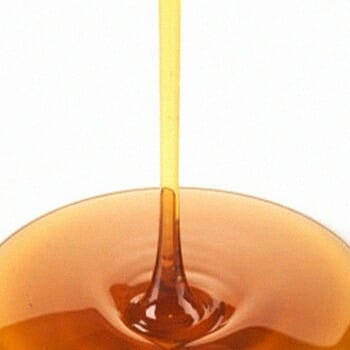 After the holes are created in the trunks of maple trees, the precious sap leaks out and gets trapped in special containers.

Up until this point, it appears that based on how it’s made, organic maple syrup from maple trees is entirely vegan-friendly.

However, this is where things can get a bit messy. The next step is boiling the maple sap, which allows the syrup to become more concentrated and dense.

Still, sometimes this stage of the production process may involve some animal ingredients that can end up in your organic maple syrup container.

After the boiling process, ‘’The syrup is graded based on its color and strength, with Canada having a slightly different system to the United States, and even that in the US differing slightly between states.’’ [1]

Most common varieties include:

What Is Pure Maple Syrup?

Luckily, there are several excellent maple syrup brands which check all the boxes of your plant-based pantry.

So, what makes pure maple syrup vegan is the absence of any artificial or animal-derived ingredients.

Okay, real maple syrup may cost you a bit more than you expected, but if you’re serious about your vegan lifestyle, it might be worth the extra cash.

These are the usual suspects that make organic maple syrup non-vegan:

The production process of white sugar often involves animal ingredients, namely, animal bone char, which is a deal-breaker for many vegans.

These ingredients are commonly found in all sorts of processed foods, and some maple syrups are no exception. Some of these flavorings and colors may be animal-derived, like castoreum or red food dye that often comes from insects.

Another ingredient that most vegans frown upon since it’s extracted from bees.

Some Pancake Syrups and Maple Syrups don’t qualify as vegan since they contain this milk-derived ingredient. However, some maple syrups that include “butter” in their name are vegan-friendly; and you can find the exact brands in the vegan maple syrup list below.

Finally, there have been reports that some maple syrup manufacturers use animal products, such as animal fat, in the process of defoaming the maple tree sap. Still, we were not able to confirm this.

However, keep your eyes open for allergy warnings on your maple syrup bottle such as ‘may contain traces of milk’ or similar as this might be a sign that some dairy-based defoaming substance may have been used on the pancake syrup.

How to Choose a Vegan Maple Syrup?

If you’ve been racking your brains trying to figure out ‘’is maple syrup vegan?’’ and "do vegans eat maple syrup?", just pay attention to two things. As long as the label says it’s 100% pure maple syrup - it’s the real deal, meaning that maple syrup is vegan. If the label from the specific maple syrup company product also reads ‘’organic’’, you can be sure it’s vegan-friendly.

According to the Vermont Organic Farmers,

‘’Any organic product can only use certified organic vegetable oils in production.’’

A short ingredients list is another factor that makes maple syrup vegan. Kosher brands are usually safe bets, too.

If you can’t be bothered by checking the ingredients list to make sure your maple syrup is vegan, next time you want to restock on your plant-based sweetener, just pick some of these vegan-certified brands:

Whether you’re after a thicker, more robust syrup or a lighter version, high-end or more budget-friendly products, a variety of vegan-friendly maple syrup products will have you covered.

Although it’s about three times sweeter than table sugar, this breakfast staple is actually a healthier option compared to other sweeteners, especially if it’s pure maple syrup.

Maple syrup is also a bit more nutritious than granulated sugar as it contains small amounts of minerals, such as zinc, potassium, and magnesium. It also comes with a couple of antioxidants.

Although these are good reasons to add maple syrup to your diet, try not to go overboard with it.

Despite being a healthier substitute to other sweeteners, it’s still loaded with sugar, which is not something you should consume in high doses if you want to avoid diabetes, obesity, and a number of other health issues.

Should You Add Maple Syrup to Your Diet?

Most maple syrups are vegan and are a great addition to a plant-based lifestyle.

Plus, if you are conscious about the environmental impacts of products you consume on a daily basis, you’ll love the fact that maple syrup is also eco-friendly, which cannot be said for other common sweeteners.

As a bonus, maple syrup is actually one of the healthier sweeteners out there, so don’t hesitate to top your favorite vegan ice cream or smother a batch of pancakes with this sublime-tasting plant-based sweetener.

How do you use maple syrup, and what brands would be your top picks? Let us know in the comments below. 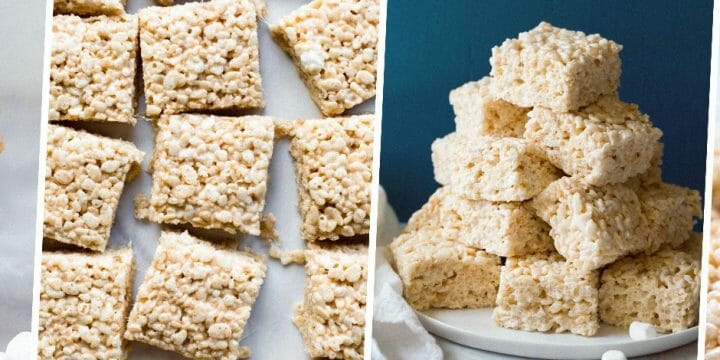 By Isaac Robertson 5 months ago
Are Rice Krispies Vegan?
We Answer All Your Questions