Even though it’s not a sport requiring top-notch fitness and physique, many female billiard competitors are in great shape and garner much attention from their fans all over the world for their looks.

We’ll start the list from the bottom and work our way up to everyone's favorite.

Her father brought her to her first tournament at 18, where she took 4th place and became hooked.

She pursued her career through Amsterdam straight pool championship, and in 2010, at the age of 26, she started her professional career.

Today, Emilly (a.k.a ‘The Butterfly Effect’) is one of the top 10 best female billiard players in the USA, representing the country in 7 World Championships.

But aside from her billiard expertise, this professional pool player is also known for her charming looks and glamorous outfits.

That’s why she earned her place on 2015’s TruTv reality show - “The Hustlers”, and fully deserves her place among the most attractive billiards players.

This female player fell in love with shooting billiards at 14. Since then, she has dedicated her life to this game and became known as a trick-shot artist due to her outstanding skills. Meanwhile, she also became a martial arts instructor and an impressive painter.

With all that skills at the age of 29 and a reputation of a former model, it’s no wonder our readers found this pool player competitor as one of the most attractive billiards players. 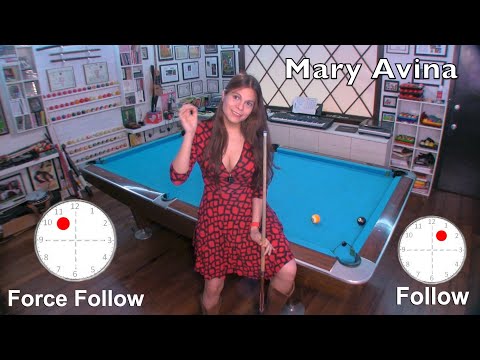 When you look at Jeanette’s mysterious face and black outfit, you get the idea why she got the nickname ‘Black Widow.’

She is a former number one and one of the most influential sportspersons (recognized by the “Billiards Digest” and “Billiards Magazine”), with more than 30 international and local tournaments conquered.

Declared several times as the Player of The Year and a gold decorated medalist at the World Games in Akita, she was finally introduced into the Women’s professional billiards Association Hall of Fame in 2012.

This 51-years-old Asiatic beauty and legendary pool game player earned her place on our list for her graceful and intriguing look.

“Passion and hard work make a great player, but the courage to get up every time you fall is what makes a champion.” Besides being a pool player, she is also a 1995 Ankara swimming champion and a many times awarded dart player. That’s not all since she also got involved in football and volleyball.

This all-around athlete is better known for her looks than her billiard skills, but she looks so good that even a mild impact in this sport was enough to put her on the map for the list of the most attractive billiards players.

We’re not alone since “Inside Pool Magazine” also recognized her potential and placed her on the covers in 2010.

Today, at the age of 37, she works in the fashion industry, involved in shoe design.

Playing billiards from the age of 14, Ewa is considered one of the players with the longest career in the pool world. This professional pool player’s net worth is estimated to be around $2 million.

Becoming a household name, “Striking Viking” also built up a career as a sports commentator for ESPN and TV host for several billiard shows.

On top of that, she is also one of the authors of the book “The Complete Idiot’s Guide to Pool & Billiards”.

Regardless of her results, attributes that brought 58-years-old Ewa Mataya Laurance to our most attractive billiards players list are her intriguing gray eyes, blonde hair, and toned body.

A post shared by Women in Action Tr (@womeninactiontr) Borana Andoni, or “Queen Bee,” is one of the proofs that beauty and the brain can go together. This Tri-State Tour Championship and Amsterdam Straight Pool Championship winner is a woman of many hats and titles.

She holds a Master’s degree in statistics, a Bachelor in finance, and a minor in mathematics, all earned at Fordham University.

Besides science, Borana Andoni studied violin for four years and piano for 12 years, reaching the top 5% of her class at LaGuardia Performing Arts High School. Regardless, she spends most of her free time today at Castle Billiards Lounge.

All those perks make this beautiful Albanian brunette with maroon eyes and slim figure a full-package dream girl and one of the most attractive billiards players. Being a violinist, Angelina is another female pool player involved in music.

Angelina Paglia owns her shredded body to synchronized swimming, another hobby she’s into. That body and cute appearance ranked her high on our list as one of the most attractive billiards players.

The fact that a billiard player made a way into ESPN’s “25 Sexiest Female athletes of all time” and “The Top 16 Sexiest Female Athletes” speaks for itself.

Not to mention that she was featured in a four-page famous Playboy Magazine article.

This blonde bombshell was ranked among the world’s top 10 female 9-ball players and was a competitor in Professional Women’s Billiards Association until 2003.

Her movie-star looks and fit body earned her a place in several TV shows and international magazines and a high third position on our list of the hottest women pool players [1].

Two times European champion in the Russian pyramid, champion of Moscow in the dynamic pyramid, and Master of Sports of Russia, Anastasia Vladimirovna Luppova is the most famous Russian pool player.

An athletic body, cute face, brown eyes, and brown hair stunned the jury in 2009 when she won the Miss Billiards competition.

As of now, at the age of 37, she works as a coach but still remains one of the hottest women pool players ever to compete in this sport.

Shanelle Loraine commenced a billiards career in 2000 and quickly showed off her potential, recognized by the Central Florida pool team.

She was a part of the team for four years and built a reputation as a rising pool star.

Shanelle Loraine was born in Japan and raised in Guam, and that mixture of genes and environment contributed to her exotic look. Golden-brown eyes, dark brown hair, and a curvy body placed her among today’s most beautiful female sportspeople.

Even though she never snatched a major event, we gladly handed her the prize of the first lady among the most attractive billiards players.

What Are Your Thoughts?

Visual attractiveness, overall, has a lot to do with body shape, so exercise and a healthy diet are crucial.

If you lack the motivation to attain your dream physique, I advise you to add fat burners to your diet and workout routine. We have extensively tested these products, and all of our test data shows major improvements in body composition for our clients.

Pick one from our list to see what it can do for your body-transformation journey.