I’ve been a huge fan of Hugh Jackman ever since he’s starred in the Wolverine movies. What has impressed me the most is how he has been able to maintain all that muscle mass.

Many people don’t understand that it’s just as hard to keep the muscle growth as it is to get it in the first place.

Fortunately, Hugh has shared a lot of information in interviews and social media about his weight training and diet plan.

So, we’ve gathered all the info we could find to come up with this plan for you.

Hugh Jackman’s trainer David Kingsbury was the biggest influence in transforming him to become a badass superhero.

For months at a time, he would go through grueling workouts to maximize muscle building and reduce his body fat to an absolute minimum.

Most people that haven’t tried that with a big enough bulking goal have no idea how difficult it can be.

Of course, having a movie studio pay for a professional trainer and dietitian and then getting paid to go to the gym helps a lot.

But don’t make the mistake of believing this makes the work any easier. 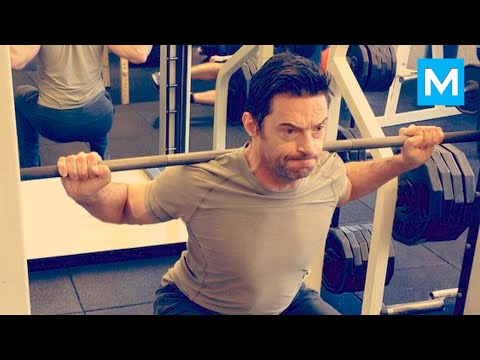 What Is Hugh’s Workout Approach?

Hugh's workout approach focused on exercises that would help him pack more muscle.

One advantage for Jackman before The Wolverine was that he was already in good shape with a high fitness level. He was very lean for Les Misérables, but he was missing the bulk he needed for an entirely different character.

The first thing that Jackman changed was going from lifting in the 8 - 12 rep range to a maximum of 5.

That meant the weights increased, and the burn set in an awful lot earlier. As a personal trainer, I know this is where most beginners go wrong.

Here's what we think Jackman's workout plan looked like.

So, the first thing to highlight is that Hugh Jackman takes the approach of a declining number of reps with increasing weight. Ultimately, this pushes his muscles to failure, which has a significant impact on muscle building.

The important thing to note is that you shouldn’t go above 10 reps when working on weights. 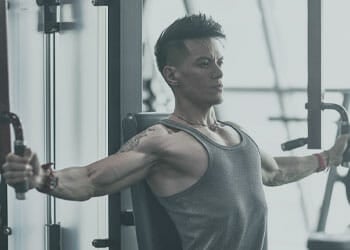 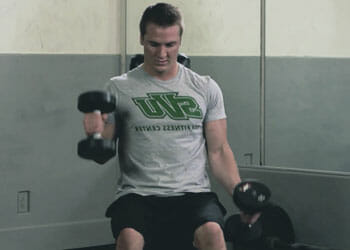 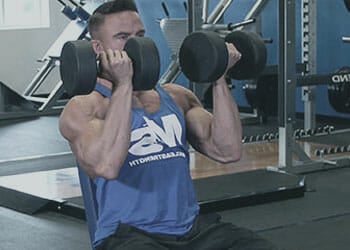 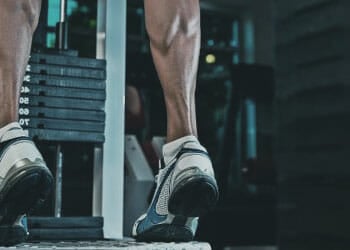 Some light cardio might be a good option, especially if you have some fat to lose, but this should be mainly geared towards recovery.

Going for a few walks per day or doing some targeted stretching can also help with circulation and faster muscle recovery.

Jackman has mentioned a few times that he often limits his eating window to just 8 hours every day. The goal is for the extended fasting times (16 hours) and carb cycling to help him reduce fat while still eating a high-calorie diet to support his muscle growth.

That means he had to cram a lot of food into those 8 hours a day.

Here’s what the Wolverine diet would look like broken down into 4 meals.

Hugh Jackman almost certainly relied on these supplements to see the gains he achieved.

To avoid premature fatigue and to make those last reps count, Jackman would rely on some energy boosters to increase his endurance.

My top pre-workout recommendation is the one from 4Gauge -- works amazing for intense gym days.

We checked with a nutritionist, and she recommended that a training routine like the above would require about 8 grams of BCAAs to speed up the recovery phase [1].

I get this amount for every serving of Transparent Labs BCAA helping me with optimum recovery.

This is another supplement that Jackman’s trainer has spoken a lot about to specifically support the bulking phase of training.

If you’re looking for a creatine supplement with top quality ingredients, check out Transparent Labs Creatine.

This is a bit of a guess, but considering the kind of calorie intake required and the short 8-hour window for eating, it’s not unlikely that Jackman kept a few mass gaining products at home.

I highly recommend another product from Transparent Labs Mass Gainder if you’re looking for a high-quality mass gainer.

A Wolverine workout isn’t going to be easy, but I can guarantee you that if you stick with such a routine for 4 to 6 months and adapt your diet, then you could easily have a body fit for an X-Men movie.

But even if you don’t want to look like Wolverine, this training plan will make a huge difference to get rid of flabby stuff and help you bulk up.

Give it a try for a few weeks, and then get back to us about how it worked out. By Tyler Sellers 4 months ago
Is Hugh Jackman on Steroids or Natural? (What We Found Out)