I’ve been a Marvel fan since I was a small kid, but as a personal trainer, I’ve found renewed joy and interest in the movies.

Not only because they bring me back to my childhood, but I love analyzing the transformations that a lot of actors have gone through to look like the superheroes from the comic books.

And one superhero you cannot ignore is the Norse god Thor, played by Chris Hemsworth, where he shows off one of the most ripped bodies in Hollywood.

To find out how Chris achieved this, we trawled through hours of interviews and endless social media posts to come up with a workout plan and diet.

Chris started his career in Australia on a popular TV show called Home and Away.

As a surfer dude on the show, he was always slim and well-built, but nothing even remotely resembling his ripped appearance today.

And it wasn’t until around 2010 that he went through a significant body transformation.

That was all in preparation for the first Thor movie, which is why so many people refer to his Thor workout.

In some interviews from 2011, Hemsworth mentions that he put on between 20 and 30 pounds of muscle mass. That would explain why he looks so imposing in the movie. 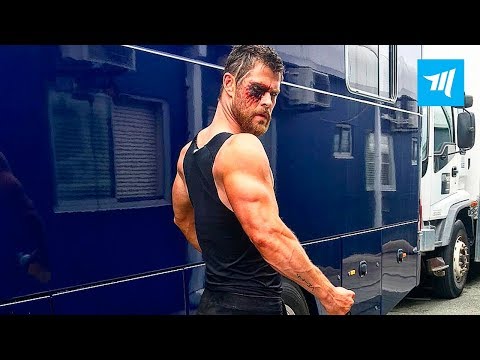 To gain all the muscle weight, Chris Hemsworth had to focus a lot of attention on heavy weightlifting, which was very alien to him.

While he was no stranger to the gym, he mainly focused on staying fit and slim. Chris did have good muscle definition, but to play Thor, he needed a lot more lean mass.

That meant spending a lot less time on cardio machines and seriously reducing the reps he was doing.

Depending on how close he is to shooting a new movie, he’ll spend either 5 or 6 days a week in the gym. And through the many different movies he has been involved in, he has perfected a routine that seems to work exceptionally well for him.

It’s about big weights and a mix of isolation and compound exercises, and we’ve put together a plan that will definitely bring on the burn.

We analyzed dozens of interviews, YouTube clips, and social media posts to figure out what a typical week would look like for Chris. As you’ll soon see, this workout plan is the real deal. 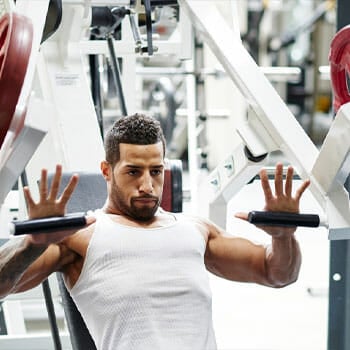 Each of these exercises will be 3 sets with a maximum of 10 reps. What Chris would also tend to do is gradually overload his muscles by increasing the weight for each set and going down from 10 to 7 to 5 reps.

The important thing is that the last 2 reps should be a struggle, and they should really start to cause a burn.

We also heard that during bulking phases, he would increase to 5 sets.

I wouldn’t focus on reps here, but rather take Mohammad Ali’s approach and only start counting when it starts to hurt.

Tuesday - Back and Shoulders 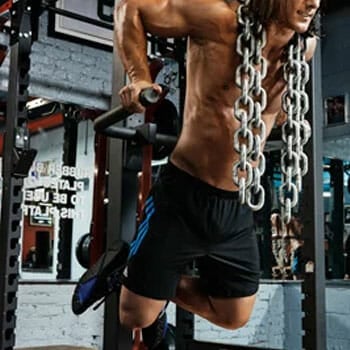 A lot of these exercises are compound, which means that they focus on several muscle groups at the same time.

There is a lot of evidence that this form of exercising can help you bulk up faster as it seems to increase the amount of natural growth hormone and testosterone production. 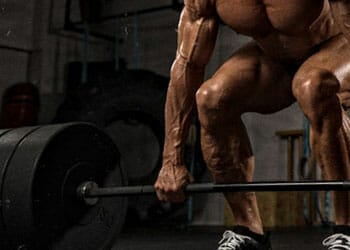 The focus here is entirely on the legs, and before you think that this might be an easy day, let me say that these are all 5 sets of 10 reps declining to 5 reps.

So, make sure you pile on the weights. 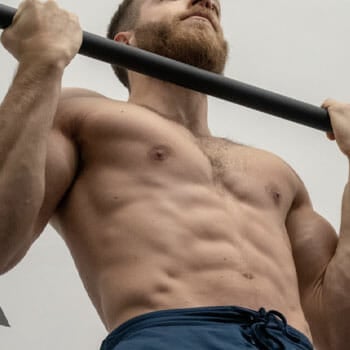 Here’s a heavy focus on the glory muscles, and again, go for 5 sets of a maximum of 10 reps. That means going for those big dumbbells.

Depending on whether he’s in a bulking or cutting phase, this day will either be a 90-minute high-intensity interval training (HIIT) or a cardio session to burn off some body fat.

He’s also done some martial arts training like Muay Thai, which helps him prepare for fight scenes in movies.

“You have to keep shocking your body in different ways for it to want to evolve, and the variety is key because it keeps you mentally stimulated.” - Chris Hemsworth. 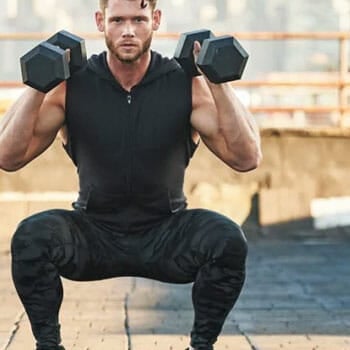 This routine provides a mix of upper body, legs, and abs for a bit more muscle confusion and compound effects before you head for a well-deserved rest.

What you’d do is pick 4 of the previous day’s exercises for each body part to give you a bit of a full-body routine.

Chris Hemsworth takes his rest and recovery seriously, and one day a week is designated to wind down. He would still go for a few walks and even do a bit of a stretching routine.

These things can help a lot when it comes to increasing blood flow and ultimately repairing and building up new muscle tissue.

What Does His Diet Plan Include?

We’ll focus on the so-called Thor diet, which aims to bulk up muscle and reduce body fat through cutting phases.

And to aim for the body of the god of thunder, you’ll need to get your macros absolutely right. It will also involve eating 6 times a day to keep those nutrients coming.

Let’s walk you through a typical diet meal plan.

What you should notice here is that this diet is heavily focused on protein and healthy fats. Chris does get some carb boosts, but it’s important to make sure that those are complex carbs.

There’s not a bit of added sugar to be seen, and there’s an important reason for that.

Sugary carbs get into your body fast and will cause blood glucose spikes. While they might feel like you have loads of energy, they’re also followed by sudden energy crashes.

Believe me when I say you don’t want a blood sugar crash in the middle of one of the above routines.

So, stick with complex carbs and load up on the protein.

Chris Hemsworth uses supplements such as pre-workout, whey protein, BCAAs, and vitamins and minerals to supercharge his workout efforts.

In order to push himself another 5% or 10% further, Chris would make sure he took a pre-workout supplement. It might not seem like much, but if you add up the effects of working 5% harder in each training session, then you’ll get one step closer to a true Thor workout.

You can see in the meal plan above that he takes a few protein shakes throughout the day. Keeping that steady supply of amino acids should help muscles recover faster, and whey protein has the ideal amino acid profile for muscle protein synthesis [1].

These fancy amino acids play a key role in workout performance and recovery. Some bodybuilders like taking them halfway through a training session to help power through it and get an early kick start for muscle recovery [2].

Taking multivitamins is something that a lot of bodybuilders underestimate. But micronutrients play a key role in workout recovery times. Getting a boost from a supplement at the end of the day is one of the best ways to prepare for the next day’s workoutCheck out the best multivitamins for athletes.

Would You Be Able To Do A Chris Hemsworth Workout?

To train and eat like Thor requires a lot of dedication, and Chris Hemsworth has shown us all how it’s done. I would challenge anyone to try out this workout routine for a few weeks and match the diet plan as well.

If this doesn’t get you in shape, then I’d be very surprised. Fitness 4 weeks ago
Is Chris Hemsworth on Steroids? (Revealed) 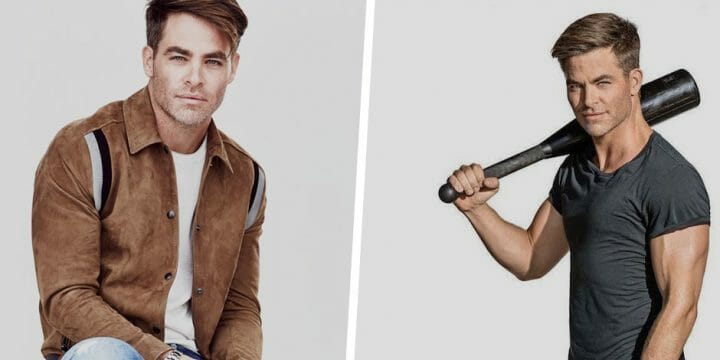