Not all of our readers will have heard of Anna Wintour, but if you follow events in the fashion industry, then you’ll know how much of a success story the editor-in-chief of Vogue is.

What is most impressive about Anna Wintour is that she has managed to maintain a balance of a high-powered job with family life and an incredible level of fitness.

And I honestly believe that her dedication to fitness and weight loss has helped her succeed in all areas of life.

Now, if you think that your time is too limited to get super fit, then take a look at our research into the Anna Wintour diet and workout.

Who Is Anna Wintour? 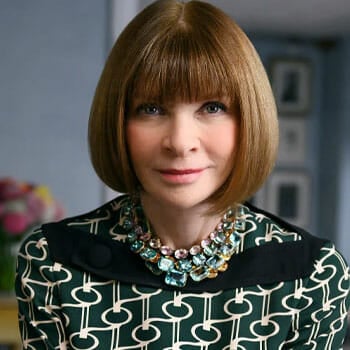 Anna Wintour is the editor-in-chief of the fashion magazine Vogue.

She comes from a family of editors with her father, Charles Wintour, being editor of the Evening Standard, and brother Patrick Wintour who is the diplomatic editor of The Guardian.

Her former personal assistant wrote a novel called The Devil Wears Prada, which was later made into a movie starring Meryl Streep, and portrays some of the craziness that an editor of Vogue Magazine might deal with.

“If you can’t be better than your competition, just dress better.”

Throughout her long career in such a high-powered position, Anna has always maintained a very strict health and fitness routine. And when you look at photos of her today, you certainly wouldn’t think she’s 71 years old.

Her Approach To Fitness 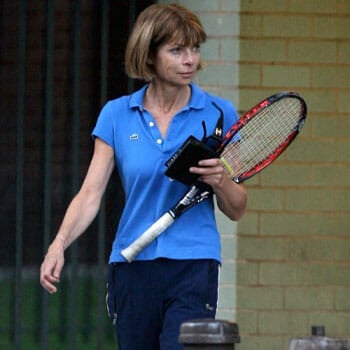 I can’t say how true the character in The Devil Wears Prada is to Anna’s personality. Some video interviews you watch with people that know her seem to agree.

And she does seem to have a very demanding personality that has earned her the nickname “Nuclear Wintour.”

One thing is for sure; she is a very strong person when it comes to building and maintaining a routine that helps her stay fit and healthy.

Her day starts the same way every morning with an early wakeup call, an hour of fitness training, followed by getting ready for the day ahead.

That early morning energy boost when most people are still in bed seems to give her all the power she needs for board meetings, attending fashion shows, interviews with celebrities, working with her team of editors, and planning new stories from the world of fashion.

Ever since she was 14 years old, Anna has done things differently and always her own way.

She rebelled a lot in her youth by standing up to the status quo, and she often mentions the changes in public life and fashion that she experienced in the 60s.

As a result, it’s no surprise that she does things differently when it comes to staying fit.

Her alarm goes off at 5:30 am, and she immediately heads into an hour-long tennis training session.  Yes, that’s every day, even when she’s traveling away from home.

We’ll get to how tennis can be such a great form of exercise shortly, but Anna certainly has proven that it’s a way to stay slim well into her 70s.

Once she’s finished with tennis, she heads to the office, where she has her hair and makeup done by professionals.

It’s an important part for such a high-profile editor to look her best.

Discipline And Self Control 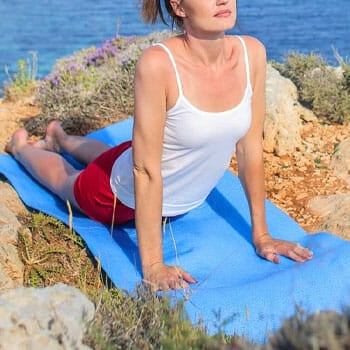 Anna Wintour is notoriously outspoken about having the discipline to maintain a healthy diet and fitness regime.

And her definition of slim is probably very different from most others.

She has even told some of the world’s biggest celebrities to lose weight if they want to be on the front cover of Vogue.

That included Oprah Winfrey and Katy Perry, whom she told to lose a few more pounds than they already had.

What I like about Anna Wintour's approach to demanding the best is that she leads by example.

If she can maintain her slim and strong appearance in her 70s, then surely celebrities half her age can do the same.

What I found most interesting in the research so far is her choice of sport.

Her Love For Tennis 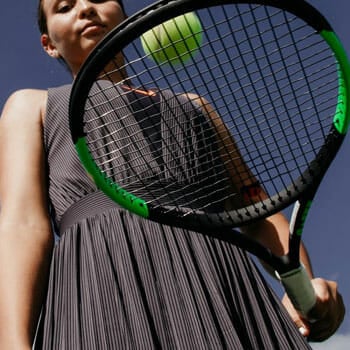 Anna Wintour started playing tennis at a young age, and she never changed to other sports or even gym work.

And the reason it works so well for her is that tennis combines so many different movements that make it a full body workout.

Here are the main benefits Anna gets from a tennis-based exercise routine.

Even if you don’t have a tennis partner who is willing to get up at 5:30 am to play some tennis, you could take advantage of either playing against a wall or by using a tennis ball machine.

The important thing is to get up and get active.

This is where Anna Wintour takes things into her own hands again, and she has stuck with her diet routine for decades.

My guess is that she’s dealt with enough divas to not fall for a celebrity diet.

As a fur-wearing meat-eater, she won’t be too welcome at PETA, but that doesn’t mean she allows junk food into her meal plans.

Here’s what Anna Wintour's diet looks like on a typical day.

Anna’s breakfast comes sometime between exercise and starting work at the office and usually involves some scrambled eggs with salmon.

For a fashion journalist and magazine editor, that doesn’t sound like much, but I would guess she eats a reasonable portion to boost her energy levels.

She has spoken about avoiding carbs for most of the day, which means she avoids a diet plan with toast or cereal first thing in the morning.

Oh, and all this is after a stop at Starbucks on the way to work for a morning brew. 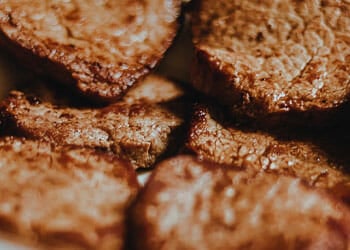 This is often more of a midday meal, and again it aims to support a high-protein diet.

It will often be a steak or hamburger without the bun and sauces.

She will add a bowl of salad as well to gain some of the important fiber and other micronutrients.

Because of a larger meal during the day, the Anna Wintour diet doesn’t involve a significant meal in the evening. It’s usually a high-protein snack that might include some lean beef or fish.

Occasionally, she gives in to an iced coffee or a small portion of ice cream, but given her physical appearance, that’s not going to be all that often.

What Supplements Does She Take?

As Vogue's editor-in-chief, Anna Wintour has enough on her daily plan to probably not want to spend a lot of time counting her micronutrients and worrying about health issues she might run into.

That’s why we think she’s more likely to rely on a few high-quality supplements that give her more flexibility in what and when she eats.

Our guess is that a lot of her workday is spent in offices and board rooms. As a result, Anna Wintour would want to focus on a vitamin D boost, which is critical for healthy bones, muscles, and immunity [2]. 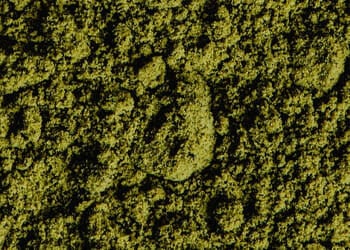 So, Anna Wintour focuses a lot on lean meat and fish, which could limit certain nutrients, including fiber.

A super green powder with leafy greens, seaweed, or algae may help to support digestive health and boost her immunity.

Anna Wintour does eat fish regularly, but a daily boost might not be that easy to achieve through diet alone.

With a few Omega-3 capsules, you may be in a much better position to get some digestive and anti-inflammatory benefits.

Check out the best omega-3 supplements.

Are You Going To Try Anna's Workout & Diet Plan?

You don’t have to be the editor-in-chief of Vogue to justify a stringent routine that involves getting up early.

If you want to lose weight and get fit, then try doing what Anna Wintour does and get your exercise out of the way before most people even get up.

With the information above, there’s no reason why you should succeed in your weight loss goals and get into a shape that is suitable for the cover of Vogue.

By Tracy Thompson 14 hours ago
The Calisthenics Diet
What To Eat & What Supplements To Take? 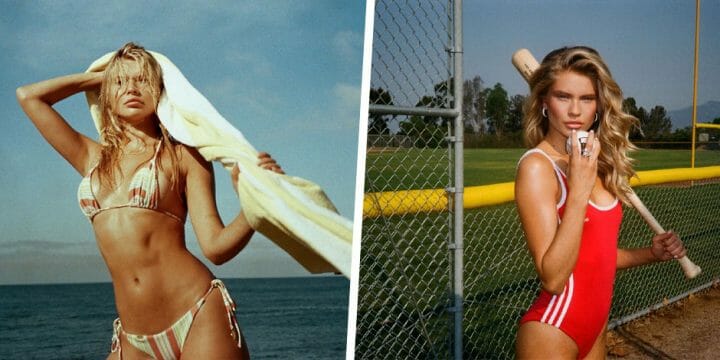 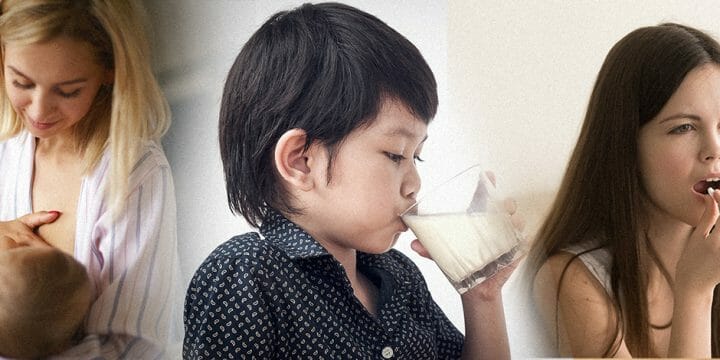 By Tracy Thompson 5 months ago
Do Young Children Need to Take Multivitamins?
The Clear Answer