Is Batista On Steroids Or Natural? (Dave Bautista Revealed)

Dave Bautista is an extremely successful professional wrestler who combines the ripped physique of a bodybuilder with an ability to move like an MMA fighter.

Even after retiring from the sport, Dave has continued to claim he has remained natural and generally addresses claims of steroid usage directly in interviews.

It seems like his use of medical steroids for recovery from numerous injuries has been at the center of these claims, but I wanted to see if I could find some real evidence. To do this, I spent a few weeks researching his career, injuries, and hundreds of photos from different stages of his life.

Here’s what I found.

Dave Bautista has talked about medical reasons why he was taking steroids.

This was especially the case after a freak accident that led to a torn triceps in 2006 at the height of his WWE career [1].

Some say it was just bad luck that made him so injury-prone, while others claim it’s steroid-related.

These steroid allegations are mainly because triceps injuries are not common unless you have a significant imbalance in muscle tendons. And that can happen to steroid users who go through fast bulking [2].

While Dave has admitted to taking anabolic drugs for medical reasons, I wanted to see if there was evidence of performance enhancers before or after his injuries.

If you ever see a bodybuilder relaxing and still showing off veins popping through the skin, then there’s a good chance this is due to drugs [3]. Dave most definitely was very vascular in the ring and during training, but I didn’t see that extreme vascularity in photos where he wasn’t fully pumped.

This is another common way to identify an anabolic drug user. Long-term use of anabolic drugs can lead to soft breast tissue that looks very different to rock hard pecs [4].

I spent many hours looking through hundreds of photos from different stages of Dave’s career, and I couldn't find any evidence of soft and fatty tissue around his chest.

This is the main reason athletes resort to drugs. Building muscle mass in a matter of months or just a few years is very tempting when you consider that it could otherwise take five or more years [5].

Like most other professional wrestlers, Batista started bulking up as a teenager and then gradually progressed into a pro wrestling career. That’s why I’d say there isn’t evidence of suspiciously fast bulking.

“I never excelled at one sport or had a very strong passion for anything other than wrestling and bodybuilding.”

He also tried to start an MMA career, but it seems like the fighting styles didn't suit him, and he went back to WWE. He eventually retired in 2019 after Triple H beat him on the way to the Championship.

What Would It Take To Bulk Up Like Batista?

Whether you want to look like Dave Bautista, John Cena, or Randy Orton, achieving that kind of world champion physique requires two areas of focus.

Fitness coaches often say that you build muscle as much in the kitchen as you do at the gym. It refers to the fact that you have to eat significantly more carbs and protein [6]. You’ll need the carbs for more workout energy and the proteins to help your muscle recovery and build up.

This also means planning for lots of whey protein shakes and trying to get as much of a boost from supplements as possible. One way to fast-track this process is through a bulking stack of natural steroid alternatives.

These can boost your testosterone, stamina, and recovery times enough to get you to your goals significantly sooner. You can read our article about the best testosterone boosters on the market.

If you want to look even remotely like Dave Bautista, you’ll have to plan to spend 90 minutes a day in the gym and do this at least five days a week. And if you want to join the serious bodybuilders, you’ll need to keep this going for at least five years to achieve that level of bulking.

Was Batista Tested For Drug Use? Yes, Dave Bautista would have been regularly tested for steroid usage during his professional WWE championship career.

The WWE has a very strict policy for testing athletes, and it’s unlikely that Dave would have escaped such testing [7].

It’s also important to point out that Batista's medical steroid use for an injury recovery was only short-term.

His doctors would have likely timed this to ensure that it didn’t trigger a positive test result.

Was Batista Ever Banned for Using Steroids?

No, Batista has never been banned for using steroids. He was prescribed medical anabolic drugs to help with injury recovery, but he was taken off that medication before returning to the ring.

Does Batista Have Health Issues Due to Steroids?

No, Batista doesn’t have health issues due to steroid usage. Health problems can include anything from severe acne to liver and kidney failure, which would significantly impact his appearance and strength.

Dave Bautista did go through an anabolic drug cycle, but this was handled through a doctor to improve his injury recovery time. I haven’t found any evidence that he continued with such medication.

To me, it looks like Dave has achieved his physique naturally, and you can do the same with the right diet and workout routine. And if you want to get into great shape a bit faster, then consider taking our recommended legal steroid substitutes.

I’ve been using these for many bulking cycles and recommend it to all my clients. It speeds things up significantly by giving me more energy and endurance without the side effects of anabolic drug usage. 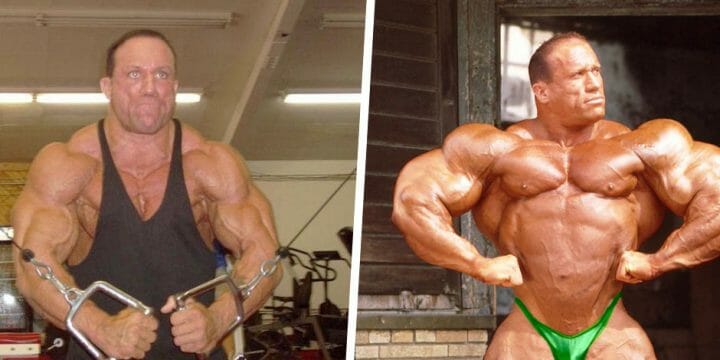