Is Chul Soon Natural or on Steroids? (What We Discovered)

Hwang Chul Soon is South Korean and probably the country's most accomplished bodybuilder. In recent years, he has developed a considerable fan base on social media, where he shares a lot of his training approaches.

People tend to point at his extreme shoulder shape with this 3D effect, and they conclude that he can't be a natural bodybuilder.

To see if there was more than anecdotal evidence indicating that he has taken steroids, we spent a few weeks researching his past achievements and going through all of his social media accounts.

Here's what we found out.

Chul Soon has claimed to be a natural bodybuilder for his entire career and looking at some of the photos from his peak performance days, I must say I understand the skepticism.

I thought that some of his professional photos had to be photoshopped until I watched some videos and interviews with him working out.

He has massive shoulders and traps, and his deltoids look like cannonballs. But just maintaining a colossal physique isn’t proof on its own.

Let's take a closer look at the evidence for the Chul Soon natural vs steroid case.

Why Do Many People Believe Chul Takes Steroids?

I broke this section down into 5 of the most common effects that bodybuilders on anabolic steroids have often gotta deal with.

Taking steroids and human growth hormone regularly will eventually lead to excessive vein prominence even when not working out [1].

It's one of the effects that bodybuilders seek out because they want to have that pumped look even when going about their daily lives.

Looking at photos of him in public and at the beach, you do see a lot of veins popping up. At the same time, I don't believe these influencers ever publish photos without preparation, and he likely lifts some weights or does push-ups before he gets someone to snap a few pictures.

As far as Chul Soon natural vs steroid evidence is concerned, I would rate this as weak proof. Gynecomastia is a common effect of long-term use of steroids, and it's essentially where men start to develop breast tissue [2].

Some people mistake huge pecs with this phenomenon, and you have to be careful not to draw wrong conclusions.

Chul Soon has some of the largest chest muscles in the bodybuilding world and works them very hard.

But I wouldn't say that he has suffered from softer breast tissue, which is common with long-term anabolic drug use.

Let's face it, achieving more muscle mass in less time is the one reason so many athletes decide that using steroids is their best option [3].

But you have to be careful in assessing such situations.

Chul says that he didn't start lifting weights until about 20. He was skinny but athletic, which was probably a positive point to start.

And he didn't start competing until 2009 when he was 26, so that wouldn't be a particularly short time frame.

Related Article: How To Use Mass Gainers Scientists have also linked steroids to severe acne outbreaks, especially in men that had this problem in their teens [4].

This steroid-induced acne is often why people stop taking drugs, as it can seriously mess up your appearance.

From what I've seen in all the available photos, there doesn't seem to be any evidence that he's had any type of skin condition.

If anything, his skin looks remarkably smooth and clean.

This is another side effect that is very common with some of the most commonly used steroids [5]. Basically, body hair growth can increase while the bushy stuff on top of your head starts to fall out.

And one thing you have to say about Chul is that he looks like he still has a full head of very thick hair.

So, based on multiple common giveaways of anabolic drug use, it doesn't seem clear that Chul has been taking banned substances. Hwang Chul Soon has a fascinating background to his reasons for becoming a bodybuilder.

He has mentioned in interviews that it all came from a motivation to earn more respect from people he thought were looking down on him because he was skinny.

So, when he was 20, he decided to start working out.

Initially, he would spend many hours every day at the gym, which gave him a sound basis with newbie-muscles.

But he quickly figured out that the quality of training mattered a lot more than quantity.

Since then, he's progressed to working with professional strength coaches, and they ultimately got him to the stage where he could compete in natural pro bodybuilding events.

"When I turned 20 I had a very thin body and weighed only 57kg (125lb). I was treated with disrespect. People looked down at me in situations like if I was returning goods to a store, or helping someone or speaking to strangers."

His height to weight ratio for his maximum competitive weight explains how his upper body is so bulked up. It almost looks like a 3D effect.

But all you need to do is watch some videos of him to understand that those are all real muscles.

Chul Soon's major accomplishment was winning the Musclemania Universe Natural Pro competition in 2016. He first entered this competition in 2009 and gradually got bigger and stronger to become a winner.

And because this is an event where there is stringent drug testing, it would indicate that he hasn't dabbled in steroid use [6]. I've been a lifetime supporter of natural bodybuilding and have worked with many amateurs and professionals who achieved natural muscle mass.

If Chul had achieved what he did in 2 years or less, then I would have been a lot more suspicious.

But looking at all the Chul Soon natural vs steroid evidence, I have to say that with the proper diet and training plan, it's possible to achieve that level of muscle building without using steroids.

The problem is that most people aren't willing to commit 7 years or more without being tempted to trigger those androgen receptors with drugs.

What Would It Take To Bulk Up Like Chul Soon?

To create such massive muscle bulk, you'll need to focus on two areas.

First, you need to make sure that you tailor your diet to your metabolism. You will need to focus on a lot more calories from healthy carbs and protein, and fine-tuning it will require the help of a dietitian [7].

Depending on how much time you spend at the gym, you could need anywhere from 20% to 150% more calories than your basal metabolic rate [8].

And while it's possible to get practically all the nutrients you need from the food you eat, it's a much better idea to top up specific macro and micronutrients with supplements. You can check our articles about the best whey protein powders on the market, where we did extensive research and testing.

This also includes testosterone boosting supplements that use only natural and legal ingredients.

Natural bodybuilding is a lot tougher and more time-consuming, and it's the main reason so many bodybuilders give up or resort to steroid use.

To achieve the level of muscle-building like Chul Soon, you'd have to plan to be training for at least seven years without any significant disruptions. That's seven years of training 5 to 6 times a week for up to 2 hours.

Was Chul Soon Tested For Steroid Use? Yes, Chul soon would have been subjected to multiple rounds of drug testing for the events that he competed in. The Musclemania Universe competition is an event for natural bodybuilders, and there are stringent rules for drug use [9].

And in all the years of competing, ranking in the top 5, and then winning 2016, he was never disqualified for a failed drug test.

Chul Soon doesn't seem to be competing in bodybuilding events anymore. He has switched to building a large social media following and focusing on his family, but he is still as ripped as ever.

Does Chul Soon Have Health Issues Due to Steroids?

No, there is no evidence that Chul Soon has health issues due to steroids. Significant issues like ulcerated skin or organ failure [10] would have very obvious physical appearance effects, and he still looks extremely fit and healthy.

Based on our research around the Chul Soon natural vs steroid debate, we have come to the conclusion that he most likely hasn't used steroids. Maybe he did so years ago when he first started lifting weights, but his professional career was not tarnished by a failed drug test.

Achieving that success is possible with the right workout plan, diet, and supplement stack that doesn’t involve banned drugs.

One thing that I always recommend for my readers and clients is to take our recommended legal steroid supplements to fast-track their progress.

It won't work as fast as steroids do, but with the right training routine and enough time, it can give you that extra boost to achieve your goals sooner.

By Tyler Sellers 15 hours ago
The Calisthenics Diet
What To Eat & What Supplements To Take? 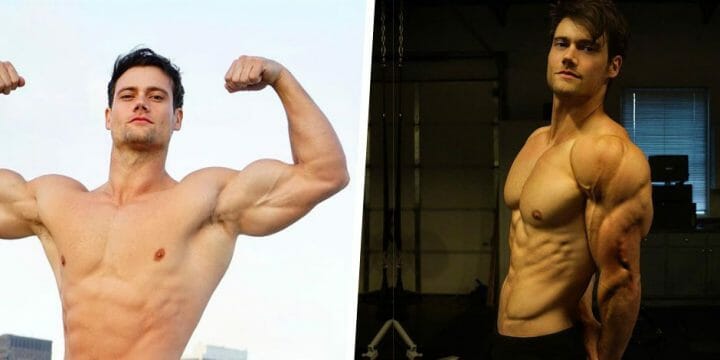 By Tyler Sellers 1 month ago
Is Connor Murphy Natural or Taking Steroids?

By Tyler Sellers 4 weeks ago
Is Chris Bumstead Natty or Taking Steroids?
A Review on His Natural Status