Is Mike Thurston Natural Or On Steroids (Revealed)

As a personal trainer, I often find myself in conversations with colleagues and clients about some extreme muscle-building success stories like Mike Thurston.

I’ve personally followed Mike for a long time, but for many people, he looks like the typical anabolic steroids user. And while there might be some reasons that point to that being true, I also have to say that such a level of success is entirely possible as a natty.

To try and figure out whether Mike’s physique got a helping hand from banned substances, we did some digging into his body transformation. Mike Thurston tends to ignore all the social media trolls and just stick with what he does best, and that is share photos of his physique and how he approaches fitness and training.

While there are many trolls out there that simply point to his huge muscles as proof of steroids, you have to keep in mind that he achieved most of that in his 20s when it’s a lot easier to shape a body.

And as far as real evidence of steroids through a drug test, there simply isn’t any proof that is publicly available indicating he used anabolic drugs.

The only bad habit he has admitted to is that in his early college days, he was drinking a lot, but most of his bulking happened once he fixed his diet and reckless lifestyle, which would make perfect sense.

Next, we took a closer look at some symptoms of steroids.

Taking anabolic steroids has some positive and negative effects on the male body. And we looked at the five main effects to see if they applied to Mike Thurston.

Bodybuilders that have taken steroids to help them bulk up will find that their veins look like they are popping out through the skin [1].

This becomes increasingly noticeable as these bodybuilders build more muscle and decrease their body fat during cutting phases.

When there’s no fat to hide the veins, they will become more noticeable.

Many people point to Mike’s photos on social media and highlight those popping veins.

But what they forget is that these are planned photos that were likely taken after lifting some weights to get some pump on [2]. Those swollen muscles will then show off the veins even if there’s been no use of steroids.

Steroids are also known to cause a phenomenon called gynecomastia, which is enlarged breast tissue in men [3]. Again, you could point at Mike’s huge pecs and say that’s proof.

But the type of breast tissue that steroids cause doesn’t look like a ripped muscle. It’s a lot softer and rounder like female breast tissue.

This is where I would say again that Mike doesn’t have abnormal pecs but rather well-sculpted muscle mass. I’ve seen this myself at gyms where some bodybuilders struggle for a while and then suddenly bulk up a huge amount in a few weeks without changing their diet or routines [4].

That’s something that steroid users actually look for, but you have to be careful about putting everyone that bulks up into one corner.

Looking at photos that Mike had posted on social media from when he was younger, it’s clear that he didn’t suddenly bulk up.

There’s a photo of him at ten years old where he’s already showing off muscles.

And by the time he was 18, he had a very athletic build.

Going from that to extremely ripped in 5 years when he started to build a social media following is possible. But it doesn’t rule out steroid use one way or the other.

Using steroids has also been shown to aggravate acne and other skin conditions [5]. This is particularly a problem for men who would have suffered from acne in their teens as it can flare up again.

I couldn’t confirm whether Mike Thurston had acne in his teens, and the photos I’ve seen tend to indicate he didn’t. And I couldn’t find any other evidence of bad skin in recent years either.

Another side effect of using steroids, especially longer-term and in larger doses, is that it can lead to hair loss on your head while your body hair is unaffected [6].

Mike tends to keep a very tightly cut hairstyle, but he has shared on social media that he had a hair transplant. It could be entirely related to age, which isn’t uncommon for men in their 30s.

But, I would say that this could be an indicator of some steroid usage.

According to Mike’s own words, he really got into regular weight lifting when he went to University at age 18.

And within a year, he had built up a considerable amount of muscle mass.

At this time, he was also partying hard and drinking multiple times a week, but he still managed to bulk up his arms and shoulders.

When you see those old photos, it does look like he was heavily focusing on his upper body, and things weren’t anywhere near proportional like today.

Now, since he didn’t compete at that time, there wouldn’t have been any regular drug testing that would have exposed steroids, so I can’t say for sure if these early improvements were entirely natural.

Mike Thurston has competed in WBFF events, and some people jump to the conclusion that means he’s not natty.

The WBFF federation doesn’t have as strict drug testing rules as other federations, but he probably has some very good financial reasons through sponsors to compete there.

He hasn’t achieved any major wins, but it’s important to note that he’s a lot more focused on his online presence, and he spends most of his time creating content as a fitness influencer. Yes, I believe that what Mike Thurston has achieved is possible without the use of steroids.

And even if he hasn’t been exposed to regular drug testing that might catch him out, most of his transformation came when his body was at its prime.

As a natural bodybuilder, I know how frustrating it can be for people to question achievements.

But when you have the right combination of exercise routine, diet, and supplements, then a ripped physique is perfectly possible in a natural way.

“I’ve always been into my sports. I played rugby consistently for ten years. If I wasn’t playing rugby, I was either involved in athletics, basketball, football, I even tried cricket, but I was terrible. Just before I turned 18 and the rugby season had ended, I had a sudden interest in lifting weights. I have no idea where it came from. All I knew is wanted to be big.”

What Would It Take To Bulk Up Like Mike Thurston?

If you plan on remaining a natural bodybuilder, then you have to get the right balance of nutrition and exercise. While Mike Thurston seems to have taken a rather random approach in his first year of University, he now definitely follows a strict diet and exercise approach.

For maximum bulking, you need to focus on a healthy diet that is heavy on complex carbs to deliver a significant calorie surplus [7].

Start with a minimum 10% calorie surplus because the amount of weight lifting you need to do will burn through energy.

You may also achieve better results by using natural testosterone boosters and pre-workout supplements, as they should naturally raise your testosterone for faster bulking and also help you to train just that little bit harder each day.

Bodybuilders like Mike Thurston also don’t take a light-hearted approach to workouts. They typically train at least five days a week and, more often than not, head to the gym twice a day.

Some might call that obsessive, but anyone that commits that much time and effort to build muscles will eventually succeed.

Was Mike Thurston Tested For Steroid Use?

During all of my research, I didn’t find any clear evidence that Mike Thurston had been tested for using steroids.

Drug testing is only common in certain competitive events, and he is more focused on his social media businesses and training programs.

Only Mike knows for sure whether he's passed a test or not, but since it’s not something he talks about, we have to leave this as an unanswered question.

How Did Mike Thurston Make His Money?

Mike Thurston makes his money through several income streams. He has a large following on his YouTube channel and also sells his THRST app and training program. And there are also several affiliate streams that provide income from promoting supplements.

Does Mike Thurston Have Health Issues Due to Steroids?

Personally, I think he doesn’t use steroids or at least hasn't in a very long time. Because there’s no evidence, either way, I tend to give athletes the benefit of the doubt, especially since I know these successes are possible as a natty.

What I would say, though, is that if you want to achieve that kind of physique, then put together a strict workout plan for at least five days a week and talk to a dietitian for the ideal meal plan.

Once you have that in place, you may want to get an edge with a well-rounded bulking stack that contains only legal and natural ingredients.

My go-to product is a stack from CrazyBulk, which includes testosterone boosters as well as natural performance enhancers to help you train harder and more effectively.

It’s an effective and safe option, and we’ve seen some great results with our clients, who seem to get more out of each workout to better tone their bodies.

We Recommend This Product 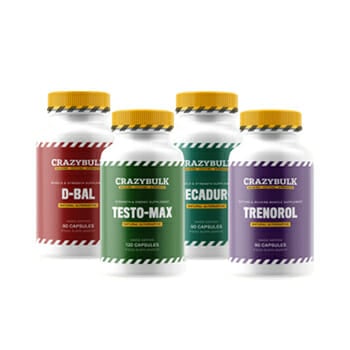 By Tyler Sellers 8 months ago
Is Mike Rashid Natural Or On Steroids? (The Truth Revealed) By Tyler Sellers 2 weeks ago
Is Mike “The Situation” On Steroids? (Revealed)