Is Chris Jones Natural or on Steroids? (Revealed)

Bodybuilder Chris Jones possesses a physique and muscle mass to which many on the internet aspire. His popular YouTube channel, Physiques of Greatness, has a strong following of around 700k subscribers.

So, like many famous bodybuilders on YouTube, his highly muscular build, low body fat percentage, and excellent physique have been the subject of that old controversy: natty or not?

Despite all the comments on his physique, Jones claims to be a natural bodybuilder.

I’ve spent a good chunk of time watching his YT videos, comparing his old and new photos, and looking into his bodybuilding contest participation. This will help us analyze Jones' physique and attributes and see whether he’s natty as he claims or whether he’s one of many steroid users.

4 Reasons People Believe Chris Jones Might Be On Steroid

Although Chris has no visual steroid symptoms whatsoever, some signs and physical attributes may point to the potential use.

Jones is a strong advocate of DB. For those who have not heard of the term, DB is where you consume as many calories (good or bad) to put on as much mass as possible.

A 2017 study showed that a sizable portion of weight gained during DB comes from excess fat gain more than muscle [1].

What usually follows an intense bulking phase is cutting, and a potential side effect of that is muscle loss.

The fat loss after DB makes muscle gain a challenge for bodybuilders, as evidenced in a 2019 study [2].

Yet Jones, known for his aggressive bulks, doesn’t seem to lose too much muscle during cutting; in fact, he puts on a significant amount. This boost in muscle growth could be a possible indication he’s among steroid users. Jones has claimed that he shreds fat very quickly after a bulk. This could be due to his genetic makeup.

However, shredding that fast could indicate abnormally high metabolism — as seen in clenbuterol users [3].

Possible red flags are that Jones: a) sheds fat quickly after a dirty bulk and b) retains a good deal of muscle after cutting.

As I stated, it could also be the case that Jones has excellent genetics for fat loss, but it certainly does raise some doubt about possible steroid use.

3. A Physique that Matches a Steroid User

There are some obvious visual signs of steroid use, as seen in people like Kali Muscle. But it’s a little challenging to tell with Jones.

When you compare Jones’ stats to those of Olympia lifters who are open steroid use, you’ll notice that he weighs almost as much as those taller than him.

Chris Jones’ weight is not typical of a natural bodybuilder in this regard, as it’s closer to those on performance-enhancing drugs. Look at a picture of Chris before his bodybuilding contest in 2018 and compare it to his competition physique.

You’ll notice a more bulky and defined look typical of those who use anabolic steroids.

Another interesting observation from the contest is that Jones has a disproportionately better, more defined, and bulkier physique compared to his fellow competitors.

This surely raises a question or two on Chris Jones’ steroids use.

He is a social media influencer with a strong following on two YouTube channels: Physiques of Greatness and Beastmode Jones. In addition to this, he runs his own clothing line, his own brand of supplements, and offers personal training services.

With a clean diet, years of intense work, and excellent genetics, it is possible to obtain a body like Chris Jones.

“Chris Jones is definitely within the natural range. I would say his physique is obtainable for a natural.”

On the other hand, let’s say you genetically lack the ability to bulk up some muscles, and you’ve reached your peak insofar as building up your physique.

Then, it may be necessary to at least take certain legal steroid alternatives to make up for areas that are lacking.

What Would It Take To Bulk Up Like Chris Jones?

Steroid use or not, your diet and supplements must be extremely clean and on point, if you wish to grow muscle most effectively. In other words, you’d have to avoid as much junk as possible and eat a diet that promotes muscle growth.

At the same time, you’d also have to take natural testosterone boosters to promote muscle growth and crank your metabolism to lose fat.

He begins his workouts with a couple of heavy compound movements. He follows this with isolation exercises, of which he performs a total of at least 20 sets. For cardio, Chris recommends you do it more during your cutting phase than your bulking phase.

Has Chris Jones Ever Been Tested for Steroid Use? Despite his long-standing career in the fitness industry, including his channel Physiques of Greatness, his own supplement line, and his own personal trainer services, Chris Jones has only participated in one bodybuilding show, and he won first place.

Keep in mind that participating in a natural bodybuilder show would subject one to a test for steroids.

And since he won first place, it’s safe to assume that he probably did not take steroids for the contest.

At the same time, that doesn’t necessarily mean he’s not taking them off-season.

How Long Has Chris Jones Been Bodybuilding?

Didn’t Chris Jones Declare That He Got Huge Naturally?

Yes. Chris did declare he got huge naturally in a 2012 video posted on his Physiques of Greatness YouTube channel. He said, “Chris Jones, right here, has never tried and never will try any steroids or any type of prohormones.”

Chris does not look like your average natty bodybuilder. Having a much bulkier body compared to his fellow natural bodybuilding competitors, as well as his muscle gains and rapid fat loss after DB, could all be signs of potential steroid use.

Although much evidence points to him being a steroid user, there is also ample evidence that he’s natty. Either way, building a physique like his takes hard work.

If you aspire to get a physique like his, you can fast-track your efforts with a well-rounded bulking stack that fits your body and your goals. I usually recommend natural and legal steroid alternatives to get them started (or keep the momentum going) on their fitness journey. By Connor Sellers 3 months ago
Is Chris Hemsworth on Steroids? (Revealed)

By Connor Sellers 4 weeks ago
Is Chris Bumstead Natty or Taking Steroids?
A Review on His Natural Status 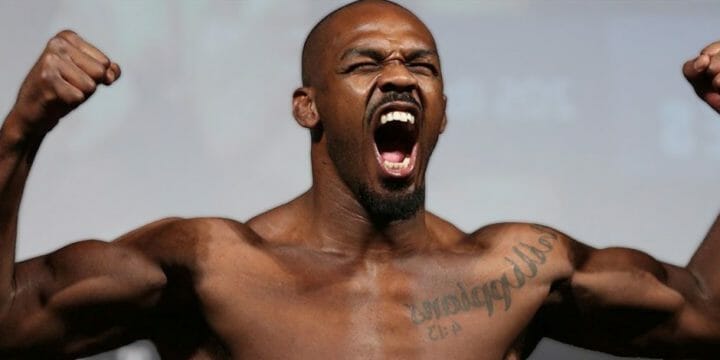