Is John Cena Natural or on Steroids (Revealed)

Like many professional athletes, John Cena has been accused of using steroids because of his Herculean body.

The pro wrestler is insanely strong and muscular with barely an ounce of body fat, which is why many doubt that he is as natural as he claims to be.

To uncover the truth behind these rumors, I analyzed Cena’s body transformation over the years. I also consulted an expert in anabolic steroids to learn how these substances can manifest.

Read on to find out if WWE Superstar John Cena is on steroids or if he’s just a man with great genes. Many people assume that John Cena is not natural because of his massive body.

However, these allegations may not be true since they are only based on external indicators discussed below.

He strongly denied any steroid use in an interview, swearing that he has been natural since day one. When the interviewer asked, “Have you done it?” John Cena’s exact response was, “Absolutely not.”

Cena also mentioned that he's been working out since he was 12, implying that his physical attributes are the fruit of sheer hard work and discipline. Judging by many of his photos, I would presume John Cena only has around 8-10% of body fat, as suggested by his well-defined lower abs.

How Big Is John Cena Compared to Former Bodybuilding Champions?

WWE Superstar John Cena has more lean body mass than many past bodybuilding champions. However, it's important to note that Cena often competed in "natural" bodybuilding competitions.

One example is Serge Nubret, who was also 6'1 in height. At his best, he weighed 200 to 271 pounds. Nubret was leaner and more conditioned than Cena, but the latter still has more lean body mass.

Another example is Arnold Schwarzenegger, one of the most talented bodybuilders who admitted taking steroids. He is 6'2 and weighs 235 to 240 pounds.

John Cena spent a significant part of his youth gearing up for a bodybuilding career. He has been lifting weights since he was 12.

He attended Springfield College to study exercise physiology, and after earning his degree in 2000, the ambitious Cena left Massachusetts to become a bodybuilder in California.

He then made his WWE debut in June 2002 when he signed up with the Smackdown roster.

In the following years, the professional wrestling star has earned many wins and titles, including:

Signs of John Cena's Steroid Use

Apart from his strong figure, many people speculate that WWE Champion John Cena uses steroids because other symptoms may indicate that. Let's look at some John Cena steroid symptoms we've observed.

At 18, John Cena was already muscular. He had a tiny waist, a quality often seen in natural bodybuilders. Fast forward to the 2000s; the wrestler had developed a thick waist.

Steroids are known to give users a "blocky" appearance, including the midsection, which has significantly grown thicker in Cena's case.

Natural weightlifting guys get huge gains when they first start lifting, and they typically stay the same size for the rest of their lives, or their progress diminishes. But in Cena's case, he packed on more muscle mass after already lifting for six years.

A natural lifter would have maximized his genetic potential by this point, so this massive growth suggests that the WWE star may have used John Cena steroids.

Sometimes, parts of John Cena's skin appear flushed. This pink color is a sign of an increased body temperature, a common side effect of anabolic steroids. It's a sign of warm blood going near the skin's surface.

For many steroid users, the flushing usually happens in the upper region of their chest. In many of his photos, Cena shows precisely that. John Cena is no exception, as the WWE champion had suffered many injuries throughout his decades-long career.

Once, his injuries were so bad that he had to undergo surgery.

He was expected to recover after nine months, but he managed to return in less than five months. Note that this happened more than twice, so it's no isolated incident.

Cena has an amazing recovery time, and people think the secret behind it is his use of HGH and John Cena steroids. These substances help hasten recovery time and healing from injuries.

John Cena's hands only grow more prominent as he ages. Many bodybuilders who consume HGH or stack anabolic steroids experience enlargement of many body parts [2].

Sometimes, it's an internal organ, but it's the hands and feet most of the time.

This reinforces our belief that Cena may have gotten HGH supplements to help.

John Cena has defined abs, but he showed a slight bloating in his stomach in some pictures.

This bloating could be from excess water retention or a very mild form of "steroid gut" caused by insulin or human growth hormone (HGH) usage [3].

A natural bodybuilder would rarely experience this, but it's prevalent for a person on anabolic steroids.

The head isn't a muscle, but very high levels of HGH can cause bone and tissue growth in the body, including the skull and even the nose [4].

I have talked to some bodybuilding experts, and based on the symptoms mentioned; they believe that the John Cena bodybuilding cycle may have included the following substances:

Was John Cena Tested for Steroid Use? John Cena was tested for steroid use in the WWE. Since the heavy Chris Benoit tragedy occurred, the company has been stricter with its ban on those drugs.

The organization implemented its Wellness Program in February 2006 in response to allegations of widespread drug abuse within the professional wrestling industry.

One program tests the actual physical being of wrestlers, while the other tests for banned chemicals.

John Cena was already working as a full-time employee of WWE when the program was instituted, so he was also tested for the drug.

WWE suspended wrestlers who failed the test, and John Cena wasn't one of them. He tested negative and was not penalized by the organization.

Is John Cena Natural or on Steroids?

John Cena's career continues to be successful because of his excellent work ethic and discipline. There's no doubt about that.

Although he shows some steroid symptoms, such as flushed skin and skull growth, he tested negative when WWE conducted random drug tests on its performers.

He may have achieved his massive physique and incredible strength with all-natural supplements and regular physical exercise.

If you want to naturally bulk up like John Cena, we recommend you try these effective legal steroid supplements. These products will naturally mimic the effects of anabolic steroids and encourage mass gaining, strength, stamina, and fast recovery. 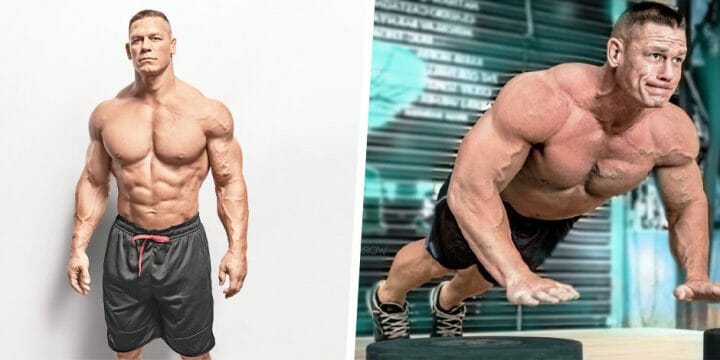 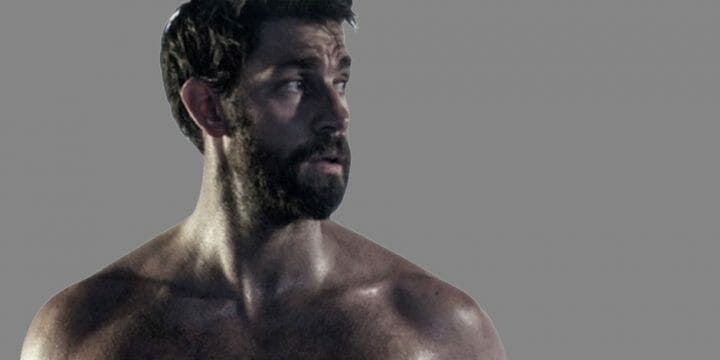 By Connor Sellers 14 hours ago
The Calisthenics Diet
What To Eat & What Supplements To Take?