Published by Isaac Robertson
Fact checked by Donald Christman, BHSc FACT CHECKED
Last updated: January 6, 2023
Methodology
We personally test every product featured in our reviews and guides. By ordering products anonymously and getting a group of independent testers, we are able to get first-hand experience and provide data-driven recommendations. Learn more.

New pre-workout supplements like Myprotein Pro seem to be released on a weekly basis.

Unfortunately, our experience as fitness coaches has shown that the fitness industry often spends more on promotional material than the actual ingredients formula.

The result is that most pre-workouts to hit the market are little more than sweet refreshments before a training session.

But, like all pre-workouts we’ve encountered, we gave it a fair chance and did some research and testing to see how it worked.

What Is ​​Myprotein Pre-Workout? Myprotein Pre-workout is a supplement that uses natural ingredients to help boost mental focus, deliver peak performance, and reduce fatigue. It's made by a supplement company Myprotein, one of the more popular producers of different post-workout protein powders.

That particular product is pretty new, but at first glance, it looks like the label has some interesting ingredients like beta-alanine and creatine.

Overall, the packaging and the formula haven't changed since it was introduced as a new supplement in 2020 on the official Myprotein website. The first thing I have to highlight as a positive is that, unlike other pre-workout formulas, this company doesn't hide behind a proprietary formula. That makes stacking with other supplements a lot easier.

It also has a good dose of the amino acid beta-alanine, which happens to be one of my favorites. There is a lot of scientific evidence that it can boost your performance levels [1].

It also has another common pre-workout ingredient called citrulline. This has been clinically proven to increase nitric oxide levels and blood flow [2], and I did feel some good pumps during training.

Does This Pre-Workout Have Downsides?

I was taking this pre-workout about 30 minutes before my exercise routine for two weeks. The results were the same each time that I got a good physical performance boost for the first 20 minutes, and then it faded.

I suspect that's because there's only 2,000 mg of beta-alanine, and some successful clinical studies have used 6,000 mg [3].

I also only saw an average mental performance with no major boost, possibly because of the low caffeine dose.

And then there's the flavor. This pre-workout probably ranks near the bottom for flavor as it tastes like really sweet energy drinks.

The ingredients make it a good pre-workout, but some of them aren't strong enough. And the taste pretty much lets it down a lot. This is an ingredient that we always like to see in pre-workouts, and we’ve seen very similar results to clinical trials that have shown an improvement in blood flow and athletic performance [4].

This is another good ingredient to include with scientific evidence suggesting that it has a direct impact on endurance and strength [5]. However, those trials used a stronger dose to achieve those results.

This is an ingredient where scientific studies have not been conclusive, with one extensive one showing limited to no effect on blood flow and pumps [6].

There have been a lot of studies on L-tyrosine, but results from those are mixed [7]. Personally, I haven't seen any significant benefit from it, and the pre-workout products with best results don't include it.

We also like to see creatine in pre-workout supplements, and a meta-study has shown that most clinical trials have proven a positive effect [8]. But, the dose in those trials was up to 10 times stronger than in Myprotein Pro.

Caffeine has been extensively studied for its effect on metabolism and exercise performance. One study, in particular, found a clear performance boost when taken before resistance training [9].

"The reason you get a quick wakeup call after chugging a mug of coffee has to do with the way caffeine tricks your brain. Not only is caffeine a brain stimulant, but it also blocks receptors for a chemical called adenosine, which normally prevents the release of excitatory brain chemicals."

Studies have shown limited results for theacrine [10], and I personally think it's wasted in this Myprotein supplement. A bit more caffeine would probably achieve the goal the company was looking for.

How Does It Compare To Other Supplements? So, the mental boost was limited, and the physical endurance and strength were limited to about 20 to 30 minutes.

Here's how it compares to our best pre-workout supplements.

Gorilla Mode is our go-to product, and even with just one scoop, you get a lot more citrulline and creatine.

It also has a better caffeine dose, which helps with fat loss and weight management [11].

We also recommend pre-workouts with lower ratio of caffeine to L-theanine to clients and readers as, unlike the high dose of caffeine found in Myprotein Pro, theanine works well for mental focus. [12].

And if caffeine is an issue because you get jittery or train later in the day, then stimulant-free pre-workouts are our recommendation, which you don’t have as an option with Myprotein Pro.

Where Can You Buy Myprotein Pre-Workout? You can buy Myprotein Pre-Workout on Amazon.

Delivery time was expected to be two days, but it took three days on both occasions, which is pretty much OK.

The bigger problem was that when checking availability daily, it's listed as currently unavailable more often than not.

That makes it very difficult to keep your supplies stocked and not run out.

Here are some other Myprotein The Pre-Workout reviews that confirmed our experience.

"Had black cherry vanilla. It tastes OK. Not bad, but not good. That's not really all that important to me, though. Took it 45 minutes before exercise. Felt very energized for the first 2 sets of front squats. By set 9, I crashed and just wanted to take a nap. Probably won't continue using."

"This is my first pre-workout I've ever tried. The taste makes it difficult to get down, but it does mix well with water. The watermelon has a strong medicine fake taste. I wouldn't recommend this flavor to anyone. However, it does provide energy without an itching or unpleasant side effects."

Should You Spend Money On Myprotein Pre-Workout?

Our overall conclusion for this pre-workout review is that it's not as good as it claims to be.

Myprotein The Pre-Workout doesn't give the same level of sustained athletic performance boost that we've seen with Gorilla Mode. With Gorilla Mode, we've been able to make the boost last for up to an hour with the right timing.

And it provides a much better mental boost for better focus and motivation. The much stronger formula for energy and pumps also has a lot more scientific backing. 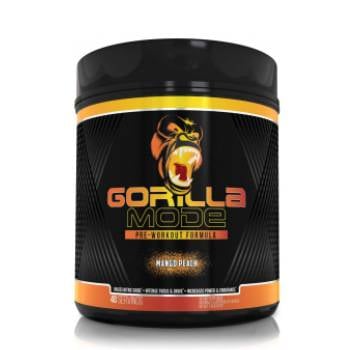 By Isaac Robertson 3 months ago
Bucked Up Pre-Workout Review
Is It Any Good? 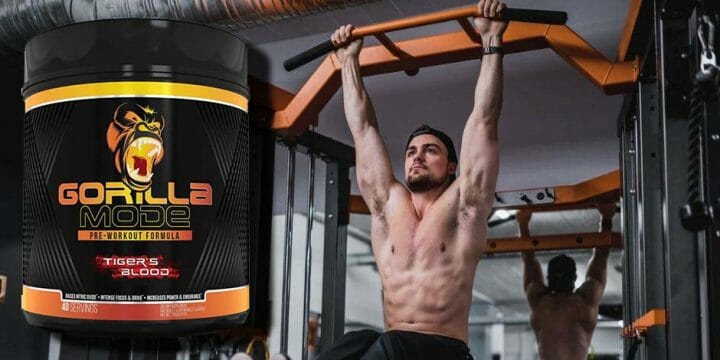 By Isaac Robertson 4 weeks ago
Podium Fuse Pre-Workout Review (2023) Is It Good Enough?