Is Jeff Cavaliere from Athlean-X on Steroids? (Revealed)

The rumors that Jeff Cavaliere, also known as "AthLEAN-X," uses fake weights in his workout videos has led many to speculate the YouTube sensation is on steroids.

As a fitness instructor, I have seen some of Jeff's fitness guides, and I believe he is extremely knowledgeable and skilled in proper muscle building.

So, when rumors spread that he was using steroids to achieve his physique, I spent two weeks doing extensive research to see if I could find any viable evidence.

In this article, I will share the results of my investigation, so keep reading to find out if AthLEAN-X is a natural bodybuilder.

Jeff Cavaliere might not be taking steroids because he has never failed a single drug test.

He was probably subjected to some form of testing for performance-enhancing drugs (PEDs) as a long-time strength and conditioning coach for well-known professional baseball teams and famous sports celebrities [1].

Furthermore, I believe he wasn't using drugs because at 5 feet 10 inches tall, he appropriately weighs 175 pounds.

But to better ascertain whether Jeff has taken steroids, I researched some of the common steroid-related symptoms he might’ve experienced over the years.

Physical Signs of Cavaliere's Steroid Use

Jeff was accused of being a fake natty due to a number of steroid-related physical signs, including:

Bodybuilders use anabolic steroids to gain muscle several times faster than normal. Jeff, on the other hand, has had a gradual increase in muscle size throughout his 40s, indicating that he did not use steroids. [2]

It is uncommon to observe veins protruding from bodybuilders' muscles while they are not exercising, as this could be an indication of PED use. When I watched videos of Jeff's interviews, I saw no evidence of extreme vascularity, suggesting that he wasn’t abusing illegal substances [3].

Research has shown that prolonged use of anabolic drugs can result in large breast tissues that differ from hard chest muscles. After analyzing Jeff's photos and videos, I found no evidence of gynecomastia, implying that he did not use steroids to bulk up [4]. The story of Jeff Cavaliere’s body transformation has inspired millions of people worldwide by sharing valuable training tips on his social media profiles.

According to his videos, Cavaliere began weight lifting in high school after being inspired by ripped bodybuilders and wrestlers.

He also desired to gain muscle mass to improve his baseball and soccer skills.

He took advantage of his degree in Physical Therapy to improve his physique and establish himself as a credible trainer for well-known professional sports teams and celebrities.

"It was a dream come true for me and an opportunity that I will cherish and remember fondly forever. It changed my life."

As he continued to build, develop, and define his muscles well into his forties, he leveraged social media to offer a personal training regimen.

Is His Physique Attainable Naturally? Jeff Cavaliere's physique is achievable naturally because he isn't that big. In my opinion, he has a very lean frame for his 5'10" stature and may appear small when compared to well-known steroid-using bodybuilders.

Developing lean muscles even in your middle age may be possible if you dedicate time and effort to staying healthy through eating complete macronutrients and following a strict Athlean-X workout routine.

However, I've learned as a fitness instructor that weight training and eating right, although crucial, are not always enough to reach ambitious bodybuilding goals.

I always recommend supplementing your diet and exercise with natural bulking stacks based on legal and natural ingredients combined to increase testosterone levels and accelerate muscle growth and definition even further.

Was Cavaliere Tested for Steroid Use?

Cavaliere might have been tested for steroids because he is well-known in the fitness industry and has worked for various professional baseball teams and sports personalities.

In 2006, 2007, and 2008, he served as the New York Mets' physical therapist and assistant strength coach, where he trained Hall of Fame pitchers Tom Glavine and Pedro Martinez.

As a conditioning coach and personal trainer for well-known athletes, he may have been tested for drugs as part of the sports’ rules and regulations.

Jeff Cavaliere probably isn't using fake weights because he has already established his muscle strength and endurance over many years.

As a physical therapist, he also understands the science behind lifting, including proper stance and body positioning [5].

Does Jeff Cavaliere Have Health Issues Due To Steroids?

Jeff Cavaliere has no steroid-related health issues and appears in good shape in his social media posts.

He works hard to maintain a lean and muscular frame even in his forties, and he shares how to do so in his fitness guides.

According to my investigation, I believe Cavaliere is not using steroids because he has not tested positive for any doping tests he may have taken during his years as a strength coach.

In addition, there were no signs of PED use in his body, such as gynecomastia, acne scarring, sudden massive weight gain, or hair loss.

He most probably achieved and maintained his exceptional physique through hard work, dieting, and consistent workouts, but defining muscles only through diet and exercise may take years.

So, I always advise my clients to supplement with legal alternatives to steroids.

I usually suggest this because it has provided my clients and me with significant strength and stamina without the risks of using anabolic steroids. 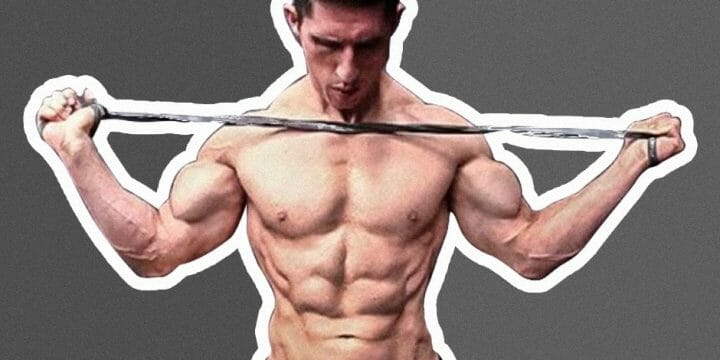 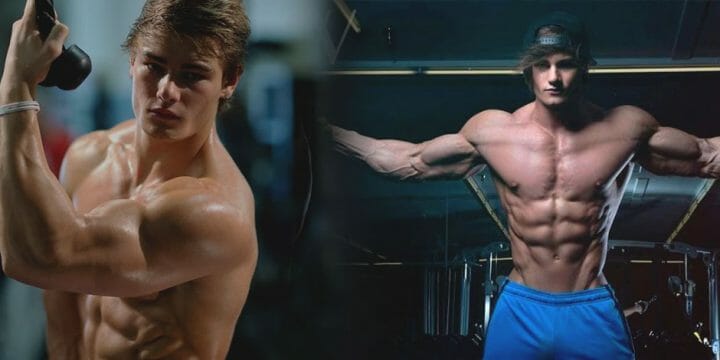