My personal favorites when it comes to Hollywood workout routines are those that involve superheroes and their enemies.

And Jared Leto is a man who took dedication and hard work to a whole new level when it came to preparing for the role of The Joker in Suicide Squad.

What has impressed me the most is how he has managed to achieve muscle mass that is in perfect shape and proportion. Needless to say, I got really curious and went into a deep dive on his routine.

Let’s see how he did that. 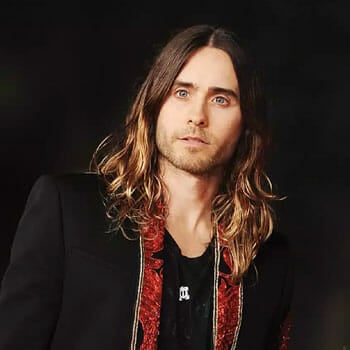 Before he became a method actor and Hollywood star, Jared Leto gained fame as a member of the rock band Thirty Seconds To Mars.

His earliest screen appearances were as characters in My So-Called Life, which was a teen TV show in the 90s.

Where we became interested is when he suddenly appeared on screen as the Joker. And this isn’t the fat and ugly Joker from the 60s Batman series.

No, the Joker from the Suicide Squad is in ripped shape that takes a ton of hard work.

If you look at other movies he’s been in, like Requiem For A Dream, you’ll notice that he always had a good physique.

But wait until you see what it took to transform his body.

To look like the Joker in Suicide Squad, Jared Leto had to work on building muscle and staying lean in a controlled way.

That involved a lot of heavy lifting at the gym, along with straining cardio sessions to keep his BMI down.

When it comes to weightlifting, Leto piles on the weights and works on one body part at a time through split workouts. 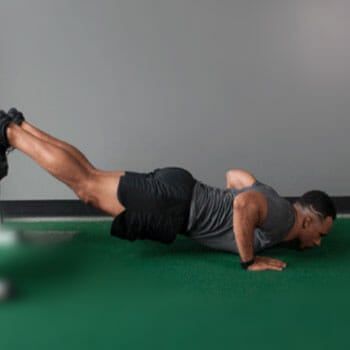 This is a tough weight training session, and it focuses on the glory muscles for a complete upper body transformation.

Make sure you don’t schedule these gym sessions too late in the day and plan for an early night.

The more sleep you get after workouts like this, the faster you’ll recover.

This is where things get a bit different, and to train like Jared Leto, you’ll want to do some semi strenuous outdoor activity like rock climbing or hiking.

If you’re into more adventure, then white water rafting could be an option. Or just grab your yoga mat and head for a quiet park to do some yoga poses. 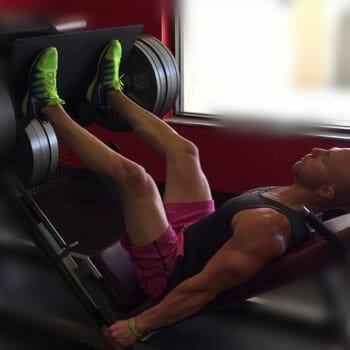 I generally prefer keeping leg days completely separate, but Jared Leto likes to pack his workouts into fewer trips to the gym.

Once you get to the leg press, make sure you make the weight count as a way to maximize strain.

Jared Leto’s workout routine has one dedicated day at the gym that doesn’t involve weight training.

He heads to elliptical or rowing machines for a good hour of intense cardio exercises that aim to burn away any excess fat. And that seems to be his fitness secret for his incredibly toned physique.

Friday: Back and Biceps 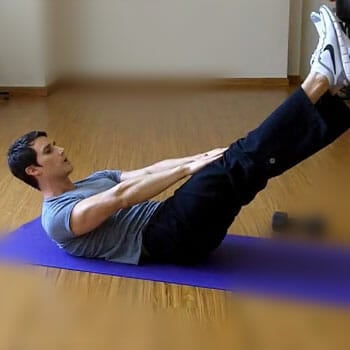 Jared Leto doesn’t seem to like days on which he has no exercises to do. And for active recovery, the Jared Leto workout schedule includes a commitment to spending time outdoors on walks, hikes, and some water sports as well.

The Jared Leto workout routines are tough going, and you’ll enjoy the rest day on this schedule.

At the same time, it shouldn’t be a day where you sleep all day on the couch. Go for leisure walks in nature or do some light yoga as a way to help your mind-body-connection and allow for faster recovery.

“I showed up in L.A. with $500 and a backpack, and I stayed at a shelter, so nobody handed me anything. I worked for every single thing that I have.”

The Jared Leto workout regimen will require a lot of focus on what you do and don’t eat.

And there are two areas that he’s most vocal about.

Jared avoids junk food and sugary treats at all costs, which results in a diet that is low in carbs. While he does allow occasional cheat meals and some ice cream, these are carefully planned to not interfere with his weight goals and workout sessions.

If you don’t want to waste all the hard work from the exercises, then it’s a good idea to follow this advice.

PETA has voted Jared Leto to be the world's sexiest vegetarian [1], and that’s a nice award to have next to making the list for People Magazine’s Most Beautiful People in the World.

It’s great to hear that Jared is an outspoken animal activist who believes he has achieved a lot of his physical success from abandoning animal products.

He also says it helped him overcome health problems, and the switch has had no impact on his training volume or endurance.

This is a simple kind of diet plan, and the idea is to not overthink it too much.

It’s important to track everything you eat in a journal or app like Noom. That way, you’ll know your daily macros and calories at the same time.

All gym goers that follow the Jared Leto workout should also consider taking these supplements.

Because Jared sticks to a vegan diet, he’ll mainly focus on blends of rice, pea, and soy protein powders.

You need that blend to get the full amino acid profile. Another vegan alternative would be a hemp protein powder [2].

The reason athletes take creatine is all down to how it can give you a small boost in mental and physical performance levels.

No matter what activity you’re doing, creatine can boost your cell-level ATP supply, which is what every single cell in your body uses for energy.

Will You Try The Jared Leto Workout?

The Jared Leto workout is not something you can approach lightly. But if you want to aim for maximum transformations, then the above split workouts and active outdoor days should work incredibly well.

Also, don’t let the plant-based diet concept hold you back either.

As long as you eat a healthy diet with no junk food and sugar, this fitness routine will provide great results.

By Isaac Robertson 17 hours ago
The Calisthenics Diet
What To Eat & What Supplements To Take?