Playing the “Falcon” is one thing, but taking on the role of Captain America is another.

I’ve followed the actor since he appeared in “Captain America: The Winter Soldier,” and judging by his incredible physique, it’s clear that he’s been putting in the work.

We spent many hours researching his workout regime and definitely learned a lot.

So how did Anthony Mackie get his superhero body? Let’s find out.

Mackie played the “Falcon” in:

Mackie has been enjoying an amazing career so far, and apart from his work on the silver screen, he's also known for his ripped physique.

Here’s how he got it.

Mackie is a morning person who likes to get up early to hit the gym. And the first thing he does upon waking up is a hundred push-ups to keep his body warm.

After his morning push-ups, Mackie runs four miles to the gym to get his cardio in before working out.

Once he reaches the gym, he starts doing 30 minutes of leg exercises such as squats, jumping squats, burpees, and box jumps. He also hits the abs 20 minutes every day.

Every Monday and Thursday, Mackie does 11 different exercises focusing on the chest and triceps.

Every Tuesday and Friday, Mackie also hits a total of 11 exercises focusing on the back and biceps.

On Wednesday and Saturday, Mackie focuses on his legs and shoulders.

Many of Mackie's movies have called for him to be in shape.

But the most physically demanding of them all was probably "Pain & Gain," where he, Mark Wahlberg, and Dwayne Johnson played the roles of jacked bodybuilders. For this movie, he had to hit the weights hard to portray meathead Adrian Doorbal.

Since he was given only five weeks to get in shape before shooting, Mackie started a "heavy lifting and no cardio" regimen.

He revealed his bulking-up workout routine in an interview with Men's Health.

"I was max repping. At the end of every set, I would max out. I was doing chest and thighs, back and tris and shoulders, and then Friday would be legs, and I would start over again. It was just constantly ripping the muscle, giving it four days to recover, and then going right back into it."

For "The Winter Soldier," he didn't want to look tiny next to the super-jacked Chris Evans, whom he said was in "such good shape."

Falcon (aka Sam Wilson) hasn't taken the Super Soldier serum like Cap. However, the comics describe him as a massive guy who stood 6'3 and weighed 245 pounds.

So, for the next five months, until the start of the filming, Mackie went back to his high school workouts and started doing two-a-days to get to 230 pounds.

Aside from his hard work at the gym, getting enough sleep is a key aspect of Mackie's fitness regimen. 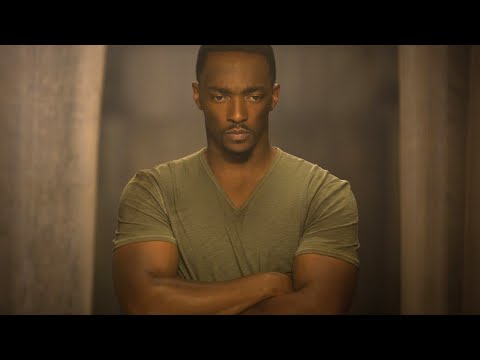 Mackie personally designed a meal plan that would help him lean out for the camera.

To him, meal plans are very important because, as he says, “every day is leg day.”

Since he tends to lift heavy and bulk easily, he tries to cut as much fat as possible from his diet. He also makes sure that he eats every hour to help build up his muscles.

He also enjoys having a portion of steel-cut oats, which provides his body with the carbs he needs for his workouts.

Mackie tries to have his big meals in the middle of the day, so he eats a pretty generous lunch.

He will do two to three grilled chicken cutlets, some vegetables with hummus, and a salad. He makes sure to eat lean protein and sometimes, he opts for brown rice.

Mackie’s go-to snack is unsalted almonds, and he has a cheat day once a week. 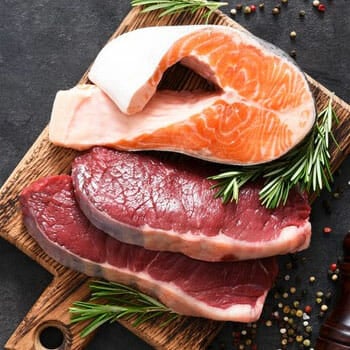 The Falcon is a big meat lover, so he usually eats lean protein like chicken and fish for dinner.

If he has to eat red meat, he will go for bison and buffalo, although his "favorite meat on earth" is lamb.

Mackie would sometimes go to his favorite butcher to get "something wild," like a rabbit to spice up his evening meal.

He then pairs that with some brown rice or quinoa. 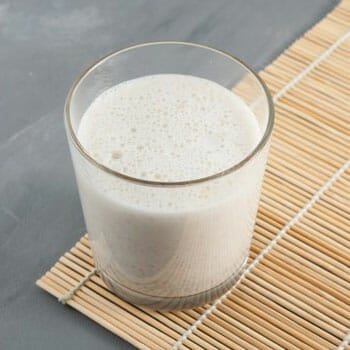 Mackie isn’t big on using coffee or any energy drink as pre-workout beverages.

However, he uses the staple protein shake after every workout.

To make his protein shake, he mixes almond water, almond milk, a scoop of vegan-based protein, and a tablespoon of powdered almond butter.

The Falcon also uses collagen and turmeric, which he says helps with joint repair and elasticity [1].

Are You Going to Try Mackie's Workout Routine?

Mackie has worked really hard to look the part for his superhero films, and it shows in his seriously jacked body.

Luckily for the actor, he's always cast in flicks that motivate him to get in exceptional form. But even without these roles, Mackie's discipline and commitment to fitness are truly worth emulating.

Please share your thoughts about the Anthony Mackie workout routine and diet plan and if it would work for you.