Is Terry Crews Natural or on Steroids (Revealed)

Terry Crews’ muscles earned him the nickname “the Black Hulk”. So, it’s no surprise that many people wonder if he’s on anabolic steroids.

Thanks to my eight-year experience as a fitness trainer, I know what the consequences of using steroids look like. And they’re pretty easy to spot.

Let me shed some light on whether Crews is on steroids by examining his body transformation during the years.

Does Terry Crews Use Steroids?

Most people aren’t aware that Crews was an NFL player before starring in Everyone Hates Chris and White Chicks.

He also had stints with the Washington Redskins, the Philadelphia Eagles, the San Diego Chargers, and several other teams.

Crews’ years-long football career was partly a result of his fantastic form. The actor began to lift weights when he was 14 and was always dedicated to staying fit.

In addition to that, Terry Crews is very health-conscious. He repeatedly stated that he perceives exercise as both a mental and physical practice at the same time [1].

This makes the rumor that he’s on steroids even less likely, as steroids can be harmful to both physical and mental health.

Terry Crews is currently 53 and still has a phenomenal physique, partly because of his rigorous workout routines and also because of his incredible genetics.

He still lifts weights and combines resistance training with lots of cardio. And we do mean a lot - Crews runs at least 4 miles a day [2].

He also does regular fastings, during which he likes to drink green tea or sports drinks.

Terry Crews himself chimed in on the topic. Here’s how he defended his natty status on Twitter [2]:

I have never taken steroids, and never will. I’m 100% all-natural. That may be why I’m so ugly. I meant that in a good way. - Terry Crews

He denied his alleged steroid use in some interviews, too [3]. Crews explained that his goal isn’t only to be ripped but also to maintain a healthy mindset.

Appearance-wise, Terry Crews remained pretty much the same throughout his career in the film industry. He has always looked ripped on screen.

But most people don’t know that his body changed drastically after he retired as a professional athlete.

That’s when Crews put on 30 pounds. He described that this made him depressed. He could no longer run as fast as he could, and he felt like a loser [3].

That's when he started lifting weights and doing pull-ups again. Later, he combined weightlifting with intermittent fasting (IF) and cardio which helped him lose fat.

Why Are People Wondering If Terry Crews Is On Steroids?

There are two main reasons why people are wondering if Terry Crews is on steroids.

The first is that many Hollywood actors, like Arnold Schwarzenegger, openly admitted to using steroids. Many others didn’t, but their bodies gave their secrets away.

In other words, Hollywood is no stranger to steroids - nor other supplements that promote beauty and fitness. And Crews is a pretty big shot in Hollywood.

The second reason people suspect Crews is on steroids is, of course, his impressive muscle mass.

You can’t deny that Crews is almost all muscle and no fat. Many people believe he couldn’t have achieved such excellent results without ‘roids.

3 Symptoms That Would Have Given Terry Crews Away

People who take steroids usually suffer from specific side effects.

We’ll go through the three most important ones to see if Terry Crews shows any symptoms of steroid use.

This comparison will help us solidify our conclusion as to whether or not he’s using ‘roids.

Thinner skin. Steroids decrease the synthesis of collagen, a protein that makes the skin thicker. This pushes the veins closer to the surface of the skin.

Let’s add to that that Crews is in his 50s, so his body already produces less collagen. If he was taking steroids, his veins would now be very visible.

Also, Crews is a pretty muscly guy—and more muscle requires more blood flow to deliver nutrients to the cells. In short, his muscles would make him even veinier.

Lastly, he has virtually no body fat. Less fat leads to less skin, so the veins can’t be hidden. All this adds up:

But Terry Crews has little vascularity. He has thick skin, which would be physically impossible if he was on steroids. Some steroids convert to the female hormone called estrogen [4].

High levels of estrogen can lead to gynecomastia, a medical term for enlarged breasts.

Although Crews undeniably has big muscles in his upper body, he certainly doesn’t suffer from gynecomastia.

This also supports the theory that he isn’t on steroids.

About 70% of steroid users experience significant weight gain [5], making it a common side effect.

As we’ve said, Crews put on some pounds only once in his life - after retiring from football. And you can’t say that he was more muscly then than he is now.

So, claiming that his weight gain was a consequence of steroids makes less sense than Crews’ explanation.

So, Is Terry Crews On Steroids?

Nope, he’s natty. Terry Crews is focused on making his body strong inside and out, which can’t be achieved with unhealthy supplements. Crews’ health consciousness immediately led us to believe that he’s natural.

In addition to that, we also didn’t find any evidence that he is on steroids. He doesn’t show any symptoms that would surely occur at his age.

So, it seems that Crews has built his muscles with hard work, dedication, and patience, and you may achieve the same results with the help of our recommended legal and effective steroids. These products are designed to help naturally accelerate muscle growth when taken during regular exercise and a balanced diet. 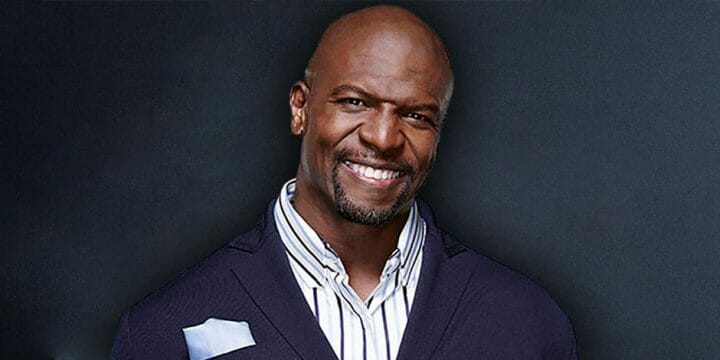 Fitness 2 months ago
Is Stefi Cohen Natural or on Steroids? (Revealed)

Fitness 4 weeks ago
Is Jinder Mahal Natural or on Steroids? (Revealed)