As a personal fitness coach, I’m always looking out for supplements that can help improve physical and mental fitness levels.

And new nootropic supplements constantly appear on my social media feeds, claiming to give you superpower brain abilities.

One of these products is Mushroom Brain Boost.

So, our team got together with nine clients to research and test the effects. We got all participants to keep an hourly journal to track their concentration and levels of focus.

We ran this test for four weeks and then compared all the notes.

What Is Mushroom Brain Boost? Mushroom Brain Boost is a natural supplement that claims to impact your brain energy levels. It also claims to support memory development, knowledge, concentration, and overall focus throughout the day.

It’s entirely based on natural ingredients, with most of them extracted from mushrooms.

The supplement comes in a convenient capsule form and is marketed for individuals over 18.

I also had a look at the original Mushroom Brain Boost formula to see if the company has adjusted it over time. From what I was able to see, the formula hasn’t changed since the product was first released.

Let’s take a look at what’s in each capsule. To test Mushroom Brain Boost, we had nine clients keep an hourly journal to track their mood, concentration, focus, and ability to memorize stuff.

These are all the intended areas that the company claims to help, and after one week of journaling without a nootropic, our test groups spent four weeks taking Mushroom Brain Boost.

Overall, we did see improvements in brain energy levels and memory when taking Mushroom Brain Boost, which our nutritionist thinks could be down to the DMAE in the formula.

“DMAE is a compound that is known as a mind health compound. It does this by reducing buildup of what is known as the 'age pigment', which impairs cognitive function and is implicated in the cognitive decline with age.”

But two of the test group noted an absence of major changes in their daily life. And with those that reported improvements in memory and mood, all of them found that the effect wore off after about two to three hours.

It could be boosting brain health, but we think that other products have a longer-lasting effect. I had a nutritionist review the nutritional label for Mushroom Brain Boost, and this is the feedback she gave me.

Now let’s take a look at what kind of benefits our Mushroom Brain Boost testing revealed.

Out of our testing group, a few of our clients reported that taking Mushroom Brain Boost caused itchy and burning skin.

Nonetheless, we decided to research online customer reviews and forum comments as well to see if others reported this.

What we found with Mushroom Brain Boost is that quite a few people did say that they had some allergic reactions.

So I would suggest checking the above ingredients to see if there’s something you’ve had trouble with before.

Where Can You Buy It? You can buy Mushroom Brain Boost currently only on Amazon.

I generally prefer it when companies sell directly, as that’s the best way to avoid a counterfeit product.

I ordered several bottles throughout our testing phase to test the turnaround time. On average, it took about four days for delivery.

But one problem I noticed is that it’s often out of stock. That means you could run low and not be able to get another delivery for several weeks.

We took a close look at dozens of Mushroom Brain Boost reviews online to see what other people have experienced.

He found that it had a very fast effect on mental energy, but he did report some itchy skin reactions.

This user reported a lot of positive effects, including improved blood flow. He did find it gave him hot flushes and reduced his intake to just one capsule.

How Does It Compare to Other Supplements? The final thing we did was compare our test results with Mushroom Brain Boost to three other products.

First of all, we took a look at Mind Lab Pro. What we instantly noticed is that our testing on this showed consistent improvements in concentration for the entire day.

The second product we compared it to was Onnit Alpha Brain supplement. This is one of the products that we found where there were the fewest side effects reported online, as well as in our test group.

And finally, Gorilla Mind Smooth has a far more positive effect on overall mood throughout daily life. All three of these products seem to work considerably better.

Is It Safe To Take Mushroom Brain Boost Every Day?

Yes, it’s safe to take Mushroom Brain Boost every day. All of the ingredients are classed as generally safe. However, if you have known allergies to any of them, you should consider other options.

No Mushroom Brain Boost doesn’t contain any banned or illegal ingredients. This is important from a safety perspective but also for performance athletes who can’t risk a positive drug test.

Should You Invest in Mushroom Brain Boost?

No, we wouldn’t suggest that our readers and clients buy Mushroom Brain Boost. The benefits that we did experience only lasted a few hours, and so many people complained about rashes and itchy skin.

If you want to boost your cognitive abilities and lift your mood more consistently, then I would suggest opting for Mind Lab Pro. It delivers much more consistent and long-lasting results with none of the annoying side effects.

Give it a try to find out how much of a difference it can make for your focus. 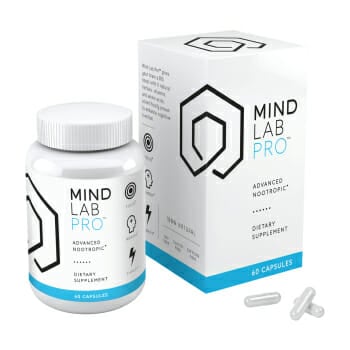 By Connor Sellers 4 weeks ago
Thesis Nootropics Review (2022) Is It Worth The Hype? By Connor Sellers 1 week ago
Avantera Elevate Review (2022) Does This Supplement Work? By Connor Sellers 3 weeks ago
Neuriva Plus Brain Health Review (2022) Should You Buy It? By Connor Sellers 4 weeks ago
FocusAid Review (2022) Does This Energy Drink Work? By Connor Sellers 4 days ago
Mind Lab Pro Review (2022) Is It Worth Buying?