Skip to content
Total Shape is a reader-supported site. Purchases made through links may earn a commission. Learn more.

NLA For Her Shred Her Review
Does This Fat Burner Really Work?

There is a glaring lack of high-quality fat-burning supplements on the market specifically designed for women.

When I researched the best fat burners for women today, Shred Her by NLA for Her kept emerging as one of the top products.

The brand says they created this supplement for women to aid in fat loss, increasing energy levels, and suppressing appetite.

My clients spent the last few months testing this product to see if it lives up to the marketing hype. Here’s my Shred Her review.

Table of Contents
What is Shred Her? Ingredients How to Take NLA for Her Shred Her Pros and Cons Shred Her Side Effects How Much Does It Cost? Customer Reviews Shred Her: Do I Recommend It?

What is Shred Her? 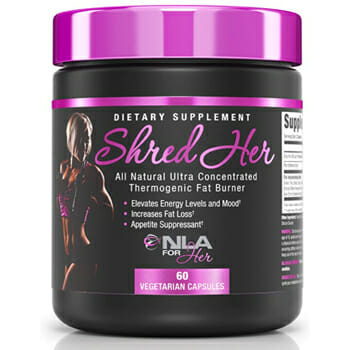 Shred Her is the brainchild of NLA for Her, a brand that manufactures premium sports supplements for women.

Established in November 2012 in Los Angeles, California, the company is relatively young, but they’ve already produced a varied line-up of supplements, including pre-workouts, protein shakes, and fat burners.

The brand says this product is scientifically formulated and dosed for females and designed to rapidly promote fat loss and preserve muscle using a mix of powerful and all-natural ingredients.

Shred Her is labeled as an “all natural ultra concentrated thermogenic fat burner.”

The term “thermogenic” literally means heat-producing, which means this supplement works by cranking up the body’s natural temperature, which, in turn, can help users eliminate fat and maintain a lean physique.

When your body burns calories, it produces more heat, so supplements that supercharge metabolism or fat burning are considered thermogenic [1].

NLA for Her claims that Shred Her is the ideal fat burner for women because it elevates energy, increases fat loss, supports appetite control, and even lifts your mood.

Although it contains caffeine, the company says these capsules—when appropriately taken—can help boost your energy levels without the jitters.

Since Shred Her is made up of all-natural ingredients, NLA for Her says it’s safe to take for long periods.

The ingredients below are the “fat incinerating matrix” in Shred Her. 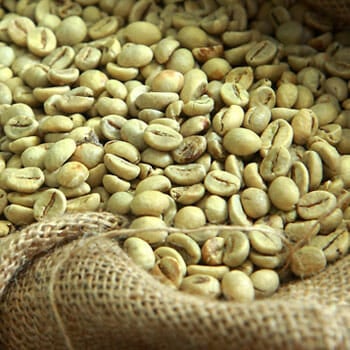 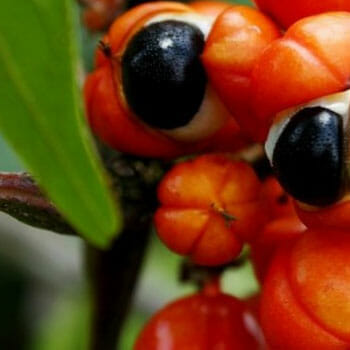 How to Take NLA for Her Shred Her 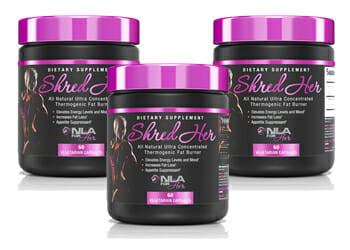 The manufacturer recommends taking a maximum of two capsules of Shred Her per day.

Take 1 pill immediately upon waking and a second one three to six hours later.

Following this interval should help boost your metabolism and keep your body in a thermogenic, fat-burning state all day.

This natural fat burner is loaded with caffeine, so it might be best not to take it a few hours before your sleeping time.

Here’s a quick summary of the Shred Her pros and cons:

Shred Her Side Effects

Although Shred Her is made with all-natural ingredients, that doesn’t necessarily mean that it’s 100% safe.

I’m mainly concerned about its bitter orange component. As I mentioned earlier, this fruit contains an active ingredient called synephrine, which the National Collegiate Athletic Association lists as a banned substance [4].

While this ingredient is purported to help with weight loss, it’s possibly unsafe, especially when combined with stimulants such as caffeine - which this supplement is brimming with.

“Bitter orange, particularly when taken with stimulants such as caffeine or caffeine-containing herbs, increases the risk for high blood pressure, fainting, heart attack, stroke, and other severe side effects.” - RxList.com

It has an alarming list of possible adverse effects, including high blood pressure, fainting, heart attack, stroke, and headaches [5].

Given the caffeine content from the green tea, green coffee bean, and guarana—which can already help with weight loss and athletic performance—I believe Shred Her could have gone without this potentially dangerous element.

For those having problems with caffeine, I strongly recommend checking out some of the best stim-free fat burners.

How Much Does It Cost?

The NLA for Her Shred Her contains 60 pills per container, which is priced reasonably.

If you avail of a subscription, you can slash off at least 20% off the original price of this supplement.

The company offers a 100% money-back guarantee in case you aren’t satisfied with the results from this fat burner.

Based on my research, I found that users had varying opinions about Shred Her.

Let’s start with the good ones.

“I really like this product! It has helped curb my cravings and has done wonders to my energy levels. I don’t feel tired all the time anymore and my cravings for chocolate and sugar have almost disappeared!” - Alisha L.

“I’ve been using Shred Her for about 2 months now. Immediately upon taking it, I have never felt any jitters or had any crash. My trainer recommended this to me and it helped me lose those extra pounds. Sometimes, I would even drink coffee after taking the pills. Still, I didn’t get any speedy heart palpitations! Love this product and would definitely recommend it.” - Nery V.

While some users claim to have experienced no trace of anxiety with Shred Her, the review below says otherwise.

“I took this twice and felt so jittery that my heart felt like it was going to stop. I know that if you go to the gym and do pre workouts you could get a little jittery. However, this one felt like I was taking some dangerous drug.”

The following review suggests that this supplement could indeed cause headaches.

“Shred Her gave me the biggest headache and a host of other health problems. This is definitely not my favorite product and I won’t recommend it to anyone else. I had to take 3 days off work because of the side effects I experienced from this supplement.” - Jessica

Shred Her: Do I Recommend It?

Shred Her appears to be a promising fat burner for women.

My female clients said this supplement helped them shed a few extra pounds within two months of use. It also seems to work as an effective appetite suppressant.

However, its bitter orange component poses a slew of life-threatening adverse effects, making me a bit wary about advocating for this supplement.

The potential danger is just too great, and I believe the risk is not worth taking.

There are better and safer fat burning products on the market that I could recommend with confidence, like Leanbean.

This supplement is also catered to women. It has natural ingredients, and more importantly, it contains zero harmful stimulants. 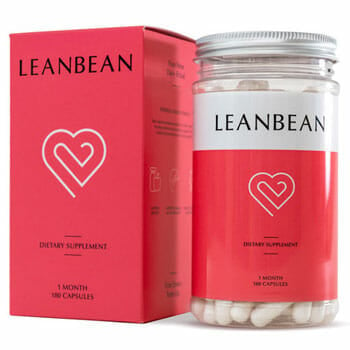 JYM Shred Review: Should You Include It On Your Weight Loss Program?

Evlution Nutrition ENGN Shred Pre-Workout Review
Is it Worth Buying?

Phen24 Review: Does It Really Work?

Please log in again. The login page will open in a new tab. After logging in you can close it and return to this page.