It seems like not a week goes by without more fat-burning supplements going through major advertising campaigns with celebrity endorsements. One of the recent additions to the market has been Plexus Metaburn.

We saw a few good reviews online, but with new products, you never know how many of them are real vs. sponsored reviews.

So, we teamed up with our dietitian and a few clients to research the ingredients and effects and assess tolerance levels with users.

Let’s get right into our Blue Star Blade review.

What Is Blade Fat Burner? Blue Star Nutraceuticals is the company behind this product, and the marketing materials claim that they have a proven formula to boost natural body heat generation to burn fat.

It may also help you avoid new fat cells from forming and could be a supporting supplement to help you with hunger cravings.

These are typical benefits that we have achieved with other products, so we were excited to see what our clients would say.

Now, I do have to add that this isn’t a magic pill. You’ll still need a sensible diet and a great exercise program to lose those unwanted pounds.

I first have to say that I was delighted to see that Blue Star Nutraceuticals decided not to hide its ingredient amounts behind a proprietary formula.

These kinds of labels drive me mad as it makes stacking with other supplements impossible to judge right.

We also found quite a few positive reports that it helped women and men burn fat quickly. And that also resulted in better energy levels for work and exercise.

Does Blade Fat Burner Have Downsides?

Blade Fat Burner has specific downsides relating to its caffeine content, limited effect on reducing appetite, and the size of its capsules.

The first thing we noted was that it did seem to contain some active ingredients that are typical for a fat-burning supplement. Because fasting is an important process for burning fat, I generally prefer products that help with hunger.

While the caffeine dose will likely be contributing to weight loss, the dose over two capsules is quite high and could mess up your sleep. That means more careful planning for each capsule.

And then there’s the size of the capsules. No, you don’t need to take four of them a day, but the size of each one is larger than what we’re used to with other supplements. So, the company claims that it has an award-winning formula. Let’s see if our dietitian was able to confirm that on the active ingredients.

Green tea extract is often used in detox supplements as green tea is one of the most potent antioxidants. That’s also a bonus for fat loss, as those fat cells also store toxins. But the real advantage is the impact on your fat storage.

Green tea has thermogenic properties that may help burn off a few extra calories by raising your body temperature [1].

Blue Star has also included 225 mg of caffeine anhydrous, which we generally like to see for fat burners. Caffeine is another known thermogenic like green tea, and the combination may help boost calorie burning that bit more [2].

Just be aware of this dose if you have high blood pressure, as caffeine may impact that in a negative way.

I’d never heard of CH-19 sweet pepper, but apparently, it’s just a technical term for a branded type of sweet pepper. Blue Star claims that this should help you reduce the amount of new fat storage that your body produces.

However, the label is a bit misleading here. It says there is 450 mg, but only 0.75% of that is the active ingredient. And that is less than what studies used to confirm this effect on fat [3].

Some studies have shown a link to fat oxidation, but the results don’t seem to be as good as caffeine [4]. It’s also important to understand that it’s not thermogenic, but it just might support fat release during exercise.

That would mean this could be better suited for a pre-workout supplement.

This could be one of the more important amino acids, as it plays a key role in avoiding a bottleneck when fat gets transformed into fatty acids. Once that has happened, acetyl L-carnitine helps transport fatty acids to body cells, where they are used for energy [5].

In theory, this should also help improve athletic performance, but the dosage of 400 mg might not be as strong as what we’ve seen in other supplements.

Blue Star says that it has included Yohimbine HCL to suppress the body's natural tendency to retain fat. Studies have looked into this effect [6], and they did find some evidence for this.

However, there is a catch.

The only studies that found an impact on fat storage involved elite athletes. So this might not be as relevant to many people who just want to lose a few pounds.

The main purpose of black pepper is not for its direct effect on fat. Many fat burners and other supplements include this extract to make the other ingredients more bioavailable.

That means that with a small amount of black pepper, you can make sure that your body absorbs all the herbs a lot faster. This has been clinically tested, and it’s something I welcome in fat burners [7].

How Does Blade Fat Burner Compare To Other Products? We compared Blade Fat Burner to other products like PhenQ, which we generally recommend because of its proven results in cutting and weight loss for male and female athletes.

When combined with a great diet and exercise routine, PhenQ has been shown to aid in faster fat reduction. While Blue Star has created a product that helped us lose fat, it wasn’t as effective as PhenQ is.

We also found that it didn’t increase energy levels as much either.

With PhenQ, the majority of our clients have had sustained fat metabolism without struggling with plateaus. And the added energy for life and exercise is one reason they all take it long term.

Other fat burners you may want to check out:

Where Can You Buy Blade Fat Burner? You can buy Blade Fat Burner on Amazon or the Blue Star Nutraceuticals website.

When it comes to fat-burning supplements, I always recommend going to the official site to avoid the risks of getting a fake product.

The big downside is that Blue Star doesn’t offer bulk discounts or a subscription service.

And every bottle is quite expensive compared to the products we recommend.

Shipping times when we ordered were reasonably good at about three days, and it was all packaged safely.

But we did find that it was out of stock on a few days that we checked. So keep that in mind if you need a continuous supply and don't want to run out.

Here are two of the online user reviews that we found interesting and confirmed our test results as well.

Shaun is an amateur wrestler, and he was looking for fat-burning supplements to help with his cutting phases. This was the third one he tried, and he found that it didn't significantly reduce his cutting time of ten days.  - Shaun from NY

He had been struggling with a weight loss plateau where his exercise and diet didn’t bring better results. While he thought it worked after finishing one bottle, he hit another plateau and eventually switched to a different product.  - Terry from Seattle

When Is the Best Time to Take Blade Fat Burner?

The best time to take Blade Fat Burner is first thing in the morning and then again in the early afternoon.

You should start with one capsule, then increase to two capsules after a few days. Also, avoid taking it late in the day to avoid sleep disruption from stimulants.

Yes, Blade Fat Burner contains stimulants in the form of caffeine. Two capsules contain about as much as a large cup of coffee, and you take two doses a day. For some people, that could result in jitters.

Should You Invest In Blade Fat Burner?

Based on our research, feedback from a dietitian, and client trials, we wouldn't recommend this product. The results are not good enough to make it to the top of our dietary supplement list.

Instead, consider investing in PhenQ. Our clients have been using it for a long time to help with losing pounds and just in cutting phases.

It all seems to come down to a clinically tested formula that provides chromium for fewer sugar cravings, caffeine for thermogenesis, and l-carnitine to transform fat into energy more effectively.

And with a healthy diet and a good exercise routine, it might help you achieve your goals quicker. 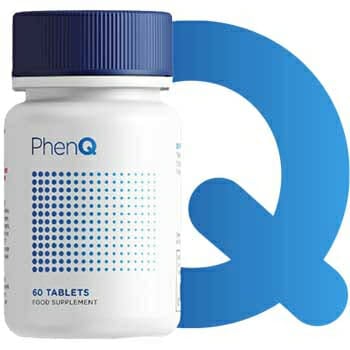 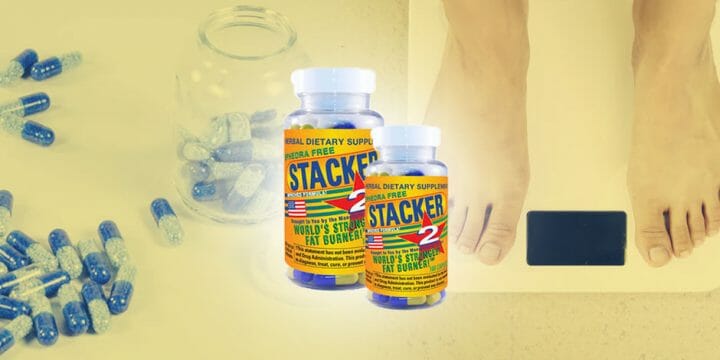