Is Joe Rogan Natural or on Steroids (Revealed)

I wouldn’t say that I’m a huge Joe Rogan fan, but as a personal trainer, I’m always interested in the way he interviews athletes. He has a great way with bodybuilders, powerlifters, and UFC fighters.

And one topic that he doesn’t hesitate to challenge is the use of anabolic steroids and growth hormones.

Surprisingly, he has managed to get many people to admit to taking steroids. But what I have found even more interesting is how open he is about the topic.

So, we spent many hours listening back to some of the more controversial podcast episodes to show you what he’s about.

Did Joe Rogan Take Steroids To Bulk Up?

Joe Rogan did take very low doses of steroids, but not to bulk up. He took low doses of steroids to overcome signs of aging. He is straightforward and honest about his testosterone replacement treatment (TRT), human growth hormone (HGH), and insulin growth factor-1 (IGF-1) use.

He spent a large part of his career as a UFC commentator and comedian. But it’s the fact that he has one of the most listened-to podcasts in the world that makes him such an interesting person.

According to some sources, he has over 200 million podcast downloads every month [1].

And something that he has often talked about is taking human growth hormone and undergoing hormone replacement therapy.

Why Are People Saying That He Is Still On Steroids?

People are saying he is still on steroids because he has admitted it and has never mentioned that he’s changed his mind about these types of drug treatments. But, it’s important to understand his reasoning and approach to the hormone replacement therapy.

Joe has mentioned on many episodes that he is on testosterone replacement therapy as well as a very light dose of human growth hormone (HGH). His goal is to keep his T-levels up and give his body more opportunities to repair and stay healthy.

His testosterone replacement therapy approach also involves going through a medical doctor to plan out and monitor the treatment. The main goal is to stay on top of his weight and fight many signs of aging, even on his pituitary gland.

He has talked to many scientists and doctors on his show about taking all types of natural supplements on a weekly basis. One that has stood out for many people is that he has admitted to taking Nuvigil, which is a focus-improving drug.

People jumped on this to say he’s self-medicating. But the reality is that this is a drug that fighter pilots regularly use to help with their concentration levels.

Yes, Joe Rogan's guests have spoken about steroids and one of the most surprising ones was bodybuilding legend, Ronnie Coleman.

Ronnie admitted that he started taking steroids and testosterone when he was 30 [2]. The main reason was that he was getting his butt kicked by every bodybuilder who was ten years younger.

And in another recent episode, Joe was talking to sports journalist Mariana Van Zeller. He claimed that in today’s bodybuilding world, the use of anabolic steroids is so widespread that he doesn’t believe anyone serious in the business could compete without them.

“I’m obsessed with extreme winners because I think there’s a madness to it. I truly believe that in order to truly be great at something you have to give into a certain amount of madness.” 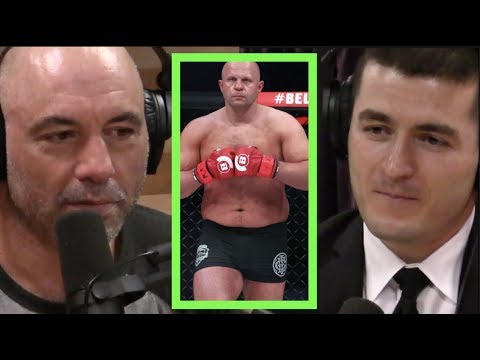 Is It Possible To Bulk Up Like Joe Rogan Without Steroids? Yes, it’s absolutely possible to bulk up like Joe without steroids, even if you’re in your 50s. And it doesn’t require testosterone therapy or other drugs.

Joe Rogan is a podcast host who understands the importance of diet and weight training to become a large hunk of a man.

Like most bodybuilders, he works out five days a week and doesn’t allow old age to stop him.

He has spent many years shaping his body and has gained a lot of insights into different bodybuilding approaches from his hundreds of guests over the years.

And that testosterone boost that he has spoken about in a recent episode is also possible with natural supplements. So, if you have bodybuilding ambitions in your 50s, then don't be turned away by the idea that it would require steroids.

Did Joe Rogan Ever Professionally Compete in Sports on Steroids?

Joe Rogan didn't ever professionally compete in sporting events while on steroids. He used to be a commentator for UFC fights and has trained in MMA, but he’s not a professional MMA fighter.

No, Joe Rogan hasn’t suffered health issues from steroids. He has been taking testosterone to improve his health and fight certain signs of aging, and he believes it is helping him stay healthy.

The Not So Surprising Truth About Joe Rogan And Steroids

Yes, he takes steroids, but there are medical reasons for doing so, and he is passionate about the fact that not everyone taking steroids is doing it for bad reasons.

He doesn’t want his body to age as fast as it normally would, and he has a doctor helping him with it.

It doesn’t have to require testosterone therapy or other drugs to bulk up like Joe.

We recommend you try these powerful legal steroid alternatives, combined to create an optimal anabolic environment in your body for fast muscle building. 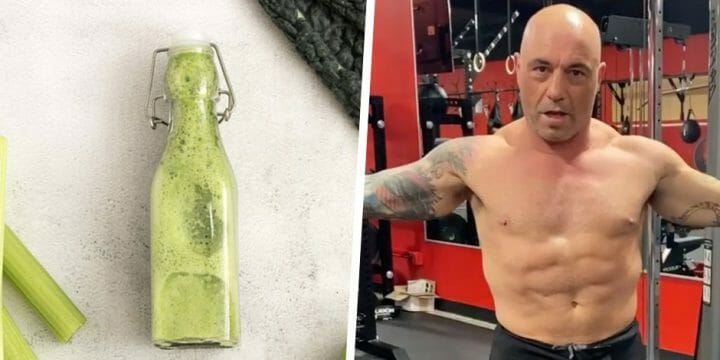 By Michael Garrico 1 year ago
Joe Rogan’s Kale Shakes Recipes
Should You Try These Smoothies? 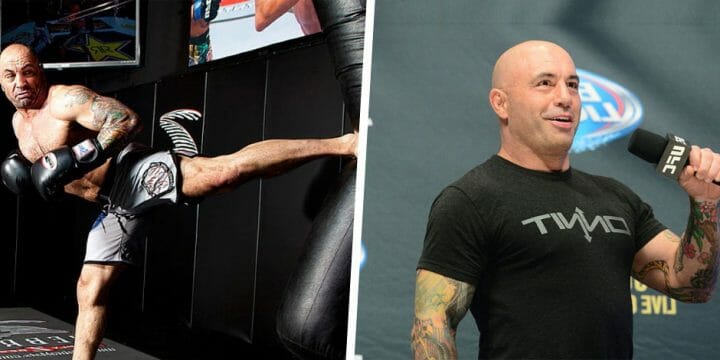 By Michael Garrico 14 hours ago
The Calisthenics Diet
What To Eat & What Supplements To Take?