One thing that annoys me as a personal trainer is seeing big advertising budgets for fat burner and pre-workout supplements that end up doing very little.

One product that followed me around social media ads is Double Tap, and when I saw a few people at the gym taking it, I had to find out if there was any truth to the big marketing promises.

So our team got together with a nutritionist and seven clients to research and test it out over a four-week period.

Here’s what we found for this Redcon1 Double Tap review.

What Is Double Tap? It makes big claims in the marketing material that it’s a potent fat burner that also helps to preserve muscle mass for bodybuilders.

That is an important feature for anyone going through a cutting phase after bulking, but very few supplements truly achieve this.

Along with the claimed fat loss, Redcon1 Double Tap also promises to be a good appetite suppressant, which should help to avoid snacking and allow you to extend intermittent fasting periods.

Let’s see what our tests revealed. 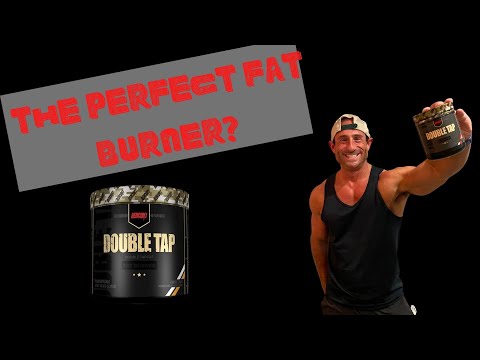 We had a careful look at our testing results after doing one week of regular training and diet as a baseline, followed by three weeks with Double Tap.

Double Tap has a good dose of green tea extract, which is known to burn fat through thermogenic processes (heat creation) [1].

But the added acetyl-l-carnitine has limited scientific evidence to help with fat burning and weight loss, and one study found that the effect declines over time [2].

Overall, we found that we were burning fat more than before, but only modestly more.

Both green tea and caffeine work well as a fat burner, but they have a limited impact on your appetite [3].

We also did not find enough evidence for the rest of the ingredients to support this claim.

Our trials also noted no major difference in hunger cravings, especially when taken on an empty stomach.

The other thing we tried to measure is the impact of Redcon1 Double Tap on our exercise regimen. The company claims that it’s designed to dramatically improve energy.

Unfortunately, that’s not something that we were able to measure, and I would suggest sticking with a pre-workout instead if you want a good energy formula.

Does Double Tap Have Downsides?

The first thing I would mention here is that Redcon1 Double Tap doesn’t seem to deliver on the promise that it will get you into the leanest possible shape.

It will help burn some more calories, but in our experience, it’s not enough to make a huge difference.

We also heard from a few people that they felt a bit nauseated for a while after taking Double Tap, which isn’t a great thing, especially for long-term use.

How Does It Compare To Other Fat Burners? We’ve tested most of the best fat burners for men, and when we compared our testing results to PhenQ, for example, there were huge differences.

We reviewed PhenQ and we found that it has a better formula to boost your metabolic rate, and the added chromium is known to help with stubborn appetite cravings [4].

The other product that had better results, especially for women, is the LeanBean fat burner.

It showed impressive results when compared with other products and we added it to the list of the best fat burners for women.

It has helped many of my clients resolve excess fat problems. It also has a great effect on appetite, thanks to a good dose of choline [5].

Who Should Avoid Redcon1 Double Tap?

The caffeine dose could have an impact on blood pressure and heart rate, so talk to your doctor first.

I would also say that if you need fast results for a cutting phase, then Double Tap isn't going to work fast enough. So serious bodybuilders should also look elsewhere.

Here are some reviews we found interesting on the official website.

“Took it for 5 days but was so constipated I had to stop. Is that a side effect? Consequently no weight loss only bloating!”

Can You Take Double Tap Every Day?

Yes, you can take Double Tap every day, but you might want to allow your stomach to get used to it by taking one or two days off a week. You should also take a longer break after about ten weeks.

Yes, Double Tap contains stimulants in the form of caffeine. It’s not a huge dose, but enough to make sensitive people a bit jittery.

Should You Invest In Double Tap?

We have concluded that our research and testing didn't provide good enough results to recommend Double Tap.

We had much better results on excess body fat with PhenQ, which seems to provide better health benefits through fat burning, boosted energy, and suppressed hunger cravings.

It also has a lower dose of caffeine, making it less likely to cause jitters or sleepless nights.

Order your first supply today to find out how much quicker you can get to your weight goals. Supplements 2 days ago
Provitalize Review (2022 Updated) Is It Legit or a Scam? 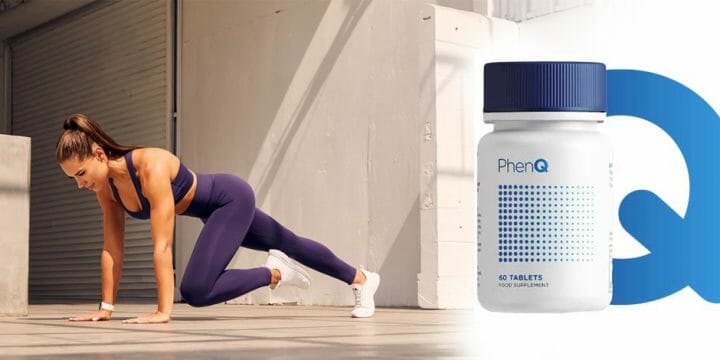 Supplements 4 days ago
PhenQ Review
Is It Really Effective For Weight Loss? Supplements 4 days ago
PhenGold vs Leanbean (2022 Review) Which One Is the Best?